Baron Corbin Net Worth: How Rich Is Happy Corbin? 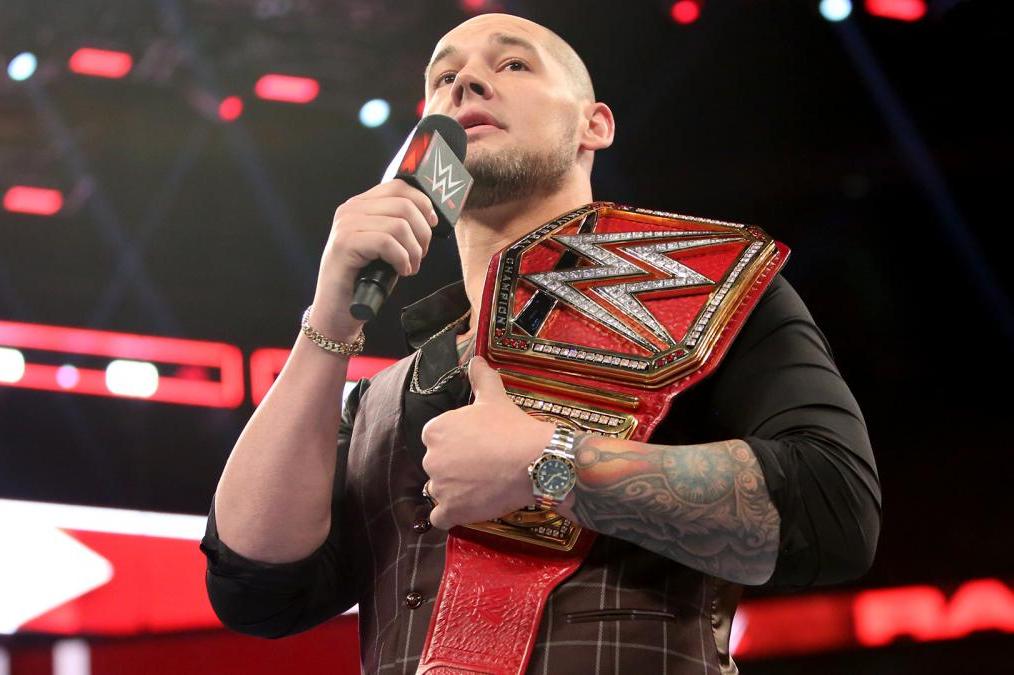 Baron Corbin is a professional wrestler from Kansas who rose to fame in the world of WWE. Corbin was born on September 13, 1984. He has been a grappling champion and an amateur boxer who won the Golden Glove three times. Originally known as Thomas Pestock, Baron has an intimidating personality with a height of 6 feet and 8 inches. Apart from wrestling and WWE, the 36-years old also tried a hand at professional American football. However, Corbin’s rise to wealth was due to his success in the WWE which was not easy to come by. The world of WWE also witnessed Baron getting from riches to rages as he had to open a GoFundme account to get back on his feet. So, did Baron Corbin get poor in real life, or was all that a stunt? Keep reading ahead to find the WWE SmackDown star’s net worth!

Baron Corbin could not fulfill the tough task of meeting the standards of the NFL. So, he had to shift his focus to wrestling and WWE. Baron made his debut in 2021 and was featured in the NXT. Corbin’s debut was not memorable for him, as he lost to Dante Dash in October. During his time at the NXT, Corbin could not win a major title. However, he remained a tough competitor, often upsetting his opponents and winning many singles games.

Baron impressed the world of WWE on his main roster debut at WrestleMania 32. He defeated the last man standing Kane to win Andre the Giant Memorial Battle Royal in 2016. Corbin had the best year of his WWE career in 2017 when he won the Money in The Bank Ladder Match. He was given a chance to challenge for any title of his choice. However, he could not make the best use of the opportunity when he challenged WWE Champion Jinder Mahal and had to face an unforgettable defeat. Baron came out strong when he surprised AJ Styles to win the Hell in the Cell championship. Baron Corbin finally became the Unites States Championship for the first time.

Corbin finally got the opportunity to appear in WWE Raw as a part of the Shake-Up in 2018. He was made the constable of raw, which attracted a lot of unwanted publicity. Moreover, Baron had a rough first year in the ring at RAW. Fortunately for Corbin, he won the King of the Ring tournament in 2018. He took part in the 16-member event and emerged a winner defeating the likes of Ricochet, Miz, Chad Gable, and Samoa Joe. Corban received the title of King after the tournament. However, a couple of years down the drain, King Corban’s world falls apart, and he loses all his money.

Baron returned to the world of WWE in June 2021, disappointed with life, when he presented his GoFundMe created by the WWE to help him with his financial crisis. Kevin Owens and Big E seemed to have come to steal the show when Corban explained his GoFundMe target being $100,000. Kevin shocked everyone when he offered some money to Baron’s GoFundMe campaign. The WWE world saw the King’s rise and his fall when they witnessed his car getting towed away.

Luckily, Corbin turned his life around, playing a hand in Vegas in what seems to be a unbelieve turnaround. Baron got a lease on life and managed to turn his fortunes. He made a big show on his return when he drove into the arena in a Bentley. Baron announced himself to be filthy rich and revealed his new name, Happy Corbin. Baron also started his Happy talk and was joined by an ally Madcap Moss.

Corbin got into a feud with Drew McIntyre on Happy Talk after he was denied an Intercontinental Championship match. Shockingly, he will face Drew McIntyre during the first night of WrestleMania 38 on Saturday, April 2, 2022. Drew also defeated Corbin and Moss at the Royal Rumble match. Thus, the change of luck for Baron Corbin has brought him fame and a big rivalry. So, without any further wet, let’s get to the net worth of Baron.

Happy Corbin currently earns $285,000 per year and has a net worth of $2 million. With luck back in his corner, Corbin would be looking to make the best of it while it lasts. Corbin is married to Rochelle Roman and has a daughter with her, who have stayed with him during the highs and lows of the WWE star’s life.

Share. Facebook Twitter Pinterest LinkedIn Tumblr Email
Previous ArticleMax Verstappen Is Fighting With A Knife Against The Gun Of Ferrari, Says Dutch Expert Tom Coronel!
Next Article What Are F1’s Rules & Regulations For 2022 That Made Mercedes Struggle

Roman Reigns Wife: Who Is The Wrestler Married To? Early Life And Career!

Shawn Michaels Wife: Who Is WWE Legend Married To? All Details About Early Life & Career