Aston Martin’s Mike Krack Reveals Three Areas Of Improvement For The AMR22! Will Be In Better Shape In A Couple Of Weeks 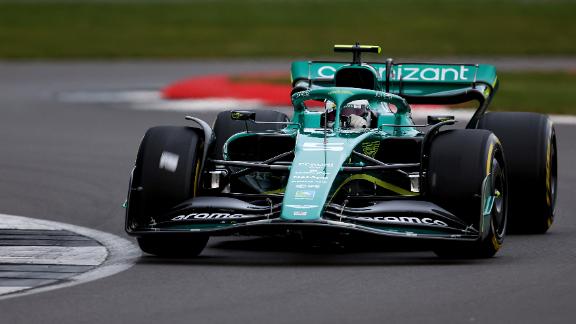 Aston Martin had a good run at the Emilia Romagna Grand Prix as the team scored their first points of the 2022 season. Both drivers, Sebastian Vettel and Lance Stroll, achieved a top 10 finish despite the wet-dry conditions in Imola. Lately, Aston Martin had a tough start to the season as they failed to score any points during the first three races of the season in Bahrain, Saudi Arabia, and Australia. The racing team started the season with a heavy car and faced one of the worst effects of porpoising on the track. They had a tough time adjusting to the new F1 regulations costing them the 2021 championship season.

Moreover, the bouncing phenomenon has forced Aston Martin to increase the ride height leading to a decline in downforce, ultimately affecting AMR22’s performance. Recently, team principal Mike Krack revealed that Aston Martin is working on several main aspects, which led to a series of incidents that resulted in Sebastian Vettel’s poor run in Australia.

Krack shared that the racing team has three main points they are working on. Aston Martin is firstly struggling with the aerodynamics of their AMR22. The second problem for the team is their overweight car. And the third aspect that Mike talked about was how Aston Martin could provide better feedback to its drivers regarding the suspension, steering, and the whole set-up of the AMR22.

The principal feels that the team needs to try and provide the drivers with a better feel of the car for them to extract more from the car. Mike pointed out that the racing team had seen a lot of incidences at various tracks. Like in Melbourne, when Aston Martin drivers struggled a lot. Moreover, the team principal added, “This is not normal. Drivers of this quality don’t go off all the time.”

Krack told that his team took a small leap at Imola, where Aston Martin brought small updates. The racing team made some track-specific changes. They also moved the floor stay forward to toughen the floor in a different area. Mike further said that Aston Martin is far from giving up on their AMR22. And it is also focusing on a 2023 design at the same time. The team also aims to bring upgrades to every race. Aston Martin plans on bringing significant upgrades to the floor and was rumored to bring in a revised sidepod concept earlier in the year.

Mike Krack feels that Aston Martin would be back in shape in a couple of races. However, he refused to state a specific date or event. Krack thinks that it would be unwise a specify a particular race. He explained that it needs time to understand the working of new parts after they are installed.

Furthermore, Mike shared that if the team brings a big package during a rain-affected GP event like Imola, where the teams got only one Friday practice session. The team would have no way to test or figure out the credibility of the upgrade. On that note, Krack feels that it is important not to specify a particular event to the outside world. The team principal added, ” You create a lot of expectations. And then everybody will consider you have failed.”

However, the Aston Martin boss also clarified that the racing him has an internal plan. And that plan will take the team in a better position in a couple of races.