Arsenal Very Close To Signing Leeds’ Raphinha After Barcelona Pulls Out Of The Transfer! 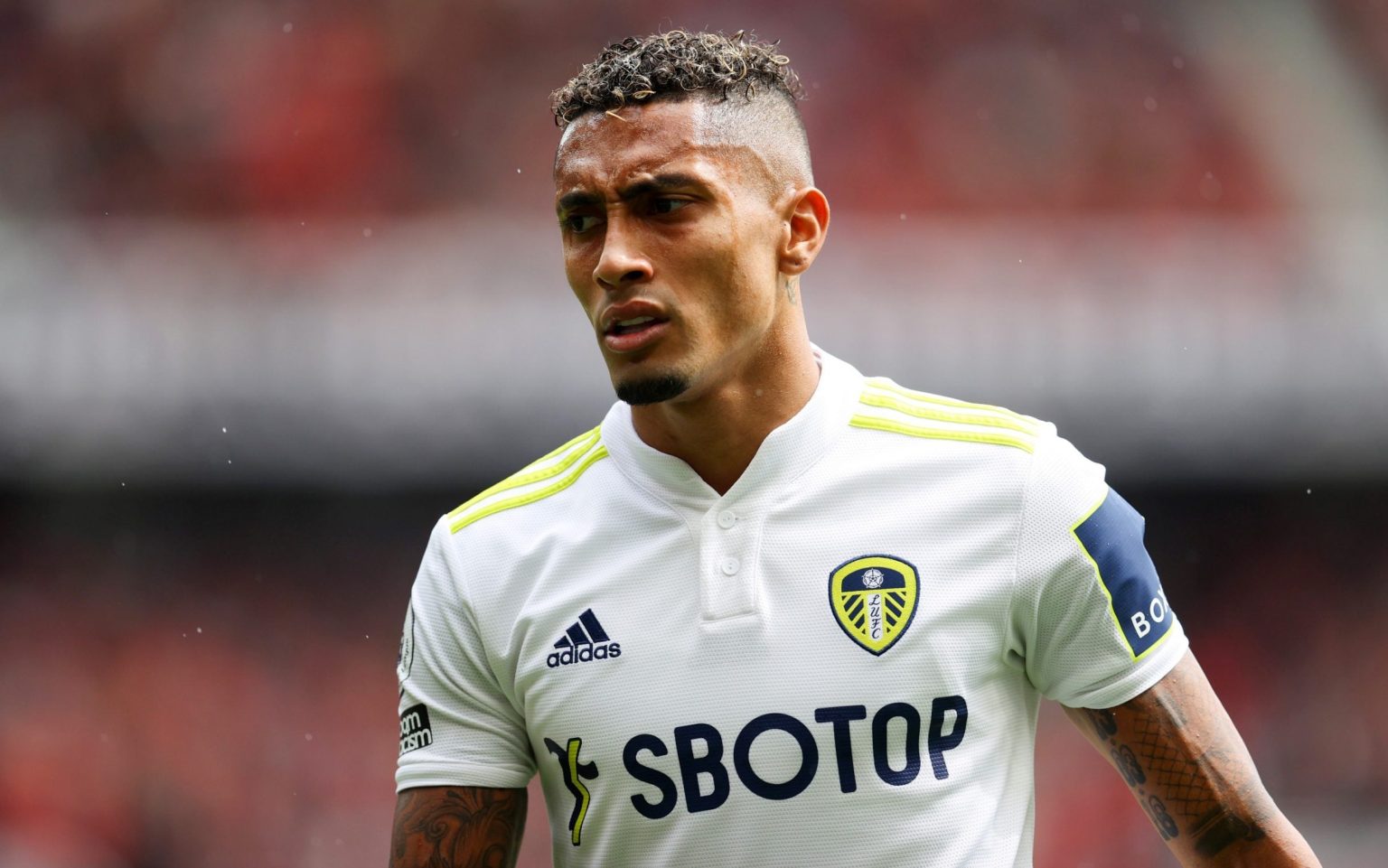 Arsenal is looking to strengthen their side after a disappointing end to the last Premier League season. The Gunners came very close to the fourth-place finish and a Champions League qualification before Tottenham outsmarted them during the latter stage of the season. Mikel Arteta is eyeing a bunch of players who could potentially end up in the Gunners’ camp next season. One such player that Arteta has on his radar is the Lees winger Raphina who has been waiting for Barcelona to make an offer for him.

The Brazilian national gathered interest from several football clubs this summer, including Barcelona. However, the Camp Nou club recently pulled out of the race, giving Arsenal an upper hand in the transfer discussions. Moreover, West ham also bid for Raphina in January, and Chelsea has also shown interest in the 25-year-old. As per reports, a transfer window is being finalized for the Leeds winger to the North London Club, who are willing to pay a much higher salary than their rivals.

Initially, Barcelona was thought to be the favorite to sign Raphina as the Brazilian was willing to go to the club on a lower salary. The Catalan club hoped that Lees would cut a good deal off the €50m deal for the youngster. Moreover, the club is on good terms with Raphina’s manager Deco, who was not willing to send the winger to any English club before Barca made a decision. He was hoping to replace Ousmane Dembele, who is being liked by Chelsea currently. Barcelona had not made an offer yet as Raphina ultimately ran out of patience. The Brazilian reportedly is not in the mood to wait anymore for Barcelona to make their move.

Has Raphina Agreed To The Arsenal Deal

The Leeds Unites winger has reportedly agreed in principle with Arsenal after Barcelona pulled back from the £47m asking price. With Xavi Harnadez’s side deciding to step back, the Gunners reportedly clinched the opportunity and are very close to signing the Brazilian youngster. The attacker hopes to close the deal with Arsenal this week.

If nothing changes, Raphina will join Fabio Vieira, whom the club recently signed on Friday. In addition, Tottenham has also shown interest in Raphina. However, the Spurs would only make a move if they failed to acquire Everton’s Richarlison. Moreover, the Gunners also have Manchester City’s Gabriel Jesus on their radar. The City forward is set to move to the Emirates Stadium for an asking price of €50m.