A New Job For Sebastian Vettel After The Retirement! Stefano Domenicali Has Some Plans In Mind 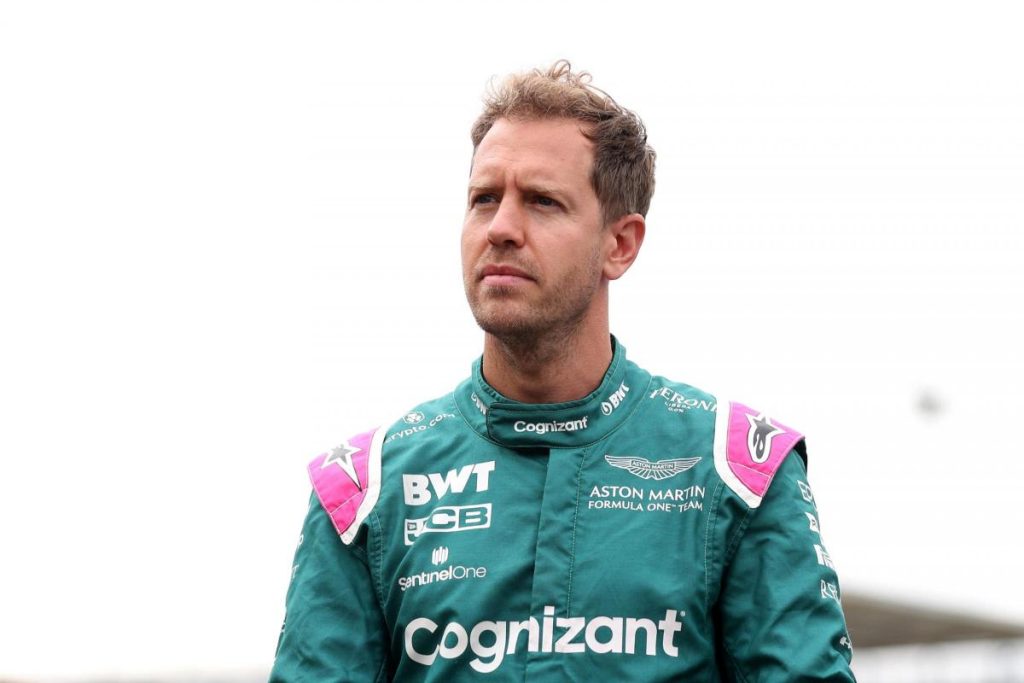 Four-time Formula One World Champion and a member of Aston Martin Sebastian Vettel recently decided to call it quits on his professional racing career. The reason he cites for the same is that he wants to spend more time with his family. Meanwhile, now the boss of Formula One group Stefano Domenicali has hinted that he might have a new role for Vettel in the next phase of his life. But what is that? Keep reading to find out-

Last week, legendary Formula One racer Sebastian Vettel announced his motorsports career retirement. And shortly after his announcement, the CEO of Formula One, Stefano Domenicali, stated, “I read it on the news. Now, I will speak to Sebastian.” Domenicali also suggested that he may provide the current Aston Martin driver with another position. Domenicali has demonstrated that once Vettel retires as a driver, he will welcome him to join the F1 “System.” However, it is still unknown whether Vettel is ready for a role as he quit F1 to spend more time with his family.

Stefano further mentioned that Sebastian will always be associated with Formula 1. “Of course, we want that connection to remain close in the future.” The CEO cleared that if Vettel is interested in becoming part of the F1 system and the approaches fit together, he would welcome the champ. However, fans already know that, after the season, Sebastian Vettel wants to sort himself out and enjoy time with his family. However, his passion and expertise for the environment, upkeep, and social progress have given rise to speculation that Vettel could have additional opportunities in F1.

Sebastian Vettel, a four-time world champion, suddenly announced on Instagram on July 28, 2022, that he would be leaving Formula One at the conclusion of the 2022 season. The Aston Martin driver admitted that he is certain about his choice to give up racing because he wants to spend more time with his family.

In his statement, Vettel mentioned, “I want to spend more time with my family. But today is not about saying goodbye. Rather, it is about saying thank you – to everyone – not least to the fans, without whose passionate support Formula 1 could not exist.”

The 2007 US Grand Prix was the German’s first race with BMW Sauber. Vettel won all four titles with Red Bull from 2010 to 2013, and he is third all-time in Grand Prix victories with 53. In advance of the Hungarian Grand Prix, Sebastian Vettel, who competes with Lance Stroll for Aston Martin, declared that this would be his final complete season in Formula 1. When Vettel announced his retirement, team principal Mike Krack commended him for everything he had brought to the team. He expressed his hope that Vettel would remain connected to the team in some other position.

Also Read Erick ten Hag To Bench Ronaldo For The Brighton Encounter After The Portuguese & Other Players Left The Pre-Season Game Early!

Share. Facebook Twitter Pinterest LinkedIn Tumblr Email
Previous ArticleMercedes Achieves Half Carbon Emission And More Ethnic Female Staff!
Next Article Why Is Mercedes Opting For Different Strategies For Russell And Hamilton? George Feels Mercedes Will Not Be The Fastest This Year