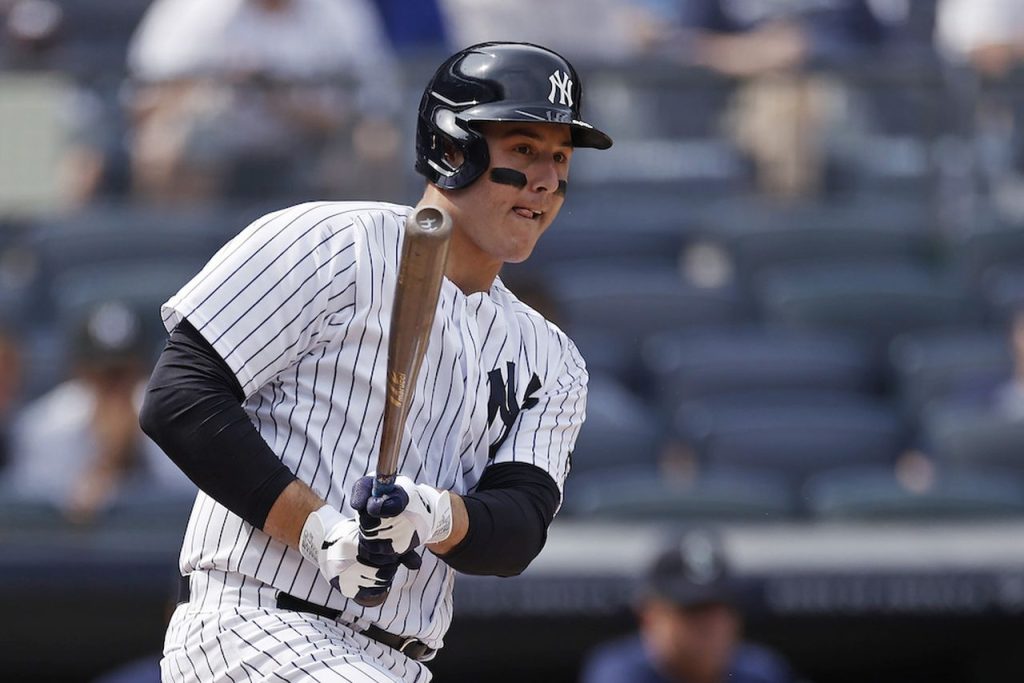 Nothing has been going the Yankees’ way this season except for Aaron Judge’s impeccable form as he continues to hit one homer after another. Meanwhile, fans were relieved when the earlier reports indicated that Anthony Rizzo would be back in the bullpen. However, now, the word is that the Yankees are placing Anthony Rizzo on the Injured List for ten days. But why is that? Keep reading to find out.

Anthony Rizzo On The Yankees’ IL!

The New York Yankees have had trouble scoring runs over the past few weeks. Now, they will be without their two left-handed hitters for some time. Their first baseman Anthony Rizzo has a back problem. So, he is put on the 10-day disabled list, manager Aaron Boone stated on Tuesday. This weekend, Andrew Benintendi was placed on the IL after breaking his hamate bone.

Aaron Boone hoped that Anthony might be ready to take the field on Wednesday and make his way into the lineup. However, this is not the case, as Rizzo has been placed on the IL. The manager added, “The images were good signs, as far as it not being. We’re trying to get our heads around this. Once he gets up and moving, he can’t do much.” Boone further answered when asked if DJ LeMahieu may benefit from a longer vacation rather than just a day or two off. He also brought up LeMahieu’s painful right toe and suggested that he spend some time in Illinois.

Meanwhile, it is a big blow for the Yankees side as Anthony Rizzo was having a strong season overall. But lately, his performance has slumped due to the creeping back injury. Anthony played his last game for the side on Wednesday, August 31. But after he got an epidural for his back, he started experiencing headaches. It is not yet confirmed whether the headaches have been caused by the epidural. Aaron Boone has revealed that Rizzo will undergo more medical examinations. Apparently, the Yankees were hoping that Rizzo might come by this weekend. But it seems like it won’t be the case.

Boone believes that Rizzo will need a few days to ramp up until he is fit to participate in baseball exercises again. The season has been streaky but power-heavy for Rizzo, who earlier this year dealt with a back problem. The 33-year-old is hitting 30 home runs and 71 RBI while slashing.225/.339/.493. It is also significant that the Yankees are reluctant to use New York’s backup first baseman on the field as much because of a toe problem. The Yankees have lost 20 of their previous 31 games while scoring 3.29 runs per game.

Also Read Billy Beane Net Worth: How Much Does The Former Baseball Own? All Details About Early Life & Career