What Is NBA Draft? How Does It Work? 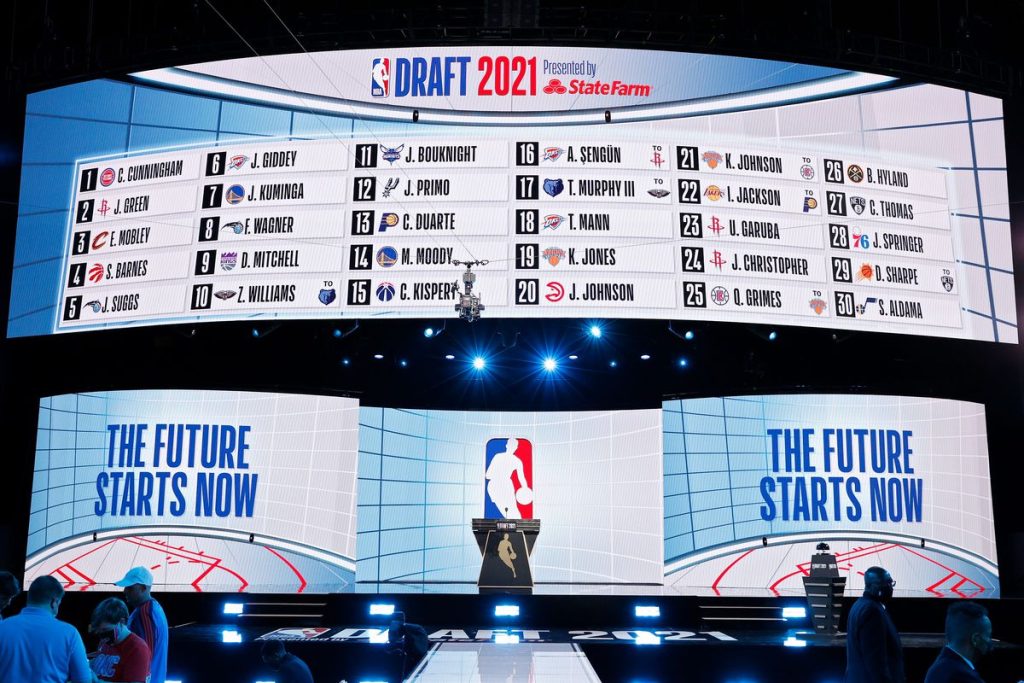 June is here! And so is the season of NBA Drafts 2022. Although most NBA fans are quite familiar with the process, it can be a little confusing if you are among those fans. Don’t worry. We’ve got you covered, as here’s everything you need to know about the NBA draft.

What Is The NBA Draft?

Every year, 30 clubs participate in the NBA draft, when players are chosen to bolster their rosters from American universities and other professional leagues. The inaugural NBA draft took place in 1947, and every year since then, it has been scheduled. National television has been broadcasting the NBA draft since 1980.

Typically, the draft takes place in the NBA offseason, at the end of June. Compared to the entrance drafts of the other main pro sports leagues in the United States and Canada, which are at least seven rounds long, the draft has only had two rounds since 1989. Each draft selects sixty players. Before becoming eligible for at least one draft, a player cannot sign with the NBA.

How Does NBA Draft Work?

The top 14 drafts may be acquired by the 14 clubs that did not make the playoffs in the previous regular season. A club cannot purposefully lose games in order to gain a higher choice, thanks to the lottery. The 16 choices for the remaining teams are determined by the reversed rankings from the previous regular season. The team with the best record will get the 30th choice.

This is followed by the club with the second-best record at the 19th spot, and so on. Meanwhile, there is no lottery system for the second round of the NBA draft. Instead, the players are selected by the teams in reverse order based on the last regular season’s positions.

What Is The Eligibility Criteria?

NBA draft follows certain eligibility criteria, and not everyone can be drafted. A player must be at least 19 years old in the draft year in order to be eligible to be selected. Additionally, they must have at least one year passed after their US high school graduation unless they are considered to be an “international player”. Sixty days prior to the draft date, a player may proclaim his eligibility.

If a player completes four years of college in the US or four years have passed since their high school graduating class, they are automatically eligible. Additionally, if they have ever participated in professional sports for a group outside the United States, they are immediately qualified. A non-international athlete who decides to declare oneself eligible for the draft despite not having finished four years of college in the US is referred to as an early entry player. The one-and-done rule requires early entrance players to have participated in collegiate athletics for at least one year.

The NBA’s minimum age requirement to be selected in the draft is 22 years old for overseas players. Players who are younger than 22 years old must declare their eligibility before the NBA draft can begin. A player is considered international if they have played basketball and have lived abroad permanently for at least three years prior to the draft. They must not have attended any American colleges and must not have finished high school there.

Can High School Players Be Drafted?

Several NBA legends, including four-time champion LeBron James and late Kobe Bryant, were drafted into the NBA straight out of their high schools. However, NBA made some changes in its drafting rules in the year 2006. NBA clubs are no longer permitted to choose a player right out of high school, per this regulation. Before a player may be selected in the NBA draft, there must be at least a one-year lapse after he graduates from high school.

Also Read What Is Porpoising In Formula 1? How Is It Affecting The 2022 Championship?