What Are WWE Ice Cream Bars? Where Can You Buy Them? Know All Details Here 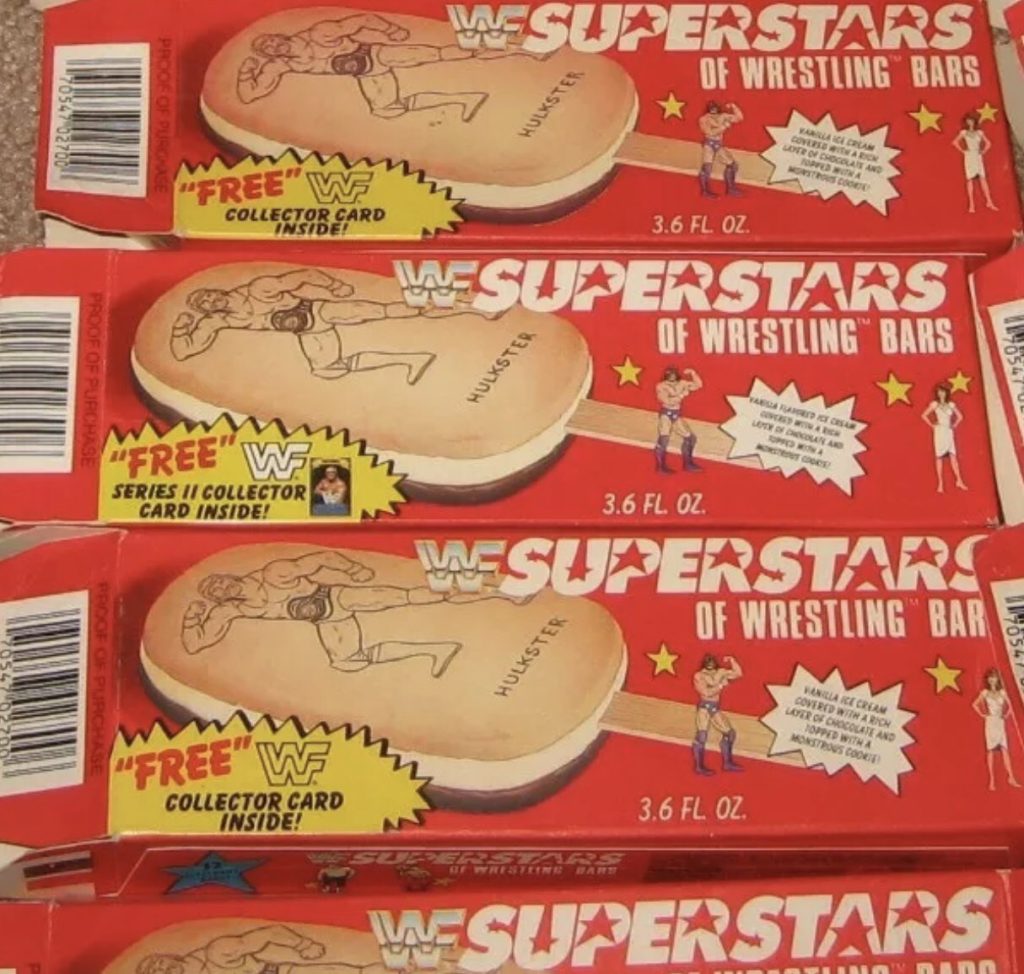 If you ask any WWE fans who grew up in the 1990s or early 2000s how does nostalgia taste like, their answer would be, much like WWE Ice Cream bars? The Iconic ice cream bars with WWE stars printed on them were the favorite dessert of every WWE geek. Although discontinued in 2009, many fans don’t know that WWE Ice Cream bars have been back in the market for quite some time now. So what are they? And where can you buy them? Keep reading to find out-

What Are WWF Ice Cream Bars!

In 1987, WWF Ice Cream Bars made their debut at concession stands owing to a collaboration with the Green Bay, Wisconsin-based Gold Bond Ice Cream Company. The two would collaborate to create the first batch of WWF Ice Cream Bars, which would become the most recognizable line the partnership had ever released. The idea is very straightforward: a generous helping of vanilla ice cream is sandwiched between a thick coating of dark chocolate and a cookie.

They were all assembled on a stick with images of the company’s biggest stars printed on top. The first edition included well-known selections like Andre, The Giant, “Macho Man” Randy Savage, and Hulk Hogan. The tag team Strike Force, Tito Santana, and Rick Martel are a few more odd selections. The cherry on the cake was that each bar would also be wrapped with a collectible WWF trading card. The relationship survived Good Humor’s 1989 acquisition of the Gold Bond Ice Cream Company.

Ever since the WWE Ice Cream bars were discontinued in 2009, there has been a growing demand among wrestling fans to bring back the iconic snack. Not simply the followers, as C.M. Punk referred to them after taking home Money in the Bank in 2011. Punk declared that one of his demands was his own ice cream bars as he listed his requests. The joke struck a chord with a sizable portion of the WWE audience, reviving interest in the company’s ice cream bars.

Fortunately, WWE once again collaborated with Good Humor in 2020 and released a new line of sweets featuring popular celebrities. However, this time in a little bit in a different form than what fans had remembered with nostalgia. The coating of chocolate and the wooden sticks were gone. Making the decision to explore the world of ice cream sandwiches instead. Only four superstars were available for selection: Becky Lynch, Roman Reigns, John Cena, and Randy Savage. While many were ecstatic at the news, several people were perplexed as to why their dream wasn’t entirely fulfilled.

A fresh spin on the well-known wrestling ice cream bars, Good Humor’s WWE Superstars Cookie Sandwiches are offered for home delivery in a few U.S. locations. Fans in the United Kingdom and others may be let down since it doesn’t appear that they will be distributed internationally; it appears that they will only be sold in supermarkets in the United States. The cost of the ice cream cookies ranges from $3 to $5.29.