The Yankees Want Aaron Judge To Return All By Himself, Not Rushing The Slugger To Make A Decision! 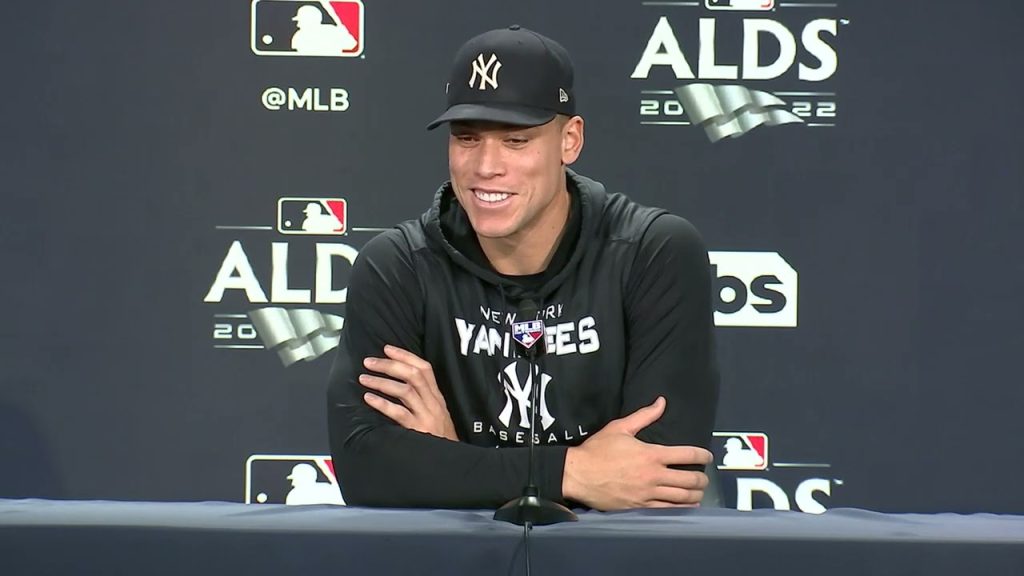 Aaron Judge has been th hot topic of news for the majority of the 2022 MLB season. But what is surprising is that in the offseason, his free agency has been making more news than his record-breaking season this year. Ever since Judge became a free agent, there have potential suitors for him in several teams.

Over the past few days, New York Yankees, SF Giants, and LA Dodgers have emerged as the frontrunners. Off late, several MLB insiders have claimed that the Yankees and Aaron Judge are in the advanced stages of finalizing a deal. However, recently, the Yankees official has hinted even though Judge remains their priority, they are not looking to rush him.

The Yankees Are Not Rushing Aaron Judge!

The back and forth between teh Yankees management and Aaron Judge has been going on for a while now. But it seems like the team still has a lot of patience. When Cashman arrived at the winter meetings on Monday, he claimed to have spoken with Page Odle, Judge’s agent, earlier in the day. However, there was still no word on whether the biggest free agent of the offseason would decide to stay in The Bronx.

Approximately eight years and $300 million are thought to have been the Yankees’ offer. Although the general manager claimed to have made a number of proposals since the end of the season, Cashman would not confirm those figures. Furthermore, the proposals are far different from the seven-year, $213.5 million deal Judge turned down on Opening Day. The Giants seem to be the most imminent risk to acquiring the slugger after Judge visited with them in San Francisco last month.

MLB.com stated on Monday that Judge would likely attend these discussions on Tuesday at the Grand Hyatt. However, a person close to Judge claimed on Monday night that Judge would not be arriving at this time. Aaron Judge was in Tampa on Monday night for the Buccaneers-Saints game at Raymond James Stadium. In the tunnel before the game, he also chatted with Tom Brady, a famous quarterback. Cashman stated that the Yankees might look to the free-agent shortstop market, which still features Dansby Swanson, Xander Bogaerts, and Carlos Correa if Judge leaves.

Due to the significant financial commitment required to sign Judge, the Yankees are now on hold with numerous other free agents while they await Judge’s decision. The Yankees have backup plans in case they can’t sign Aaron Judge. Cashman stated that the organization is unwilling to commit to making any other significant transactions. But GM admitted that by waiting for Judge to make up his mind on his future. The Yankees are assuming an increasing amount of risk as free agency progresses and more players exit the market.