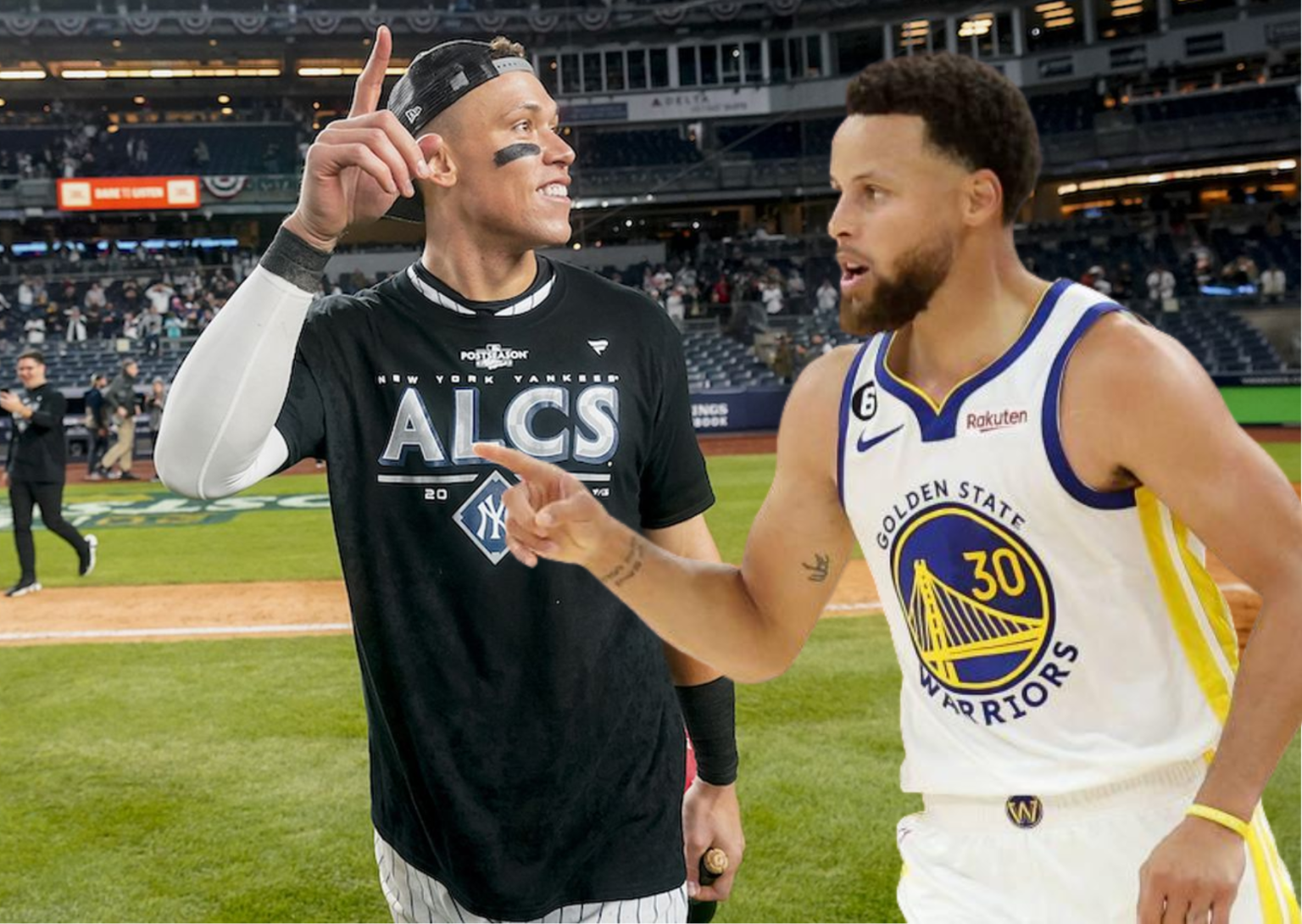 Signing players for club sports is all but an easy task. And all the planning, plotting, and backstage dealings involved are as interesting as it gets. As most of us know, Yankees’ Aaron Judge is currently the hottest commodity in the MLB free agency. There are several teams trying their best to recruit Judge on their side for the upcoming sides. And Aaron’s past team, NY Yankees, is the frontrunner at this moment.

However, recent reports of Aaron Judge having a meeting with the San Francisco Giants proved that they are not far behind. Now, something even more interesting has come to light. As per the rumors, NBA star Steph Curry is trying to convince Judge to join the Giants.

Is Warriors’ Steph Curry in Talks With Aaron Judge?

In order to discuss a potential new contract, Aaron Judge allegedly met with the Giants’ management for two full days. Everyone who appreciated that era is reminded of Barry Bonds by the thought of the team adding yet another powerful hitter. The Giants, though, are desperate to sign Aaron Judge to a contract with them because they truly don’t want to lose out on this once-in-a-lifetime chance, even if doing so requires combining sports to succeed.

According to NBC Sports Coast Area, the San Francisco Giants are luring Aaron Judge to the bay with the help of their local contacts. The Giants allegedly connected Judge with the agents of Golden State Warriors star Stephen Curry during their most recent meeting. In order to persuade Aaron Judge to sign with the Giants, San Francisco is hoping that a famous player like Stephen Curry can do so. If Judge were to settle in the Bay Area, Curry and he would share the spotlight as stars in their respective sports for many years.

The news about the Giants taking some help from Curry has been reported by NBC Sports Alex Pavlovic. According to Alex’s reports, Aaron Judge met with Curry earlier this week. Until now, it is not known how successful Curry has been in convincing Judge. However, he certainly is not the first non-baseball celebrity trying to sway Judges’ decisions. Previously, during Judge’s appearance in his talk show, Jimmy Fallon tried to get Aaron back in the Yankees camp.

The San Francisco Giants trying to use Curry’s star power might have been a brilliant move from their end. However, the New York Yankees fans were not happy with it as one would expect. The action is viewed as cheesy among Yankees supporters. They would want the Giants to make Judge an offer rather than adding more sportsmen to sweeten the deal.

According to some Yankees fans’ Steph Curry’s entry into the negotiations won’t be of much help. Although it would be wonderful to live in the same place, they don’t participate in the same sport. One joke from New Yorkers was that they could introduce Judge to some of the New York Giants and Knicks stars.

Also Read Yankees’ Aaron Judge Says He Is Enjoying Free Agency Like “A Thrill Ride”! Already Made Up His Mind About Future