Shawn Michaels Wife: Who Is WWE Legend Married To? All Details About Early Life & Career 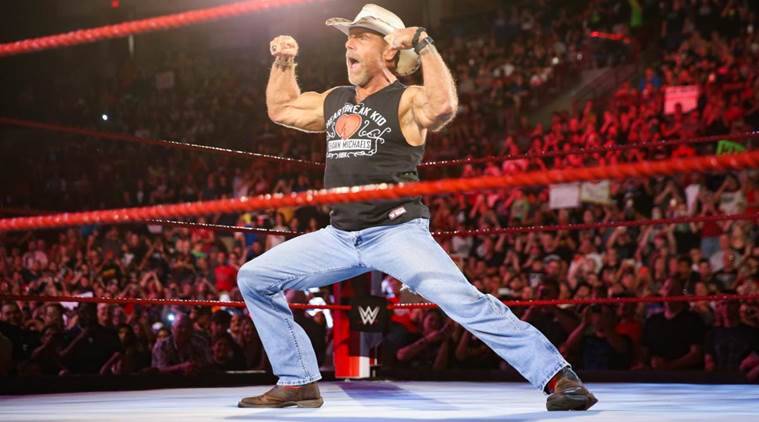 Call Him Mr. Wrestlemania, The Heartbreak Kid, or Shawn Michaels. There is just one man in the 1990s WWF roaster who had charisma like no other. Whether it be his iconic team with Triple H or legendary rivalry with The Undertaker, the career highlights of Shawn Michaels are one too many. But here we are shedding light on Shawn Michaels’ wife and his married life. So, keep reading.

Shawn Michaels has had a passion for pro wrestling ever since his childhood. Shawn Michaels began his professional wrestling career in Texas after finishing high school. He had formal training from the legendary Jose Lothario. In October 1984, Michaels made his professional wrestling debut with the National Wrestling Alliance. From 1985 to 1986, he also worked for the American Wrestling Association and Texas All-Star Wrestling (AWA). He was hired by World Wrestling Entertainment (WWE) in 1987 for a brief period as a part of The Rockers, but he was let go after only two weeks.

Marty Jannetty and Shawn Michaels returned to the WWF before the end of 1988 when they earned the nickname “Rockers.” The Brain Busters, Power and Glory, The Hart Foundation, The Fabulous Rougeaus, and the Orient Express are just a few groups with which the pair has engaged in some of their most intense conflicts. When the pair eventually split, Shawn Michaels carried on developing into the famed singles wrestler that he is now.

Shawn triumphed in the Elimination Chamber match over Kane, Triple H, Chris Jericho, Rob Van Dam, and Booker T in 2002 to claim the WWE Championship title. After a lengthy defeat, Shawn finally achieved a triumph in 2007. He defeated Edge and Randy Orton to win the Tag Team Championship alongside John Cena. Along with Triple-H, he shared his previous title triumph. He competed in a TLC match in 2009 to face Chris Jericho and Big Show to capture the WWE Unified Tag Team Championship.

Who Is Shawn Michaels’ Wife?

Shawn Michaels is currently married to  Rebecca Curci. She is well-known for her role as a Nitro Girl, going under the ring moniker Whisper in World Championship Wrestling. On March 31, 1999, the pair said their vows to one another in a private ceremony at the Graceland Wedding Chapel in Las Vegas, Nevada. Rebecca and Shawn have been wed for more than 21 years. Two children were born to them throughout the marriage.

He was raised a Catholic but, under the influence of his wife, subsequently converted to Christianity. Michaels and his wife left their San Antonio home after he retired in 2010 and went to their ranch in Texas. Previously, in 1988, Shawn wed Theresa Lynn Wood. However, they had a friendly divorce in 1994. Shawn turned to drugs and alcohol as a result of their split, but he subsequently found solace in Curci’s embrace.