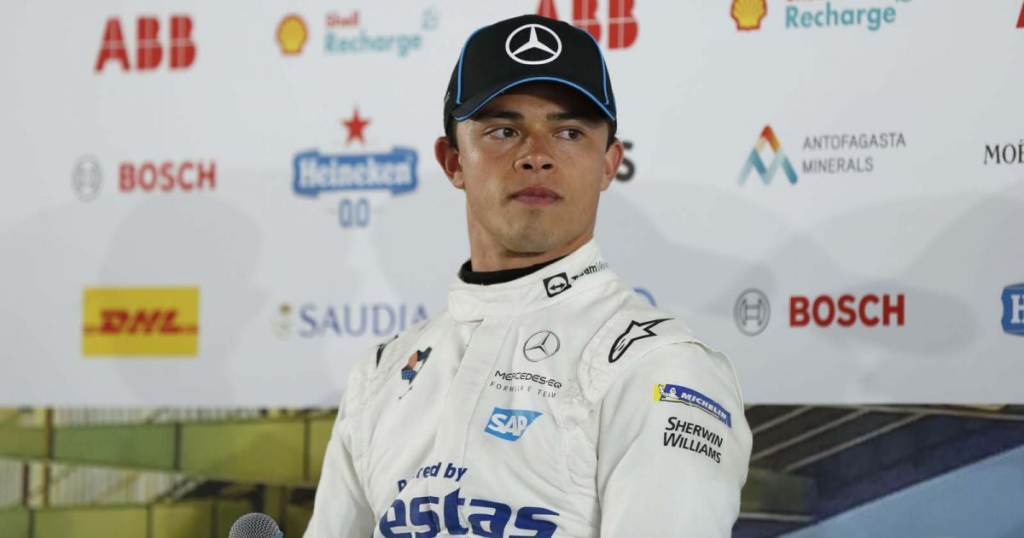 Nyck de Vries got to a flying start in his Formula One debut at the Italian Grand Prix. His impressive debut successfully left a mark on many F1 veterans as he received praise from all around. de Vries earned points for Williams on his Formula One debut in the Italian Grand Prix, earning accolades from Max Verstappen, Lewis Hamilton, and George Russell. Not only that, Mercedes boss Toto Wolff also put in some good words for the junior driver to one of the biggest outfits of Formula One.

De Vries’ 72 hours at Monza were extraordinary. He participated in Friday’s Aston Martin practice session before being called in early on Saturday morning to finish the race weekend with Williams after Alex Albon became unwell with appendicitis. Before completing an outstanding seventh on Sunday, Nyck De Vries outperformed colleague Nicholas Latifi, whom he is competing to replace for 2023. Even though he had never competed in an F1 race, the Formula 2 and Formula E winner did outstandingly well.

Because of his efforts, the audience chose him as Driver of the Day and received high appreciation from drivers around the pit lane, including former Williams driver Russell. When questioned about being in an all-Dutch fourth row of the grid, race winner Verstappen acknowledged it was a little surprising. He additionally mentioned how well he knows Nyck and how they get along.

De Vries, 27, has been awaiting an F1 seat for several years. But he has consistently been disregarded. However, his performance in Monza could have altered things. Especially given that Williams now has a vacancy for 2023 to run alongside Albon. At the Spanish Grand Prix in May, De Vries was a driver for Mercedes during Friday practice.

Therefore De Vries was called in at the last minute to drive for Williams. Aston Martin’s ‘rookie’ criterion for FP1s this season was met by my driving for that team on Friday during practice. For just the last Saturday practice, Nyck replaced Williams instead of Williams. After the race, Jost Capito, the CEO of Williams, was open about wanting to work with de Vries. He appeared to be alluding to the fact that de Vries would have to select between F1, Maserati Formula E and the Toyota World Endurance Championship.