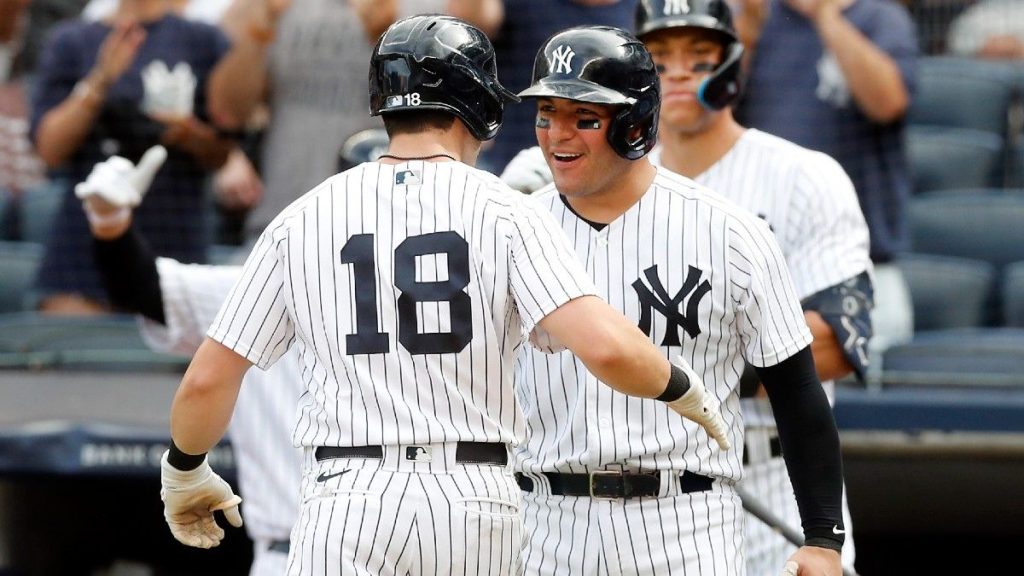 Even though the New York Yankees are one of the most successful teams in the MLB, this season has been quite ordinary for the team. Meanwhile, to turn things around, there are trying to add new members to the squad. The New York Post’s Jon Heyman reports that the Yankees and right-hander Tyler Duffey have reached an agreement. The Yankees enter the postseason with a starting rotation and bullpen full of uncertainty. So, he will be qualified for their playoff roster if the contract becomes official before the stroke of midnight.

According to the most recent rumors, Tyler Duffey will join the Yankees. In four recent outings for Round Rock, the Rangers’ Triple-A affiliate, Duffey, 31, gave up one unearned run over five innings. Before being dismissed previously this month, he pitched for the Twins for eight seasons and had a 4.91 ERA and 39 strikeouts. Also, Duffey had a 1.88 ERA with 31 hits in 24 games in the 2020 campaign. Last season, he pitched 62 1/3 innings with a 3.18 ERA and 61 strikeouts.

Duffey’s average fastball velocity this year of 92.3 mph is the lowest it has been since he switched to become a full-time reliever. And his strikeout percentage of 21.1% is the lowest it has been since last year. However, Duffey has failed to advance in counts and has suffered as a result. Duffey struck out slightly under 68% of his opponents at his best on the first pitch. He did so in 2022, but only at a 60% clip.

Several players of the Yankees, like Scott Effross, Miguel Castro, Clay Holmes, and Albert Abreu, have been injured for the past few weeks. Michael King and Chad Green suffered permanent injuries, which ended their seasons. Additionally, due to his recovery from Tommy John surgery, Zack Britton might not be able to play this season.

After Tuesday night’s 7-4 victory over the Angels, Yankee’s first baseman Anthony Rizzo was grinning as he spoke with the media while seated at his locker. He had hit a home run for the second straight night, bringing his season total to 30. Rizzo was concealing lower back pain as he stood there by his locker, which may cause him to miss more games. Rizzo will likely miss more games for the Yankees. He was not included in the starting lineup for Wednesday’s series finale at Angel Stadium as well. Aaron Boone believes that temporarily benching Rizzo might be the best course of action.

Despite staying off the injury list this season, Rizzo missed five straight games from August 5 to 9 due to lower back discomfort. Boone claims he is concerned because Rizzo’s back problem is still intermittent. He also said, “I think we have a good plan in place moving forward. And that we’re confident that we can get it corrected.”