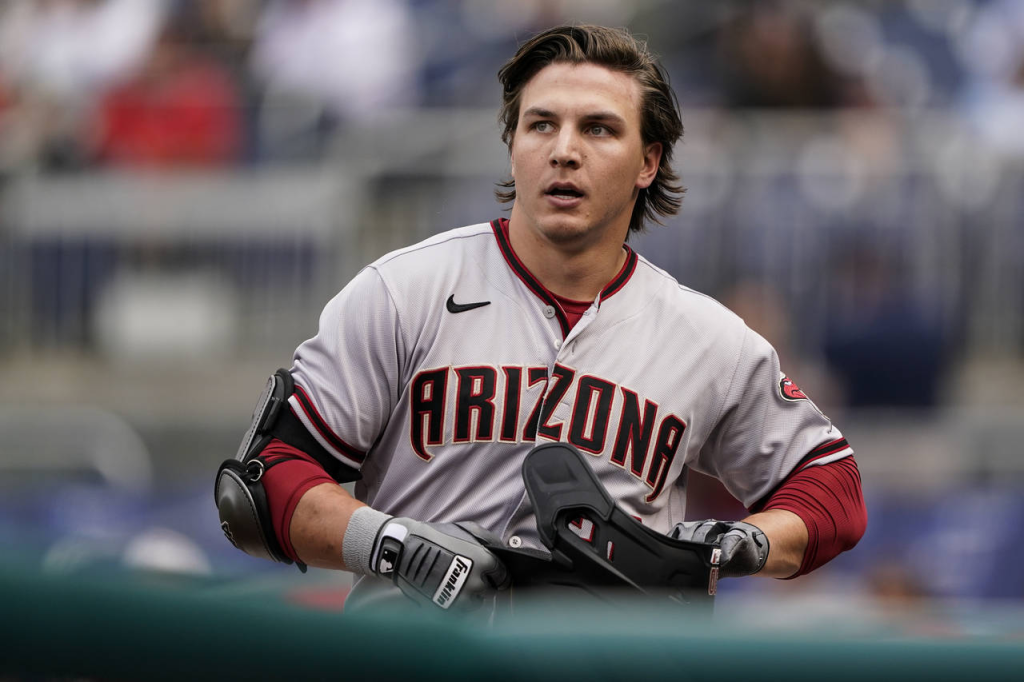 In the last MLB season, the New York Yankees were so close, yet so far away from their dream of claiming the World Series title after almost 13 years. This time around, the management does not want to miss their goal. Therefore, they are signing several big names from the market to build a world title-winning team in the coming season. The Bombers have already acquired several big players from free agency. However, they are seemingly not done yet. As per the latest reports, the Yankees have developed an interest in the outfielder Jake McCarthy.

As the dust settles from an explosive Winter Meetings, the Yankees are evaluating all alternatives for the vacant left field position. It may be necessary for New York to make a trade in order to acquire a starting left fielder for the 2023 campaign. Because of this, New York expressed intrigue in an outfielder from another National League team. As per the latest reports from The Athletic, the Bombers are keeping a watchful eye on the 25-year-old outfielder Jake McCarthy.

Arizona’s abundance of young outfielders is of special interest, and the Yankees and Diamondbacks have conducted several conversations about deals involving them. The Diamondbacks selected McCarthy with the 39th overall choice in the 2018 MLB Draft. In late August 2021, he made his MLB debut after swiftly progressing through their minor league system. He had a 95 wRC+ in 70 plate appearances with a higher than league average walk rate, but with high strikeout totals, during his 24-game cup of coffee.

McCarthy played in 99 games in 2022, recording eight home runs, 354 plate appearances, 43 RBI, and 2.3 fWAR. McCarthy has only played in two big-league games before this, so there is an opportunity for development. Prior to this season, one may have thought of Jake as the next Tim Locastro because of his sprint speed performance, which ranks in the 98th percentile. However, in 2022, something extraordinary occurred. He reduced his walk rate by half and reduced his strikeout rate by more than ten points.

To make room for younger players on the infield, the Yankees are ready to get rid of some contracts. This includes Josh Donaldson and Aaron Hicks. The Diamondbacks accepting the offer now looks doubtful. A youthful squad, though, can gain from having some seasoned players in the locker room.

If Arizona does deal with one of these outfielders, Hicks will play in the outfield while the team goes forward with prospects. Meanwhile, What makes trade more plausible are Gleyber Torres or Isiah Kiner-Falefa. At the trade deadline this summer, New York came dangerously close to giving their second baseman away. Kiner-Falefa was forced to sit out the postseason due to his poor defensive play.

Also Read: DJ LeMahieu Injury Update! How Will The Yankees Bullpen Look When He Returns?