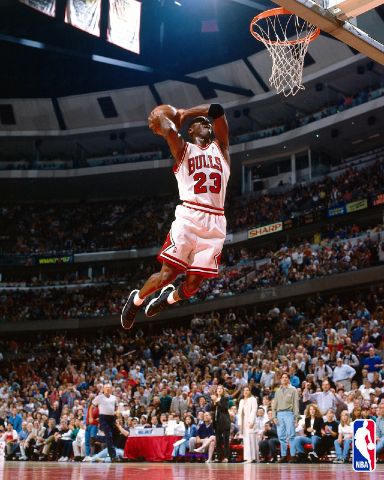 Michael Jeffrey Jordan, popularly known as just Michael Jordan, is a former American professional basketball player. Jordan, who started his professional career in 1984, is among the all-time greats of the sports. There is no doubt why Jordan is usually named the GOAT of the Basketball fraternity. So, let’s take a look at the phenomenal Michael Jordan’s career records that MJ has achieved in his career.

The NBA legend Michael Jordan was born in the year 1963 on February 17 in Brooklyn, New York. James R. Jordan, Sr., and Deloris Jordan are his parents. James had a job in the heavy machinery and electrical industries. James Jordan Jr. and Larry Jordan are two brothers and two sisters, respectively, while Deloris Jordan and Roslyn Jordan round-up Michael’s family of four. In the early years of his life, his family relocated to Wilmington, North Carolina. Michael attended Wilmington’s Emsley A. Laney High School, where he became interested in sports like baseball.

However, his height prevented him from joining his basketball team as a sophomore in high school. That year, he concentrated on other sports, including football and baseball. Emsley A. Laney High School served as the last stop for Michael Jordan’s education. He received a scholarship offer from the University of North Carolina in 1981 due to his basketball accomplishments. He obtained his degree in cultural geography while in college. Michael Jordan was elected Freshman of the Year at the institution, where he received instruction from renowned basketball coach Dean Smith.

Michael Jordan’s professional basketball career started in the year 1984 when Chicago Bulls drafted him into NBA. That season, he averaged 28.2 points per game, earning him the NBA Rookie of the Year honor. Jordan joined a summer Olympics squad that won a gold medal the same year that he also started playing basketball. Meanwhile, he recorded more than 3.000 points in one season in the 1986–1987 season, becoming a phenomenon at the time. Jordan assisted the Bulls in several championship victories during the last few years.

In the 1993–1994 season, Jordan took a break to play some minor league baseball. In 1995, he joined the Chicago Bulls again. However, he came back stronger and averaged 30.4 points that season after his return. He was a part of the gold-winning “dream team” that won the 1992 Summer Olympics, which is referred to as. After spending fifteen years with the Chicago Bulls and competing in six championship games, Jordan announced his retirement in 1998. He became a joint owner of the Washington Wizards, staying on for the team’s last two campaigns from 2001 to 2003.

Michael broke Kareem Abdul-record Jabbar’s for most points scored in an NBA All-Star game when he faced the Philadelphia 76ers in 2003. In the year 2004, He established Michael Jordan Motorsports, his own motorcycle racing organization. In 2006, Jordan became a member of the Charlotte Hornets’ management and bought a bunch of the company’s shares. The Michael Jordan Celebrity Invitational was the yearly golf event he organized from 2001 through 2014. Michael Jordan became the first player in history to have worth 1 billion in the year 2014.

Jordan has averaged 30.1 points per game. Doing that for 15 seasons is certainly a rare feat. Jordan isn’t typically ranked as one of the NBA’s pass-happy players, but throughout the course of his career, he has given out 5,633 assists. Michael is a two-time Olympic gold medal winner. Michael Jordan has won six NBA Finals MVP” awards. Also h Most Valuable Player in NBA five time,  and  MVP of the NBA All-Star Game, three times” He was also selected 1991’s Sportsman of the Year by Sports Illustrated.

Michael Jordan established an incredible regular-season record with 563 games in which he scored over 30 points. Jordan’s streak of 866 consecutive regular-season games in which he scored ten or more points is an incredible record. Jordan now retains the record after scoring 135 points throughout a three-game playoff series. In addition, MJ has eight postseason games with 50 or more points, which is the record overall. In whatever postseason game he ever participated in, Jordan is the only player in NBA history to have never once scored fewer than 15 points.