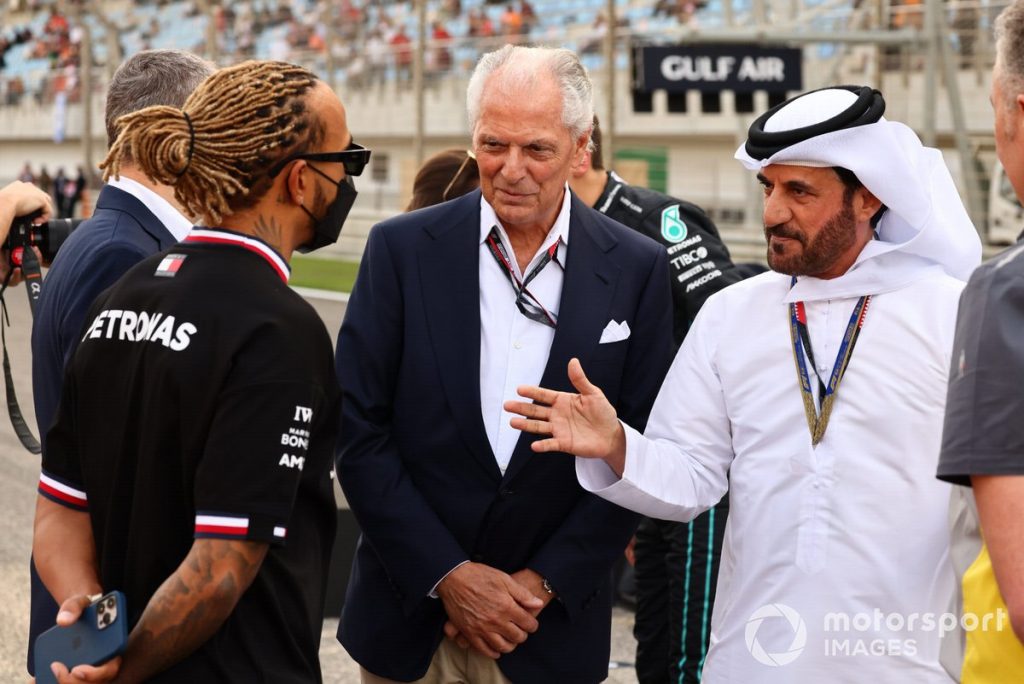 Lewis Hamilton has applauded Mohammed Ben Sulayem’s efforts to get the F1 drivers and the sport’s regulatory body to work together. Lately, the sport was in disarray following the contentious Abu Dhabi season finale when Ben Sulayem succeeded Jean Todt as president in December last year. Hamilton thinks the FIA President’s support of Formula 1 is a result of their close friendship. However, it needs some time to develop.

After an internal inquiry and the release of a report, Formula One race control was quickly reorganized. Additionally, the FIA has undergone significant changes, the most recent of which is the hiring of the organization’s first CEO. Although lately, as rivals defended the Mercedes driver, a crackdown on him wearing jewelry was enacted in Australia, which appeared to be directed at Lewis Hamilton only.

As the campaign has closed, Ben Sulayem has promoted negotiations between the FIA and the drivers. With the agenda drawn from these conversations into the first F1 Sporting Summit with team management in nearly a decade. Regarding that, Lewis Hamilton noted that no one would find the function of Ben Sulayem to be simple. Lewis said, “We’re trying to build that connection, all of us, the GPDA, we’re all united, and we want to help make the racing better”. The seven-time world champion further added, “We want to help the FIA. And Mohammed has been really open with that. So we’re just going to continue working on that communication.”

Relationships between drivers and the FIA were strained due to a neighboring terrorist assault during this year’s Saudi Arabian Grand Prix weekend. Moreover, Lewis Hamilton was the only driver who became the victim of accessorizing as an F1 driver. As Mercedes rivals defended the driver, a strategy to dominate jewelry in Australia was made specifically targeted at Hamilton. Although President Ben Sulayem has advocated for communication between the FIA and drivers as the season winds down. The first F1 Sporting meeting in over a decade will have a plan created from these conversations, including team managers.

In December 2021, as incumbent Jean Todt’s tenure came to an end, Emirati Mohammed ben Sulayem, a former rally driver, was chosen to lead the FIA. Ben Sulayem had to deal with the aftermath of the contentious race ending instantly in 2021 in Abu Dhabi. To investigate and make sure a repetition did not occur, he collaborated with Lewis Hamilton and Mercedes. The FIA and drivers only ever had one minor quarrel in May, right before the Miami Grand Prix. The law prohibiting drivers from wearing jewelry while driving was set to go into effect. This mostly impacted Hamilton because he steadfastly refused to take out his nose piercing. However, other drivers didn’t like the regulation very much.