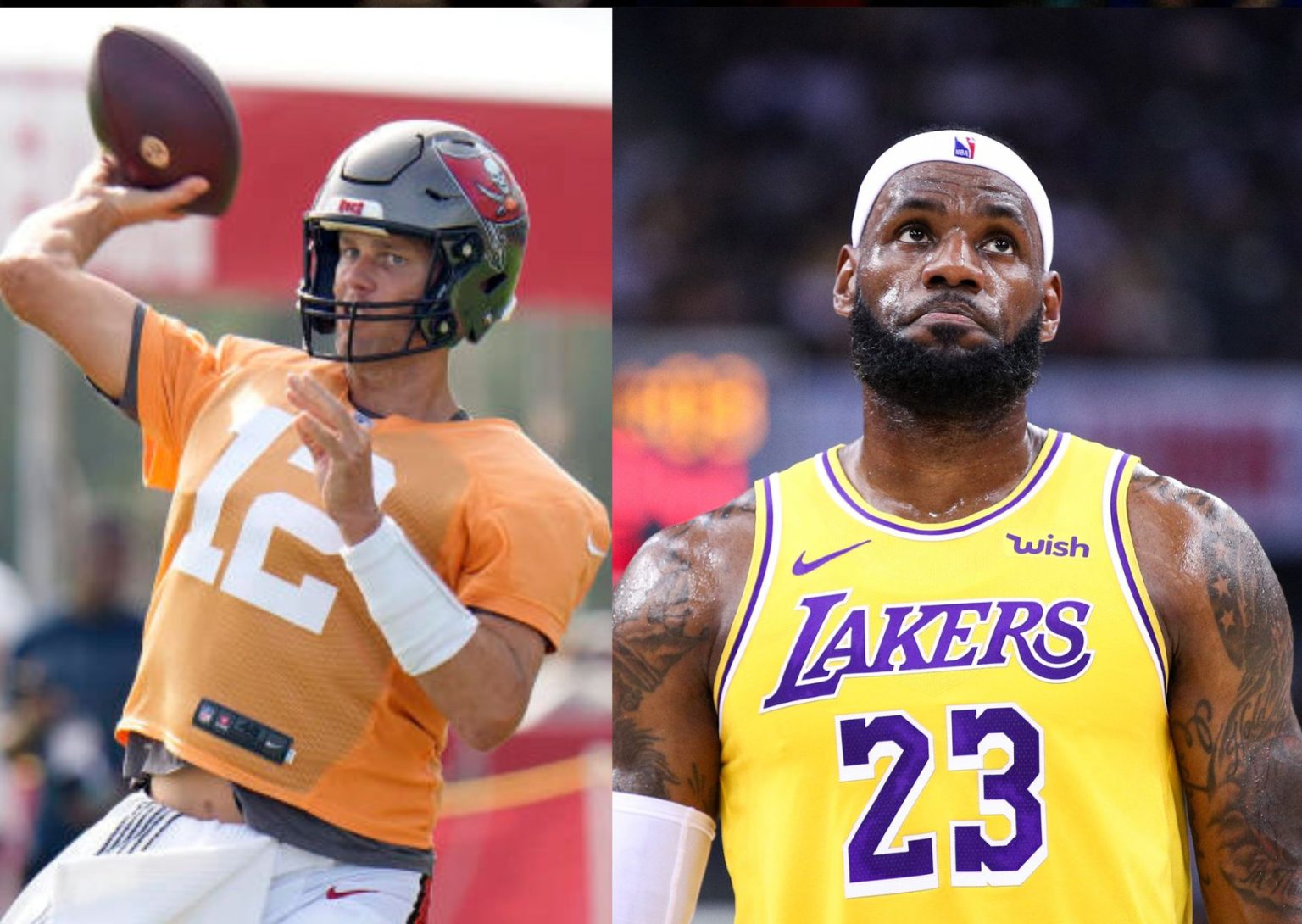 With an unparalleled career spanning almost two decades, LeBron James stands tall among all the greats of the NBA. The Lakers forwards have achieved almost every feat that is there to achieve on the Basketball court. However, even at 37, James’ hunger for glory keeps him going and defies all the odds. Meanwhile, NBA analyst Nick Wright has recently compared LeBron’s NBA achievements to what Tom Brady has accomplished in American Football.

LeBron James Is On ‘The Tom Brady’ Level!

LeBron James, a forward for the Los Angeles Lakers, is unquestionably one of the finest in the business due to his continued performance at the highest level. The same may be said for Tom Brady, the Football GOAT. Brady and James have many characteristics in common. Both athletes have at least 20 seasons of experience, are still regarded as league leaders in their particular sports, and have endured a small but devoted following of detractors. Perhaps it’s time to start valuing what we see in the whole before it vanishes forever.

Meanwhile, American TV personality and Sports Pundit Nick Wright feels that when you have had a career as long and as brilliant as Tom Brady and LeBron James, you deserve some immunity against criticism. Nick believes that he would save the Lakers star from the slack as he does for Tom Brady because of how extraordinary the two have been over the years.

Nick thinks he would cut LeBron James the slack like he is going to cut Brady. He stated, “If I am being honest, if LeBron was mysteriously gone from training camp for 10 days, would I say ‘bad teammate not doing it’ or would I say, ‘guys, he’s been in the league 20 years, if he needs time’… I’d say the latter not the former.”

LeBron James is able to properly maintain his body and general health because he has gained that level of respect. He has earned the right to take as much extra time as he needs to manage that. Tom Brady recently took a break from preseason practice and competition for personal reasons that his team declined to discuss. Brady’s absence was easily excused given his age and everything he has accomplished for the NFL. Nick feels that James should be treated equally or somewhat near. He deserves to take a seat if he needs a break for any reason.

There is no indication that James is skipping out on opportunities to grow with LA Lakers. But it would be difficult to blame him entirely. LeBron James appears to be on the line for a huge season as he pursues his fifth NBA championship. And Tom Brady is primed for another big year with the Buccaneers in his quest for a record-breaking seventh Super Bowl.

Also Read Draymond Green Wife: NBA Star Ties The Knot With Hazel Keene! Who Is She? Find Out Here

Share. Facebook Twitter Pinterest LinkedIn Tumblr Email
Previous ArticleDaniel Ricciardo Set To Leave McLaren After The 2022 Season! Is He Retiring?
Next Article Toto Wolff Reckons Mercedes Needs To Keep The Momentum Going During The Second Half Of The 2022 Championship!