LeBron James Convincing Kyrie Irving To Join LA Lakers On A Secret New York Trip? Draymond Green Is Not Concerned About The Duo 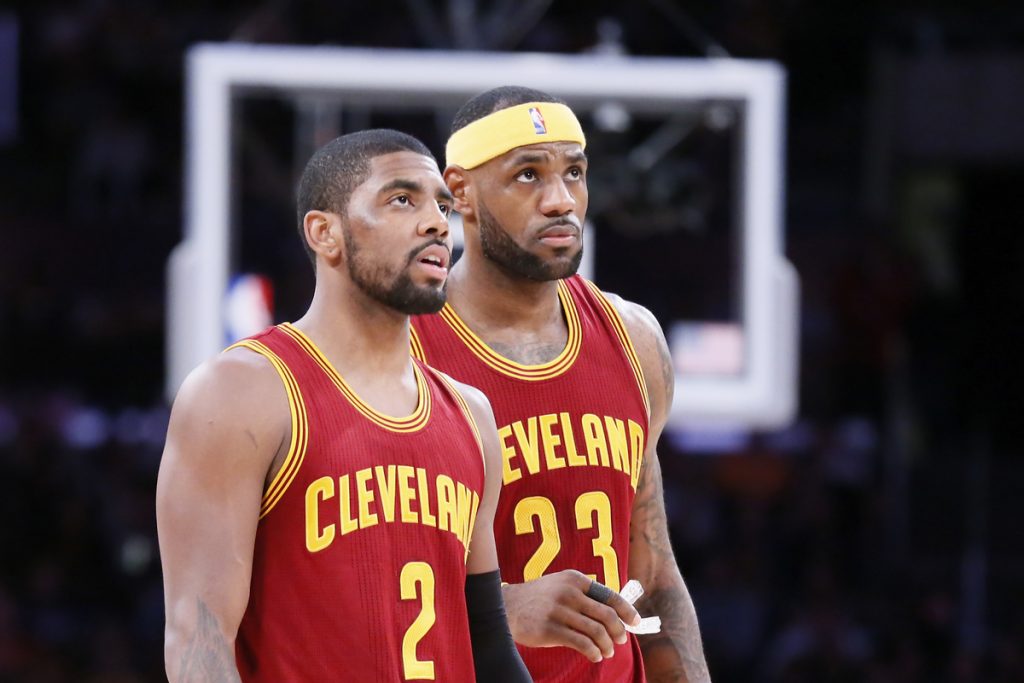 The season of mixups and trades is officially here for the NBA teams, and Kyrie Irving seems like the hottest property this season. Not one, but many teams are showing interest in him. Meanwhile, the Los Angeles Lakers’ intentions of recruiting him are not a secret; many reports recently have been claiming the fact. Amid all this, LeBron James’ low-key visit to New York has caught the eyes of many, who believe that James is there on a task to draft Kyrie Irvin for the Lakers.

Recent rumors have said that the Los Angeles Lakers intend to sign Brooklyn Nets point player Kyrie Irving. LeBron shared a video post on his Instagram where he can be seen working out. And on his back, it said “Summit New York,” which is where NBA trainer Chris Brickley is based, according to an article on Fansided. One theory about James’ training in New York is that he is attempting to persuade Irving to team up with him once more in order to compete for another NBA title.

Meanwhile, ESPN earlier said that Irving and James had already spoken about the matter. It appears that they discussed the possibility of the Cleveland Cavaliers’ 2016 title-winning duo playing together for the Los Angeles Lakers in the 2022–2023 season. This has given the reports of an alleged encounter between LeBron and Irvin more weight.

Elsewhere, the New York Knicks are another club interested in landing Kyrie. And they are also known to pay whatever it takes. In their squad, they don’t have a star who can draw the point guard, though. It is also reported that Irving’s contract extension talks with the Nets have been put on hold. In addition, there is a discussion about what would happen if the former Boston Celtics player decides not to remain in Brooklyn. The franchise may try to trade Kevin Durant, their greatest player, to rebuild their squad.

Draymond Green Is Not Concerned About Irving And LeBron!

During a podcast, Bloomberg’s Lucas Shaw asked Golden States’ Draymond Green about the possibility of LeBron James and Kyrie Irving reuniting for the LA Laker. On being asked about defending their title against the duo, Green stated, “With LeBron James, if you give them someone like Kyrie. They’ll have a chance because of the way Kyrie can score the basketball. LeBron will only put him in a position to do that. Kyrie has not proven to be a great leader.” He also added, “LeBron will put an umbrella over that. If you can do what you’re good at, you have LeBron leading. “They could contend, but they won’t beat us.”

Green, ended with a forceful declaration regarding the Lakers’ prospects versus the Warriors. Irving’s future intentions have the power to change any club or even tip a championship run in one franchise’s favor. But it is unclear if he will eventually choose to play elsewhere.

Share. Facebook Twitter Pinterest LinkedIn Tumblr Email
Previous ArticleWhy Mercedes Is Facing A Rough Patch In The 2022 F1 Championship? Can It Revive Itself In Silverstone?
Next Article Toto Wolff Claims Leclerc and Verstappen Also Facing The Porpoising! Pirelli Call Out Mercedes On The Issue Debate