LA Lakers Planning To Acquire Myles Turner And Buddy Hield From Indiana Pacers! Not Looking To Sign Beyond 2023 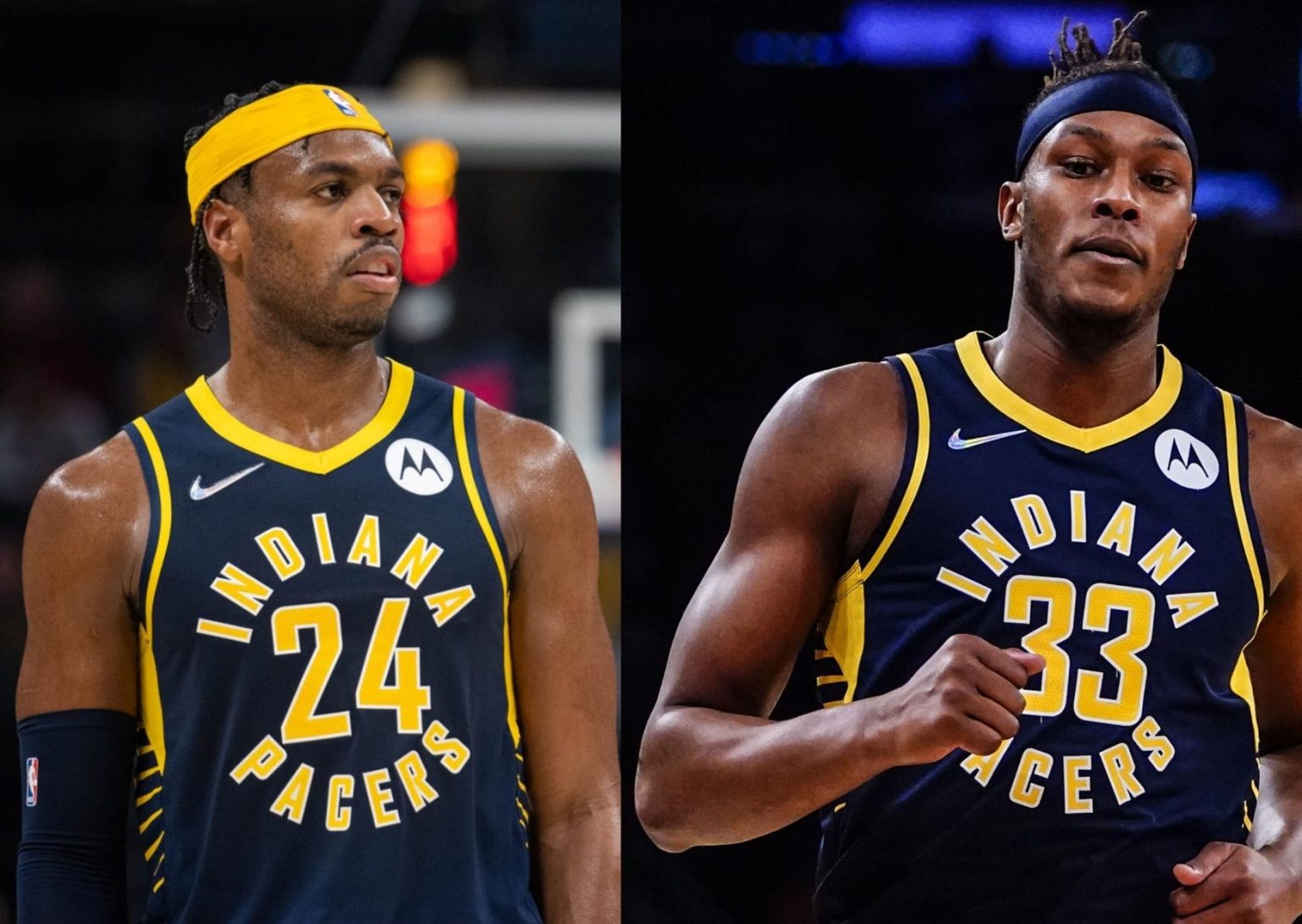 Following the underwhelming performance in the last season, Los Angeles Lakers have been on a mission to revamp their squad for the upcoming season. The Lakers have already acquired Patrick Beverly from Utaz Jazz and also Dennis Schroder into the squad. Meanwhile, the Lakers are not done, as there are reports that the team is eyeing the duo Myles Turner and Buddy Hield from Indiana Pacers.

All summer long, Myles Turner and Buddy Hield of the Indiana Pacers have been mentioned as possible trade targets for the La Lakers. But nothing has materialized as of yet. Hollywood just needs to make the trade proposal to make a deal possible, according to the most recent sources. So there is still optimism that one may be reached. Turner and Hield both have solid outside shooting abilities, which fills a huge gap on the Lakers’ roster. The Lakers now have a true center to combine with Anthony Davis, thanks to Turner’s stature and rebounding skills.

The team does not appear to be willing to let go of Russell Westbrook. Some team members believe that with the proper coach and a stronger supporting cast, Westbrook’s difficult chemistry with James and Davis may be negated. However, the Lakers front office’s position on Westbrook’s future may have shifted in light of LA’s most recent acquisitions, Patrick Beverley and Dennis Schroder.

The Hollywoods are in a difficult situation, especially if they want to deal with Westbrook. Despite earning $47 million annually, the former All-Star guard’s salary is excellent news because it will be eliminated after this season. Los Angeles is likely searching for a possible agreement that also includes contracts that are coming to an end. This would enable the organization to participate in the 2023 free agency market. According to sources, the Lakers would have traded their superstar guard. And all of the media baggage that comes with him for Bojan Bogdanovic and Terry Rozier.