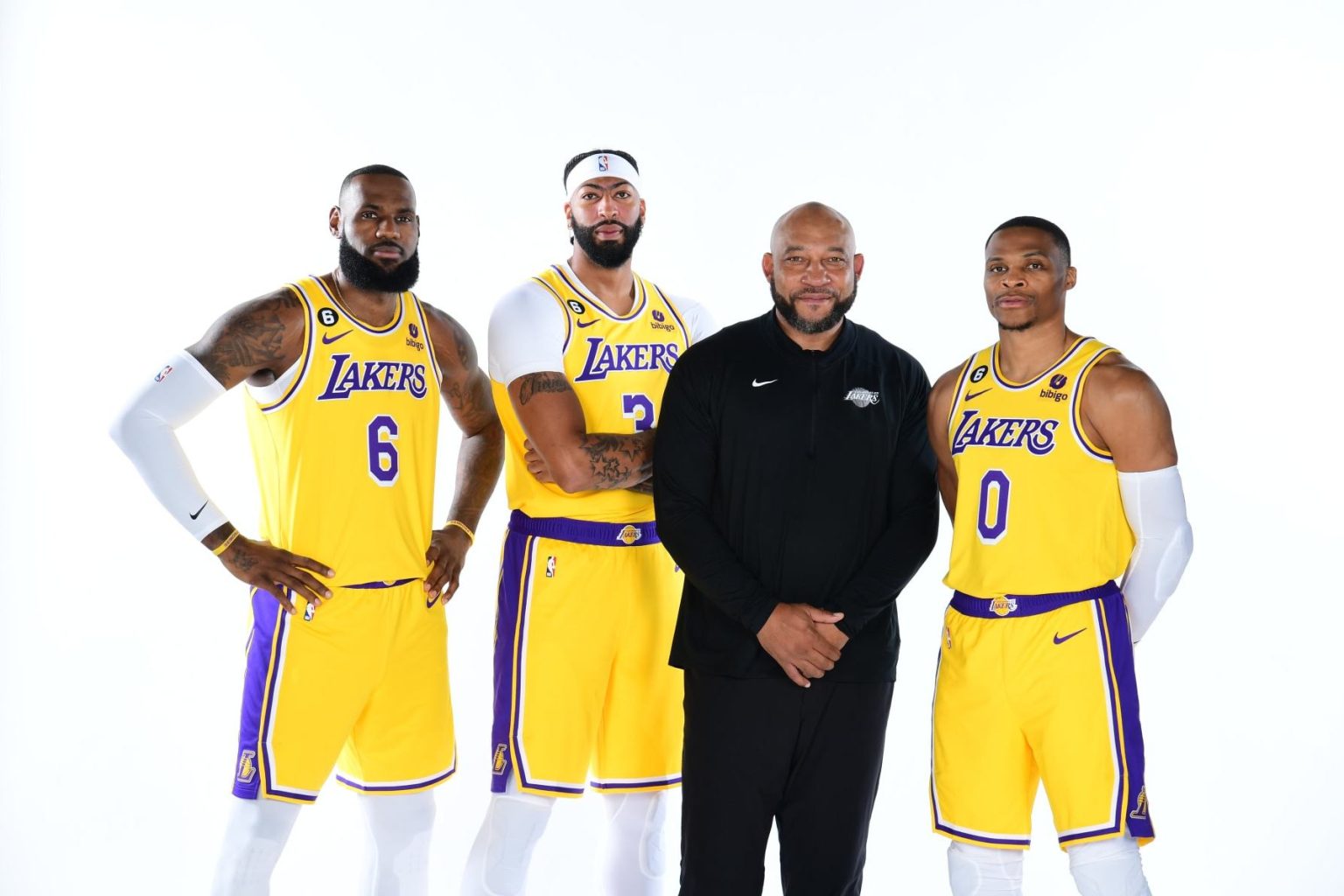 Looks like the turbulent offseason for the Lakers is finally over, as training camp has enabled the squad to start concentrating on basketball once more. The Lakers have had a busy summer as they attempted to regain their former glory. It is evident they mean business after negotiating a pricey agreement with LeBron James and securing Patrick Beverley. And now, the head coach Darvin Ham has hinted at the team lineup for the opening game of the 2022-2023 season. But who are the players? Keep reading to find out.

The Lakers’ new head coach, Darvin Ham, seems to have been experimenting with a few different starting lineup combinations as training camp continues. He is attempting to put together a starting lineup that includes LeBron James, Anthony Davis, and, most likely, Russell Westbrook once Friday’s session is over.

According to Ham, the starting lineup that has seen the most active during the first week of practice saw some promising results. It has included Westbrook, LeBron, AD, Kendrick Nunn at shooting guard, and Damian Jones at the center. He made it clear, though, that nothing is definite. The Lakers’ chief stated on Wednesday that he would make adjustments throughout the preseason.

Ham further mentioned that he could see how a tiny lineup, with Bron at position four and Anthony Davis at position five, might work. The Lakers have not yet partnered with Patrick Beverley and Russ. However, they have been combining lineups of all different kinds. Apparently, K-Nunn has accompanied several. Thomas Bryant, Damian Jones, and Wenyen Gabriel have also moved individuals about simply to watch.

The team has stopped making moves because Russell Westbrook is still on the roster. This implies that the largest unknown right now is who will be present there regularly. LeBron James and Anthony Davis will certainly attend. But after that, things become a bit murky. Whether or not Westbrook will be in the starting lineup was the subject of several contradicting reports. However, Darvin Ham appears to have put a full stop to things for the time being.

Nunn and Jones are a bit of a surprise addition. But it’s evident that the starting positions are up for grabs. Meanwhile, the former Laker Thomas Bryant appeared to be the front-runner to land the starting center position because of his ability to spread the floor. But for the time being, Davis and Jones, a more conventional center, will play together in the front court.

Even more astonishing is the omission of Thomas Bryant from the list of players the team is considering for the starting position. LeBron, along with Russ and AD, could have been the team’s greatest shooter the previous year. It would appear to make a lot of sense for Bryant to be useful as a spacing big.

Also Read Can The Golden State Warriors Acquire LeBron James From The Lakers With An Undeniable Trade Package?