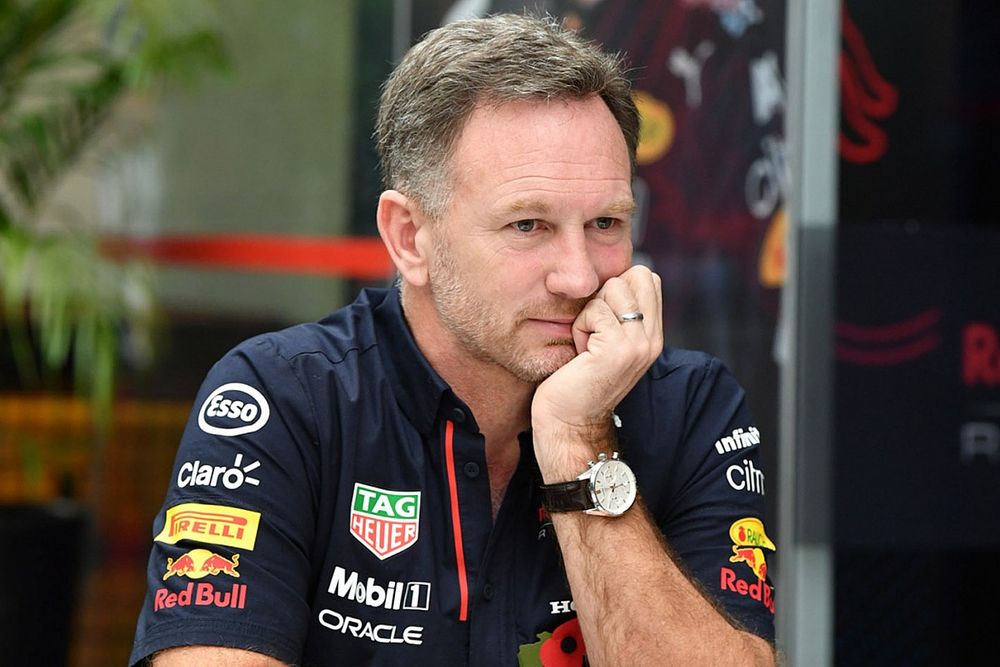 Christian Horner, the head of the Red Bull team, has recently made a veiled jab at Mercedes and Lewis Hamilton. Horner claimed that he had been a major supporter of Charles Leclerc’s actions this season. Since the start of the season, Leclerc and Max Verstappen have been vying for the Drivers’ Championship. Not just that, the two have been forced off the track multiple times. But why did the Red Bull boss make such a targeting comment? Keep reading to find out.

Similar to Hamilton and Verstappen’s acrimonious confrontations, their competition is also trivial. This impacted the battle for F1 dominance in the previous season, with the Dutchman taking home the top prize. Leclerc has competed with Verstappen throughout the season. However, the Frenchman is yet to strike the 24-year-old. And Horner has subsequently stated that he is growing more and more fond of this year’s combat.

During a conversation with the press, Christian Horner stated, “I have great respect for the way Leclerc has conducted himself. The way he’s racing on the track is hard but fair.” According to Horner, there’s been a lot of hard races between the two of them in the first half of this championship, and there hasn’t been a single touch. So, for the Boss, it is great to see and enjoyable to be part of it.

Max Verstappen presently has an 80-point lead over Leclerc in the Drivers’ Championship standings. Unless there is a remarkable comeback over the remaining ten races. He is certain to miss out on the season’s top honors. He was asked if he hoped Ferrari and Red Bull were more well matched in the race for the championship this year. Despite Mercedes pushing the Austrian team throughout the previous season. Horner stated that he was pleased with how things were going.

Red Bull Boss also mentioned there is still a ton of racing left, even though the points tables appear to be in good shape, and it’s a terrific way to end the summer holiday. Ferrari is swift, while Mercedes is regaining momentum. Christian Horner also added, “There’s still a long, long way to go in this championship, plus a sprint race. So, we don’t take anything for granted. There’s still a lot of racing to do, and they’re at very different venues.”

Charles Leclerc is working urgently to put himself back in the running for his first Drivers’ Championship title. But it is still unclear if he will be able to reduce the distance to Verstappen over the upcoming weeks. There have been a few times when Ferrari’s bad strategic choices have failed him down. Additionally, Leclerc has a lot of additional work to perform due to particular errors that have slipped in. Although his skill is undeniable, the Monegasque driver will need to establish himself as a serious contender as the season comes to a conclusion.