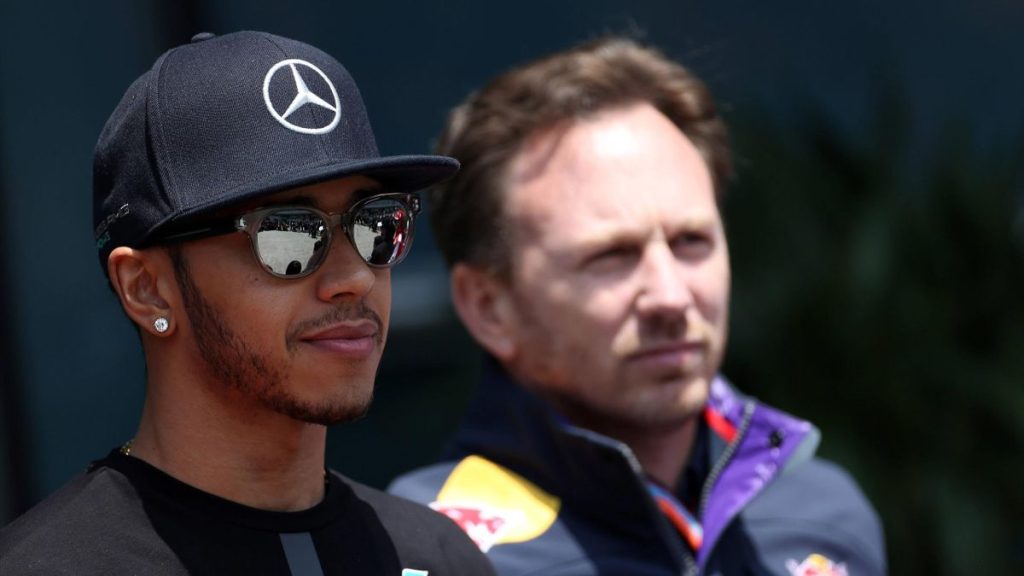 In a call back to 2021, World Champion Max Verstappen collided with Mercedes driver Lewis Hamilton on Sunday during the Brazillian Grand Prix. Ultimately, the race steward found that it was Verstappen’s fault, and he was given a five seconf penalty after the race. But now, Red Bull manager Christian Horner has made remarks about Lewis Hamilton in regard to the incident.

What Did Christian Horner Say About Lewis Hamilton?

Max Verstappen has been the focus of attention long after the Brazilian Grand Prix concluded, as the two-time world champion failed to heed team directives provided to him many times. Sergio Perez, his teammate, is engaged in a close race with Charles Leclerc of Ferrari for the second position in the standings. Verstappen and Lewis Hamilton also suffered serious injuries in a race crash in Sao Paulo. Meanwhile, for the crash, Max was penalized by the stewards. However, Red Bull boss Christian Horner has called out Lewis Hamilton, saying that the Briton should also take some responsibility for the incident.

Mercedes has struggled to stay up with Red Bull this season. Unlike the intense title fight that Hamilton and Verstappen engaged in 2021. Due to this, there haven’t been many on-track confrontations between the two F1 competitors in 2022. Hamilton has been working tirelessly to maintain his record of winning a race every single season he has competed.

However, Mercedes have made progress in recent months. Lewis’ greatest opportunity came at Brazil when Mercedes finally fielded a faster vehicle than Red Bull and Ferrari. George Russell, Hamilton’s teammate, was in front of Hamilton on the grid. But he would have thought he had a good chance of contending the entire race. But due to an early accident with Verstappen, he ultimately had to battle for the majority of the Grand Prix. Following a Safety Car period and entering the Senna S corners, the Dutchman attempted to overtake Hamilton.

Verstappen held the lead at first, but Hamilton drew slightly ahead until neither driver drove away, and they finally collided. Hamilton kept his vehicle intact despite being driven off the course, but Verstappen suffered a front wing failure. Verstappen received a five-second time penalty after race officials found him to be at fault; Hamilton was not penalized. However, Verstappen only had one incident in the 2022 season. So Horner felt Verstappen should not have been the only one to receive punishment.

Also Read No One Will Stand With Max Verstappen & Red Bull If The Dutch Driver Focuses On “I” Rather Than “We”.