Aroldis Chapman Net Worth: How Rich Is The New York Yankees Pitcher? All Details About Career & Early Life! 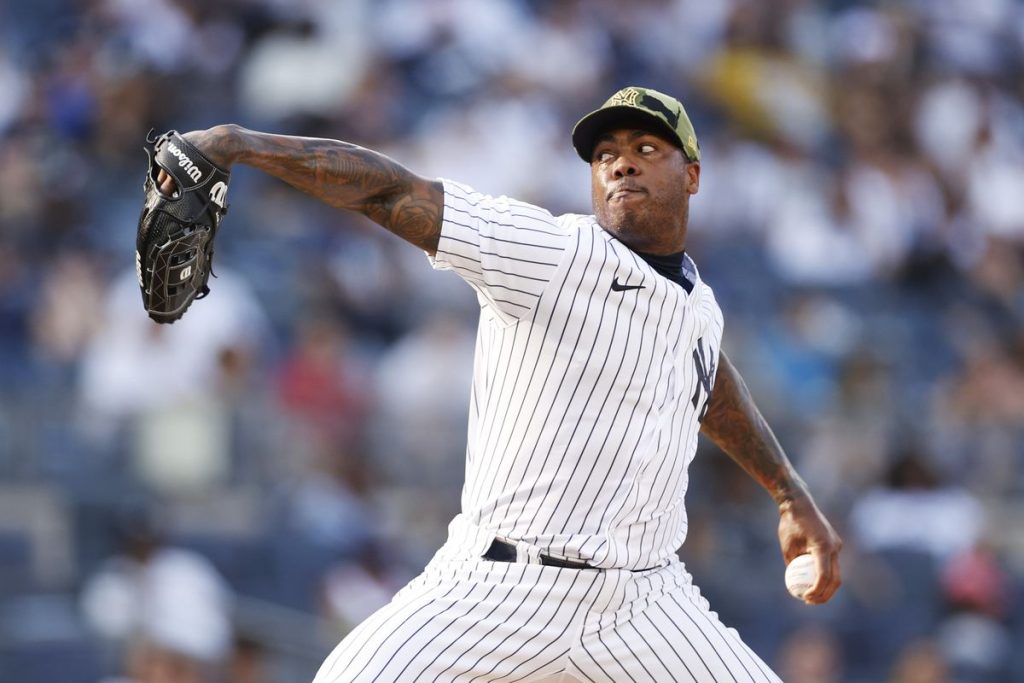 Albertín Aroldis Chapman de la Cruz, popularly known as Aroldis Chapman, is a Cuban-American professional baseball player. Lovingly called, The Cuban Missle Arodlis holds the record for fastest pitch in MLB. And being a part of The New York Yankees makes it clear that the star player earns a hefty sum of money. So, if you want to know more about the baseball player, let’s take a look at Aroldis Chapman net worth, early life, and career.

Aroldis Chapman was born on February 28, 1988, in Holguin, Cuba. His father, Juan Alberto Chapman Benett, was a boxing instructor, and his mother was a housewife. Chapman grew up in a middle-class family along with his two sisters in his hometown Holguin. Ever since his childhood, Aroldis was fast and well built. And his love affair with baseball began when he was 15 years old when his friend invited him to play for a local baseball team.

In 2006, Aroldis Chapman signed up with the Holgun Sabuesos of the Cuban National Series League. Chapman accumulated a 24-19 win-loss record, a 3.74 earned run average, and 365 strikeouts over the course of his 3272/3 innings pitched. Despite pitching in 11 relief appearances during the 2007 season, he was mostly deployed as a starter. Chapman competed for Cuba in both the 2009 World Baseball Classic and the Pan American Games in 2007.

Chapman met with Ral Castro in the spring of 2008 after an unsuccessful attempt to emigrate. In 2009, he was permitted to take part in the WBC and the National Series once more. While the Cuban national team was playing in the World Port Tournament, Chapman managed to flee the island safely. In the same competition, Gerardo Concepción left the Cuban national squad. Chapman finally made Andorra his home and applied to MLB for free-agent status there.

Chapman went on to play in MLB with the Cincinnati Reds, New York Yankees, and Chicago Cubs after defecting. With a pitch speed record in MLB history of 105.1 miles per hour, Chapman now holds the distinction. On December 15, 2016, Aroldis Chapman agreed to re-sign with the Yankees with a five-year, $86 million contract. Chapman reached 300 career saves on August 26, 2021, finishing a 7-6 victory over the Oakland Athletics.

Aroldis Chapman has been a part of thirteen seasons of Major Baseball League, playing for several popular and high-paying franchises like the New York Yankees and Cincinnati Reds. From his remarkable baseball career, Arodlis has made significant wealth for himself. Meanwhile, talking about the pitcher’s current net worth, several reports indicate that Aroldis Chapman has an estimated net worth of 40 million USD as of August 2022. Chapman’s baseball salary has been his major source of income. Currently, Arodlis draws a handsome salary of 16 million dollars.