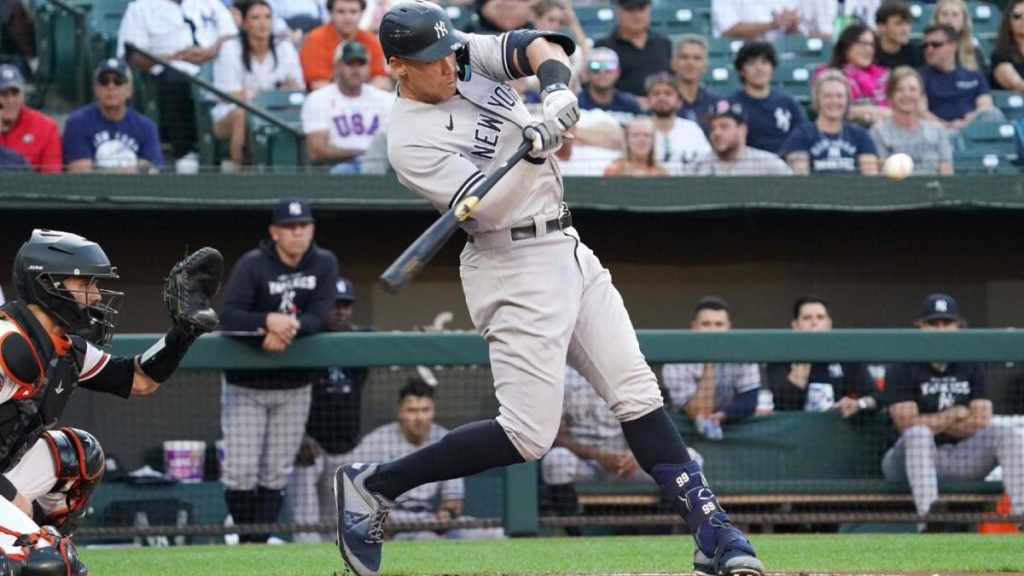 In fans’ opinion, what Derek Jeter was for the New York Yankees in his time is something Aaron Judge has for the team now. And it looks like ESPN’s Jeff Passan has the same opinion for the Bombers’ slugger. Not just that, he has almost confirmed that Judge will not leave the Yankees as he the closest thing to the team right now. What more did Passan has to say about the Yankees team captain? Keep reading to find out.

Will Aaron Judge Leave New York As A Free Agent?

On the Pat McAfee Show on Wednesday, the ESPN columnist made some crucial revelations regarding Aaron Judge. As Jeff revealed, Judge is extremely regarded by his teammates as a person and also because he is the team captain. Not just the players, Judge is also well acquainted with the coaching staff and management. So, the idea of Aaron Judge wearing another uniform is almost inconceivable. However, regarding Judge renewing his contract with the New York Yankees, Passan stated, “I do think that when it’s all said & done Aaron Judge will end up staying with the New York Yankees.” However, he also pointed out that money matter, and so is the case in this Judge-Yankees deal.

Lately, the Bombers offered a deal worth $213.5 million this past offseason to Aaron Judge. However, the four-time All-Star turned down the offer, seeking more amount than offered. Right now, Judge is playing the 2022 season on a one-year, $19 million contract. Meanwhile, in another interview, Jeff mentioned that Judge would likely command a contract worth at least $300 million this winter.

The way Aaron Judge is playing this year, it seems like he’ll likely be an American League MVP candidate this year. In 102 games, he is hitting .298/.386/.676 with 43 home runs, 93 RBI, and ten stolen bases. Not only that, the 2017 AL Rookie of the Year hit his 51st home run of the season in a recent game against Los Angeles Angels. And now, Aaron Judge is on the path to surpassing the 60 home runs record for the season. With all these records, there is no doubt that Judge is one of the most in-demand players. In his 699 career games, the Yankees slugger has hit the ball out of the park 209 times. All these home runs he achieved while maintaining an impressive .388 on-base percentage.

So, naturally, the New York Yankees’ general manager also hopes that Aaron Judge will sign with the bombers for the extension. However, if Judge decides to leave the team and join the other uniform, it will come out as a nightmare for the Yankees. His game has helped the Yankees to achieve first place in the AL East with a 70-36 record. So, if the Yankees keep their game up with the help of Aaron Judge and other players, chances are that the team will end up with a World Series title this year.