What Will Happen To Golden State Warriors Now That Stephen Curry Is Out For Three Weeks? 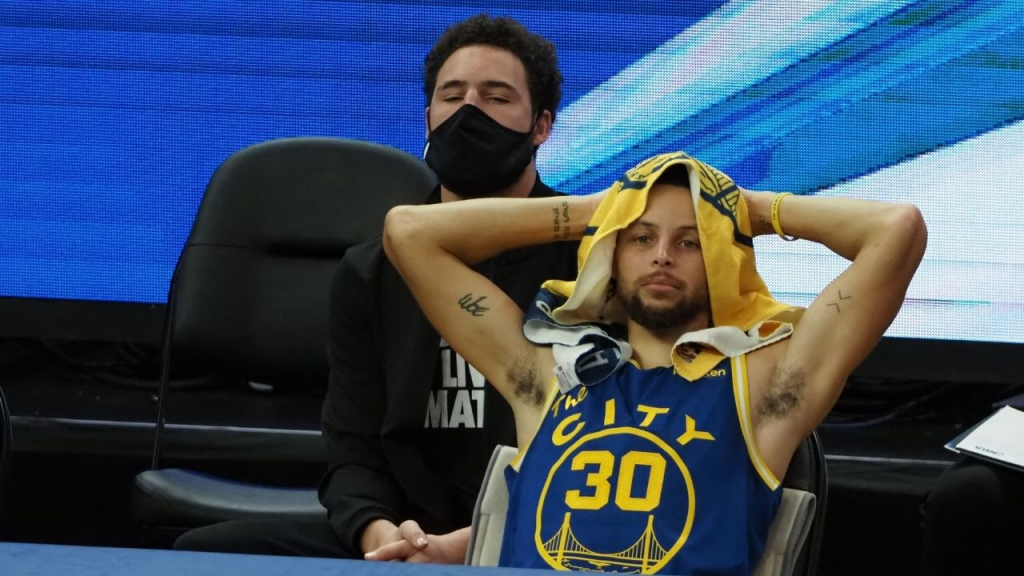 The Golden State Warriors are the reigning champions who are struggling to set foot this season. And in the mix of many problems for the team, there is one that will cause them to panic. It looks like the star player Stephen Curry is going to miss a few games in the upcoming weeks. As if the Warriors were not under enough pressure that now their star player is also sidelined. Curry is not just a player who ends up with the most points at the end of the night but remains a crucial figure as long as he is on the court. Keep reading to find out what is making him miss the games at such a bad time for the Warriors.

Stephen Curry Set To Miss Games For His team

The Warriors are set to their dooms day as the team’s best player is out and injured for the upcoming weeks. Reportedly Stephen Curry has suffered a left shoulder injury which will throw him out of the court for a few weeks. According to ESPN’s Adrian Wojnarowski, Curry is not required to undergo any surgery. But the 2009 first-round draft will be re-evaluated after the two weeks of rest. Meanwhile, the team prepares themselves for the hectic week without Curry on the court.

The Warriors currently have more losses than wins to their name because of the shaky start to the season. But even after a bad display of performance consistently, the Warriors have won their games against big teams like the Lakers and Celtics. However, the last winners do not look as good and sharp as the previous year. And the Dubs have also shown heavy reliance on their star player Stephen Curry to lead them to victory. The Warriors won’t have it easy in the upcoming weeks without their MVP-level star on the court to help them.

What Will The Warriors Do Without Their Star Player

Stephen Curry suffered the injury on Thursday when the Warriors lost the game against the Indiana Pacers. This is not the first time the superstar is going the miss the games with his long-stretch injury. However, the team has suffered whenever he has done so, especially this season when he is the only one playing his best game. The rest of the Dubs team has failed to produce the results like the Warriors’ top-level team. Meanwhile, Curry plays his best individual game averaging 30 points, 6.8 assists, and 6.6 rebounds in every game.

Many believe the Dubs are bound to be doomed without Stephen Curry, as he used to carry the team in every game. However, the Warriors responded quickly and recalled Ryan Rollins and James Wiseman to fill the empty roles in the team. Wiseman has been doing well in the G League, and the same performance will also be expected from the main team’s youngster. In his last game in the G league, he scored 32 points and six rebounds before coming to the NBA. And as for Rollins, he is averaging 20.3 points in the G league for Santa Cruz.