This Is How Manager Aaron Boone Felt Until Aaron Judge Signed With the Yankees, Check This Out 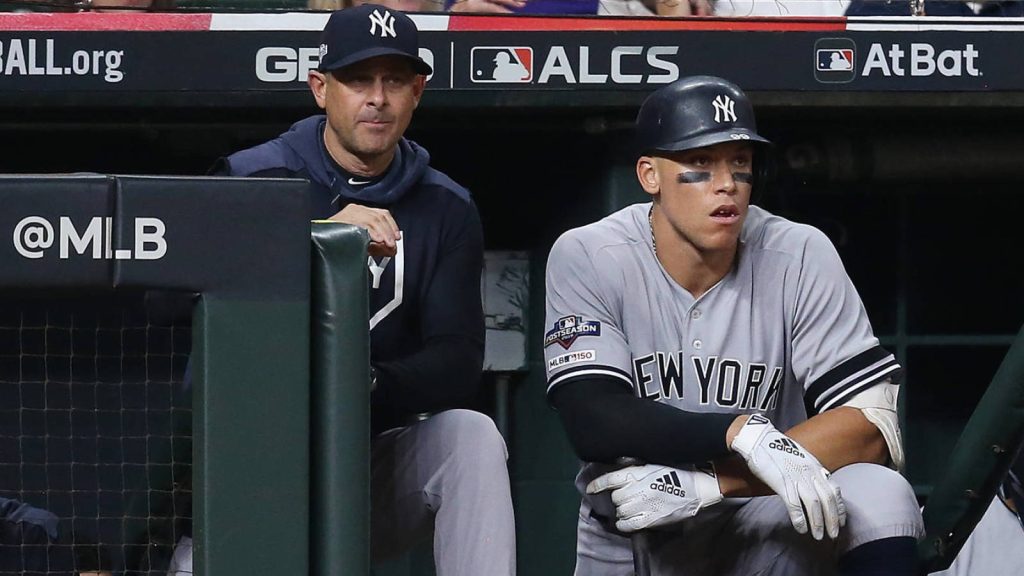 Aaron Judge is someone who just can do anything to find his real worth. During the time of his free agency, he made everyone in the Yankees sweat. First, he refused the contract of $213.5 million, then went inclined towards the San Francisco Giants, who were ready to offer everything Judge wanted. And even when the Yankees brought a $300 million 8 years contract also, Judge seemed to be a little hesitant. Aaron had a demand of $360 million and a nine-year guaranteed deal which eventually the Yankees and the Giants both offered. However, luckily, the Yankees had his legacy, which tempted the 62-home runner to return back in the team finally.

Now, one can realize how much stress this must have created among the managers of the New York Yankees who were in charge of re-hiring Aaron Judge. The manager, Aaron Boone, shares how he had to suffer sleepless nights and anxieties that came with the slugger’s contract controversy saga. About Friday, the Yankees’ manager said, “All the tea leaves that day. And the uncertainty of it all was a little bit of uncomfortable, sober, not sure day.”

Boone explained the scenario when he got the good news about Judge’s return to the Yankees. It was night, and he was sleeping in his hotel room during the winter meetings in San Diego. Suddenly a friend of Boone texted him, “Congrats,” and gave the information that Judge is now a Yankee. At around 5:30 am in the morning, Boone checked the text and finally got to know that their star had signed the $360 million, nine-year contract to stay in the Bronx Bombers.

“Yankees Have Now Got Great Players With Aaron Judge And Carlos Rodon,” Said The Manager

The morning must have been good for the manager as his only dream at that time was Judge’s return which became true. He said about the morning, “We flipped the script on me a little bit.” After the Wednesday night deal confirmation, Boone got more good news on Thursday. Not only Aaron Judge but also Carlos Rodon agreed to come to New York with a six-year contract of $162 million dollars. Rodon is the left-handler that the Yankees have been seeking for so long. Now the team has the record-breaker, Judge on the right side and All-star Rodon on the left side.

Talking about the contract agreement of Carlos, he said, “Obviously we are talking about a really really talented player that is really putting it together here in these last cou[le of years.” The manager hopes that Carlos Rodon will greatly impact the Yankees. Aaron Boone is really happy and confident now that the team has a lot of “talented pitchers”. However, he believes that in December, the New York baseball team still has got a lot of work to do. Meanwhile, Boone is confident of a positive outcome because he said, “I like potentially where we are starting from.”