The Lakers In Talks With Knicks’ Cam Reddish! Constantly Eyeing Trades That Could Make Them Title Contenders 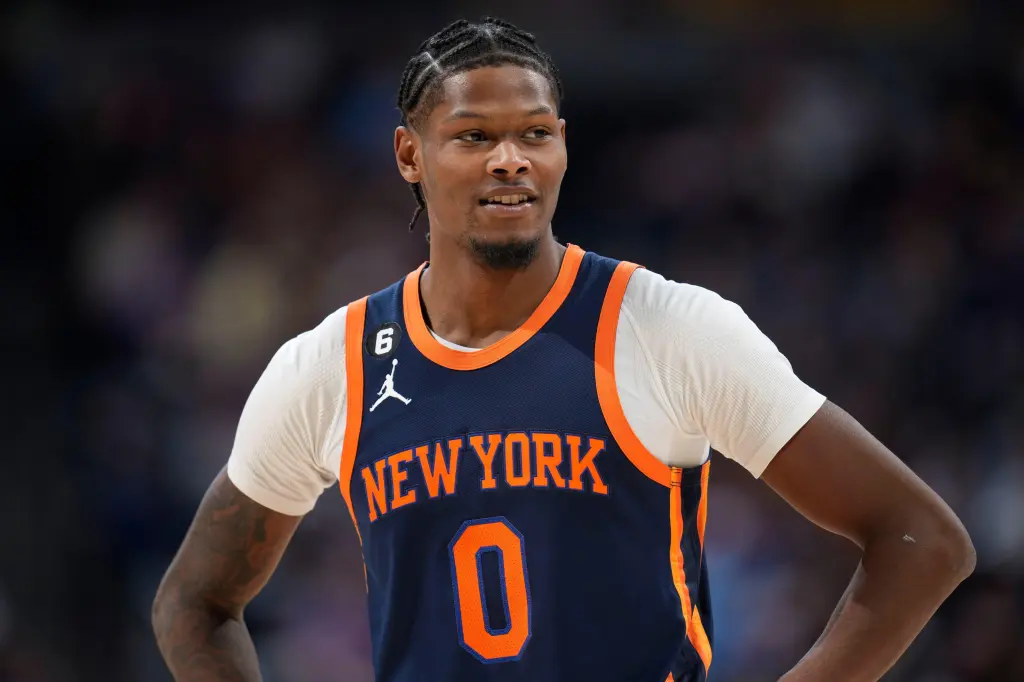 The Los Angeles Lakers are constantly looking for a good deal in the market that will solve all the Lakers’ problems. However, no such players have come to the radar for the squad. The team has been regularly suffering from issues like shooting and offense in recent games. They are even ranked at the bottom of shooting and have the league’s worst offense in the league. If the Lakers dont fix them before the trade deadline, they could end up in the dump like the last time.

LA is not the worst team in the league. But their inconsistency due to their roster has led them to the bottom of the table. The squad has decent talents to be one of the best players in the league. But the players took too long to settle into the group, which caused them a good early start to the season. Since LA missed the early movers’ advantage, the team has to come up step by step now. But the Lakers’ front office is constantly connected with potential trade players.

The Lakers have been interested in the Cam Reddish forward since the last season when he was with the Hawks. And the interest still remains as his name is on Hollywood’s favorable trade list. But alongside LA, there are multiple teams who are interested in acquiring the young talents. Even Cam is interested in leaving his current organization to play basketball elsewhere. According to NBA insider Ian Begley, the Lakers have talked about Redding to the Knicks, but the trade is complicated.

Even though the Russell Westbrook trade looks like a difficult move this year, the Lakers are connected with few potential players. Cam Reddish is dropped from the Knicks. So, his next likely location looks like the Lakers’ locker room. According to Reddish, LA could meet the demands of the Knicks in exchange for the small forward. Although the Knicks would try to ask for more, the market will ultimately decide the value. Even though Cam has shown a great burst in his short career, he is still young in the scene.

The Los Angeles Lakers are the perfect place for young NBA stars to make a great career as they offer much-needed playtime. Malik Monk and Lonnie Walker IV are the most suitable examples of such young players. And it looks like a young player will have to leave to make accommodations for the 23-year-old small forward. The young lad has averaged 8.4 points, 1.6 rebounds, and 1 assist in 22 minutes every game.

The unofficial deal-making has already begun since December 15 is almost here, the day many players will become free agents. Although the winning stretch brought on by Davis provided the Lakers the time, it is time to make decisions now. But the Lakers are dead set that they would not trade picks until they receive an All-star level player.