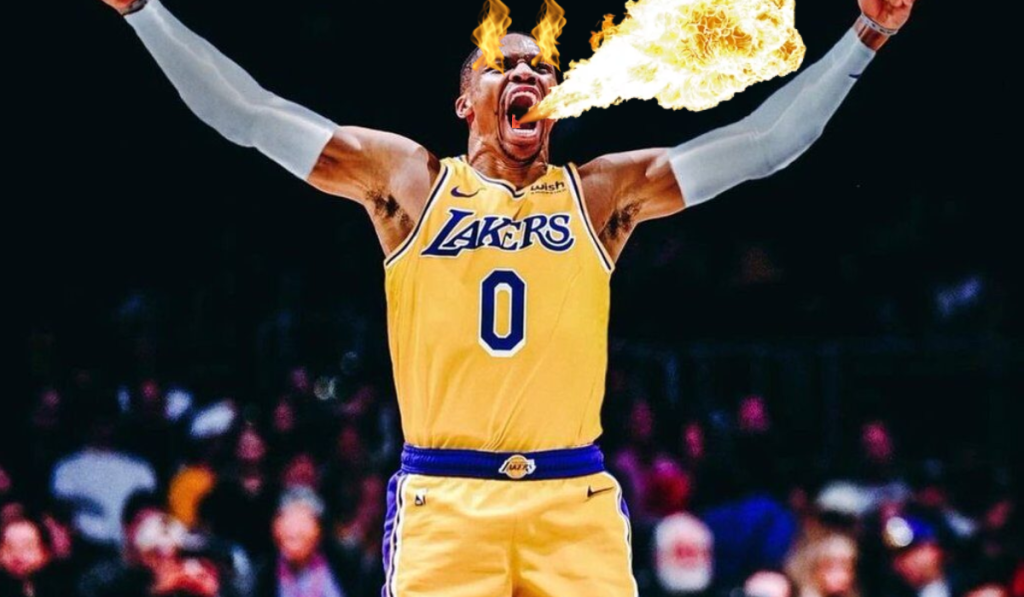 The Los Angeles Lakers are sinking into the deep sea and throwing arms and legs everywhere to save themselves. And the Lakers finally managed a win desperately needed to rectify their trajectory toward the playoffs. Although the Lakers suck as a team sometimes, individually, they are breaking historic records. LeBron James is on his way to taking Kareem Abdul Jabbar’s throne. Anthony Davis broke Shaquille O’Neal’s record for scoring 40 points with ten rebounds back-to-back. And now Russell Westbrook is leveled to break a record last made in 1970.

The Los Angeles Lakers are finally bouncing back from their losing ways in the past week. LA had to make it happen against the Orlando Magic to regain their rhythm before ending the year. The Lakers have suffered a lot in the last two years ever since they won the trophy in 2020. After lifting the trophy, Hollywood has not been the same as it used to be, and the bar kept stooping low. And now things are so bad that the Lakers are even struggling to put five players together to start the game.

In the last game against the Mavericks, head coach Darvin Ham had to put five guards in his starting lineup. The Lakers are an all-time worst as they lost their most important player to a mysterious right foot injury. The Lakers’ medical team is still performing the tests and researching his injury. When he got injured, the insiders and the experts said that it was more than just a foot injury but a stress injury. The 29-year-old is expected to be out for at least a month and could also be extended if he does not recover.

Although the Lakers are suffering in the league, the players on the team are breaking some incredible records this season. In the last game, Russell Westbrook leveled the record with Detlef Schrempf to score the most triple-doubles of all time coming off the bench in a season. In the post-game interview, Westbrook told everyone that they had to make a comeback, and they did. His triple-double played a crucial role in pulling the win after consecutive losses. The 34-year-old was on a different level last night to take his team to success.

The Lakers’ reserved point guard seems to have achieved a historic feat as he has pulled something that has not happened since the 1970s. It looks like Russell is fully capable of carrying the team when the Akron Hammer rests and recovers on the sidelines. In the post-game interview, he tells everyone, “I’m a hooper,”. And he is ready to do whatever his coach orders for his team to find such wins. The next challenge waits for LA in Miami, where they play the Heats. According to Russell, there is no replacement for Anthony Davis, but they will have to keep going.