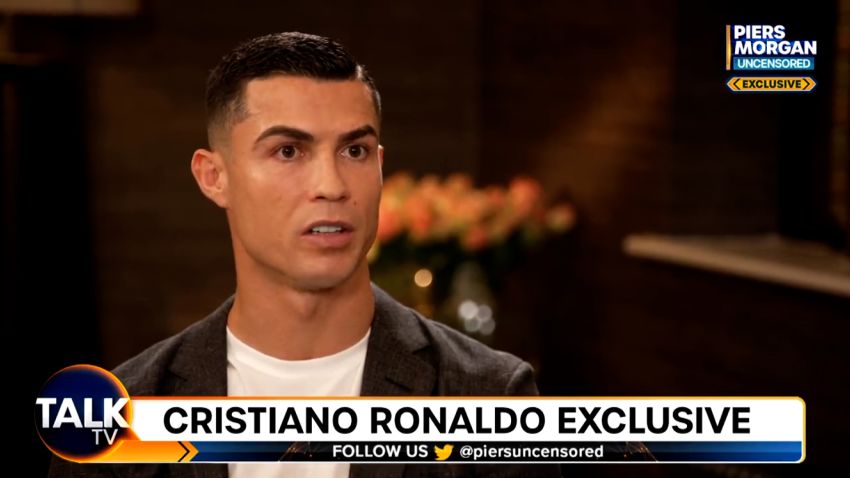 Cristiano Ronaldo’s wish finally came true of leaving Manchester United after being benched on several occasions. The 37-year-old was desperate to leave the club after he finished the sixth position campaign in his first year with the United. Ronaldo has always made it clear that the striker wants to play in the Champions League from the beginning. However, no club was ready to pick up an old striker who costs a hefty amount per week. Moreover, the new United manager Erik ten Hag, also mentioned that the Red Devils needed the Portuguese striker in the team.

Cristiano Ronaldo Was Aware His Interview Could Gaslight His United Contract

British Journalist Piers Morgan, who took Ronaldo’s exclusive and explosive interview, says Cristiano will be happy after his departure. It was clear that Cristiano was not happy at the club that did not let him play. However, after the summer transfer window ended, the five-times Champions League winner was on the bench only. After such happening, Cristiano was desperate to leave the club and confirmed his departure by sitting in the uncensored interview with Morgan.

Just before the World Cup campaign began for Ronaldo, he received a farewell from United with a brief statement thanking him for his contributions at Old Trafford. Looking at that, Morgan reacted by saying he did not think that it would be this quick, but Piers was happy for the five-time Ballon d’Or winner. The British journalist also believes that the Portuguese star should now go to a club that will respect him. Meanwhile, many people believe that Cristiano participated in the interview to get United off his back. And Piers confirmed it in the interview, saying that “its entirely how he wanted it to be”. Although Ronaldo’s termination is mutual, it began when Cristiano sat for the interview with Piers.

Cristiano has moved past the incident and shifted his attention toward the World Cup. Lionel Messi lost his first match even after scoring an early penalty against the Saudi Arabia side. On the other hand, Ronaldo led his team to victory against a tough Ghana side. Both scored a penalty to open their first group game of the tournament. This could be the last World Cup for Ronaldo and Messi to put their hands on the trophy. The pair would be desperate to take their national teams as far as possible, as both lack a World Cup trophy.

If any one of Argentina or Portugal wins the trophy, then Ronaldo or Messi could become the greatest in history. However, that looks difficult because the tournament has commenced with all the underdogs giving big teams a rough time. Similarly, Argentina lost its first game against a team that fans would have never expected. Even Portugal had a tough time crossing paths with Ghana on their first day.