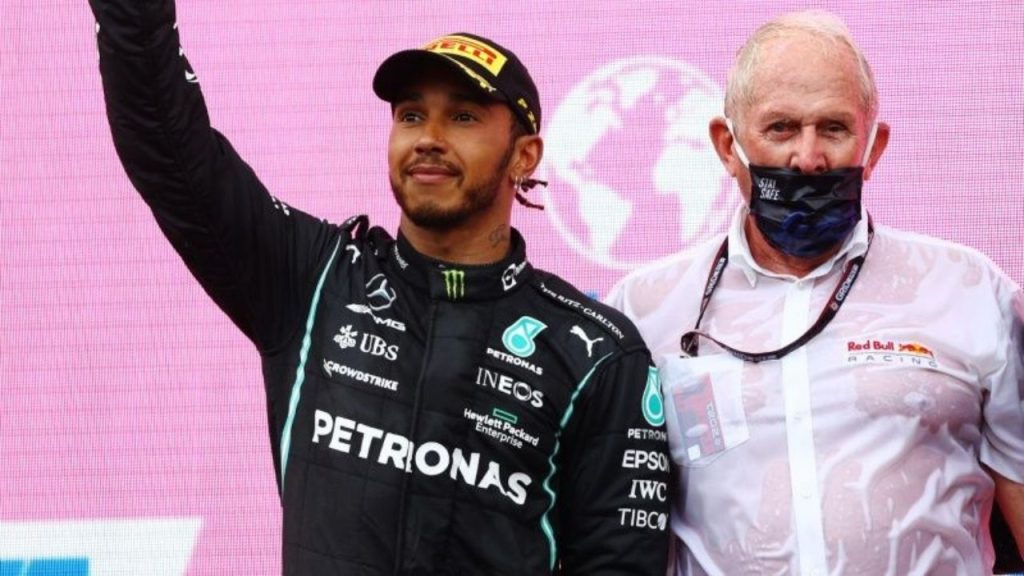 Lewis Hamilton broke his streak of winning races every season in 2022 and made another streak of 22 winless Grand Prix races. However, this winless streak will definitely get a full stop next year, as predicted by Red Bull advisor Helmut Marko. Initially, in the season, Mercedes identified porpoising issues in the car. Fans kept on hoping for Hamilton’s first win of the season with each coming Grand Prix. But except for disappointments, they got nothing.

From the start to the mid, Mercedes was too weak even to reach the nearest to Verstappen. Undoubtedly, in the closing races, the Silver Arrows challenged the reigning champion. Lewis Hamilton started battles with his old on-track enemy from Austin after Mercedes launched its final upgrade of the season. Mercedes performance got better in Mexico and in Brazil, and finally, the team won their pride back. They finished the Sau Paulo Grand Prix with a one-two dream victory. Red Bull was very much concerned then as they had the season’s poorest performance at Interlagos.

Mercedes pace-back performance made Red Bull realize that there is something left with the Silver arrows that still haunts them. Next year, when all the porpoising issues will be solved in the Mercedes factory. A strong W14 will be built, then no one will be able to stop Lewis Hamilton from winning. Helmut Marko is afraid that Hamilton’s woes will not continue in the 2023 F1 season.

Red Bull’s advisor believes that Mercedes fought better than how it could this year. However, the team is not yet at its standards. They have got more wind tunnel tests than Red Bull for the next campaign. So definitely, they will have their averages by next year.

Red Bull Has Max As The Best Driver. Where Is Sergio Perez?

Marko lately revealed that Red Bull is not too worried about their fewer allowance in the Wind Tunnel test. Mainly because they are traveling on the right path for 2023. And most important, they have the best driver in the team, Max Verstappen, the two consecutive F1 world champions. He will not let Red Bull down.

However, several other issues, instead of the cars, have been raised in the Milton-Keynes-based team. One of them is the clash between the drivers, Max Verstappen and Sergio Perez. Red Bull’s priority is always Max, fans believe Checo always suffers partiality in the team. Whenever Red Bull’s heads talk about winning, they take Verstappen’s name. Also, this year, Verstappen’s second world title was apparently the main focus.

Nevertheless, Sergio Perez lost his runner-up position because of Max Verstappen, as he did not let him score better in Interlagos to fight with Ferrari driver Charles Leclerc. A second position in the driver’s standing was everything for Checo this season. But unfortunately, it was taken away from him. And, still, his principal does not consider him worthy of winning next year’s title. In an interview after the season ended, Boss Christian Horner came out to claim that Max Verstappen will definitely win next year’s trophy. But Sergio Perez was missing in his statements.