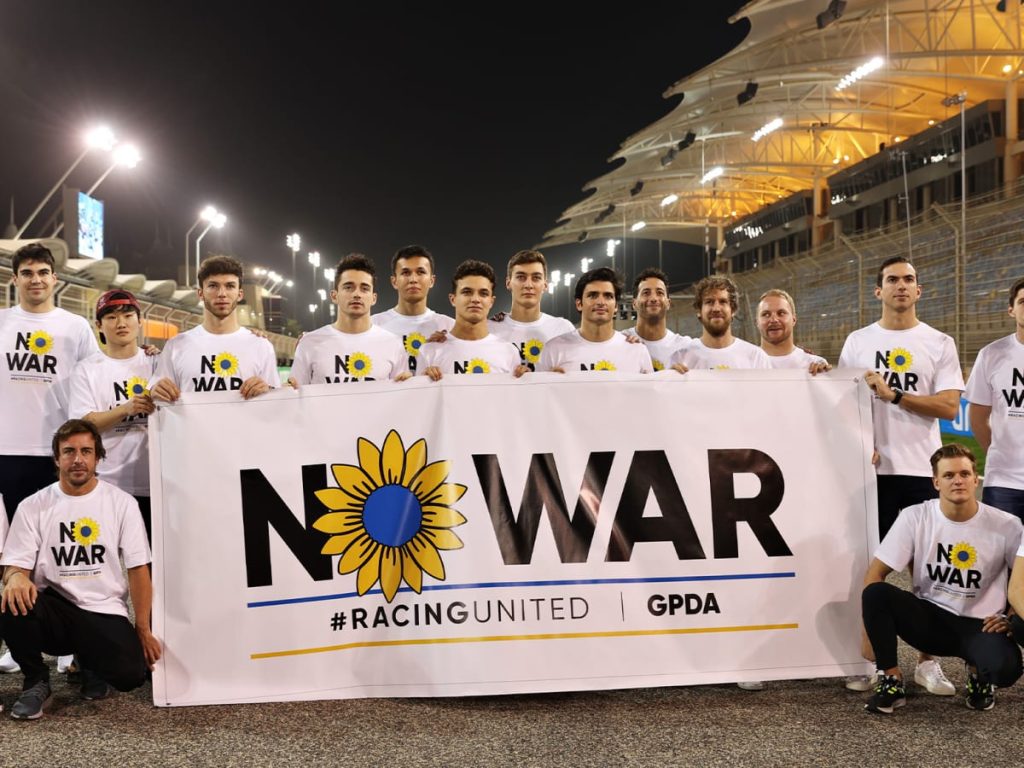 The Russia-Ukraine war caused the Russian Grand Prix 2022 to be terminated in February as Formula One supported Ukraine against Vladimir Putin. Russia is suffering from global sanctions as none of the peace supporters allowed themselves to deal with them. Despite the FIA boycott of Russia, Red Bull continued its business in Russia, which now has got an appeal to stop. Red Bull’s champion, Max Verstappen, has got an urgent request from this year’s Nobel Prize winner to ask his team to stop helping Russia in finance.

The Red Bull motorsports racing team in Formula One is a subsidiary of an energy drink company that has its reach all over the earth. When Russia invaded Ukraine violently, all the big brands, event organizers, and sports boycotted business with the country to stand in support of the Ukrainians who suffered atrocity by Russian President Vladimir Putin. However, Red Bull is still the one brand that has good relations with Russia, which exports energy drinks.

Meanwhile, a human rights lawyer from Ukraine, Oleksandra Matviichuk, noted it as offensive. Being a representative of such a prominent sports team, Red Bull should not continue their deal with a country that promotes illegal invasion. Max Verstappen is the biggest star of Formula One at present as he stunningly won the season with 15 spectacular wins. Indeed the Dutch driver is now the most influencing personality for millions of people. Anything he says means a lot to millions. Keeping the value of Verstappen’s dignity, Matviichuk sent a direct appeal to Max Verstappen to demand a cease in the energy drink’s trade with Russia from the team.

Why Is Red Bull Still Helping Russia In Finance The War? Asks The Nobel Prize Winner From Max Verstappen

In her very convincing message via a projected video, the Ukrainian Human Rights lawyer insisted on Max Verstappen and all Red Bull athletes to talk to their parent company’s head. Matviichuk said, ” I know that driving in Formula One racing cars is dangerous. But for millions of people, it is more dangerous just to be in Ukraine.” The Nobel prize winner revealed that she is currently in Kyiv, the capital of Ukraine. And there, same as all the other Ukrainian cities, Russia has shelled its rockets.

Specifically speaking to Max Verstappen, the Nobel prize winner, said, “You are a leading brand ambassador of Red Bull. So can you please ask them the reasons why the company is still on sale in Russia while the other global brands have pulled out?” She asked again, “Why does Red Bull still continue to help Russia to finance this war?” In the end, Matviichuk asked for Verstappen’s support to “convince Red Bull so that they finally stop their business in Russia.

As for now, there has been no response from the two-time world champion. Let’s see when and what action Max Verstappen takes in order to stop the energy drinks supply in Russia.

Share. Facebook Twitter Pinterest LinkedIn Tumblr Email
Previous ArticleFerrari Set To Use Its VETO Power Against Red Bull Powertrains, Don’t Want The Rival To Have More Advantage In 2026 Season
Next Article Aaron Judge Had A PRODUCTIVE Meeting With The Giants! Is Yankees’ Slugger Headed To San Francisco?