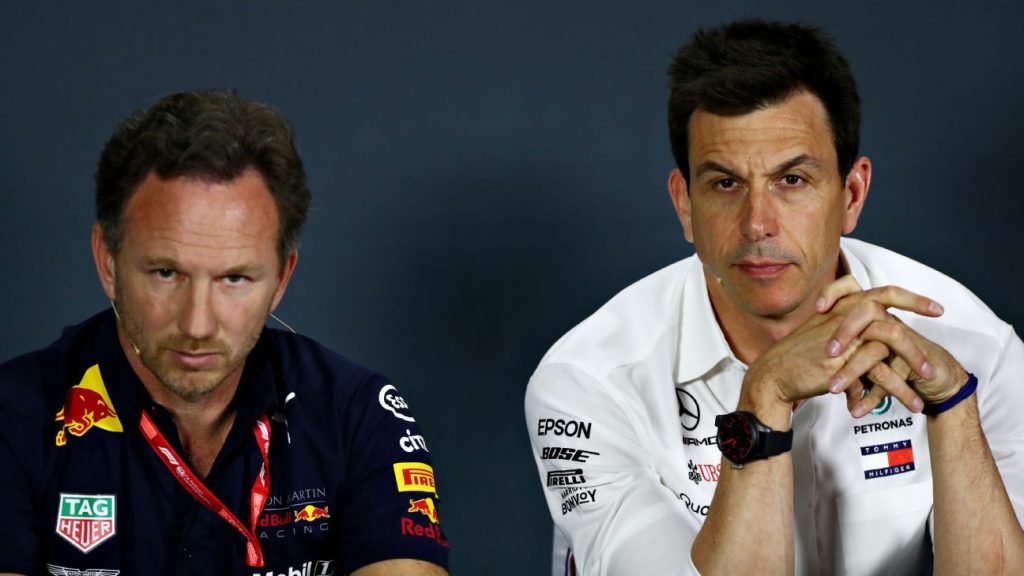 Another tug of war is in the making between Red Bull and Mercedes. And this time, it would not cover just the principal Toto Wolff and Christian Horner. This is because FIA is majorly involved in the fiasco. As per the recent reports, two out of the ten teams had breached the budget cap set for last year. And speculations are turning towards none other than Red Bull and Aston Martin. Now, Mercedes is rolling strong to push FIA to provide Red Bull with a harsh penalty as a consequence of violating a rule. But will that happen? Keep reading to find out.

Red Bull Broke The Most Important Rule Of Formula One

Last year, Mercedes driver Lewis Hamilton was on the verge of achieving his eighth Formula One championship title at the Abu Dhabi Grand Prix. However, the scenario changed when Max Verstappen won the race and championship because of then-race director Michael Masi‘s “Human Error.” However, the horror of the race still haunts the Silver Arrows and Hamilton. And now, with the news of Red Bull under the radar of breaching the most important rule, the German racing team is pushing for the utmost punishment for Red Bull.

The FIA is scheduled to make an announcement next week regarding the last year’s budget cap. They will also reveal the two teams who have exceeded the cap. However, as reported by the German publication Auto Motor und Sport, the Austrian team has surpassed the last year’s budget cap of $148 million by $5 million. On the other hand, the team is trying to confine the situation. They stated that the spreading news about Red Bull is just mere speculation. Meanwhile, the second team to face the investigation, Aston Martin, has reckoned that they have submitted their 2021 reports. They are now waiting for the certification from the FIA.

Until now, FIA has not announced the defined penalty for the situation happening. However, as per the set regulations, any team breaching the budget cap of up to five percent will be considered only a minor rule violation. However, those who surpass the five percent mark will be put up with some harsh punishment. So, according to this rule, Red Bull will supposedly get away with some minor penalty for the rule violation.

Now, after facing so many wounds by Red Bull, Mercedes and Ferrari will hope for a stronger stance from FIA to punish the Austrian team. They would want Red Bul to get a suspension from an entire Grand Prix or something around. However, it is likely that they might just get fined for the rule violation like Williams. They failed to submit their documents by the March 31 deadline. And as a result, they were hit with a $25,000 fine.