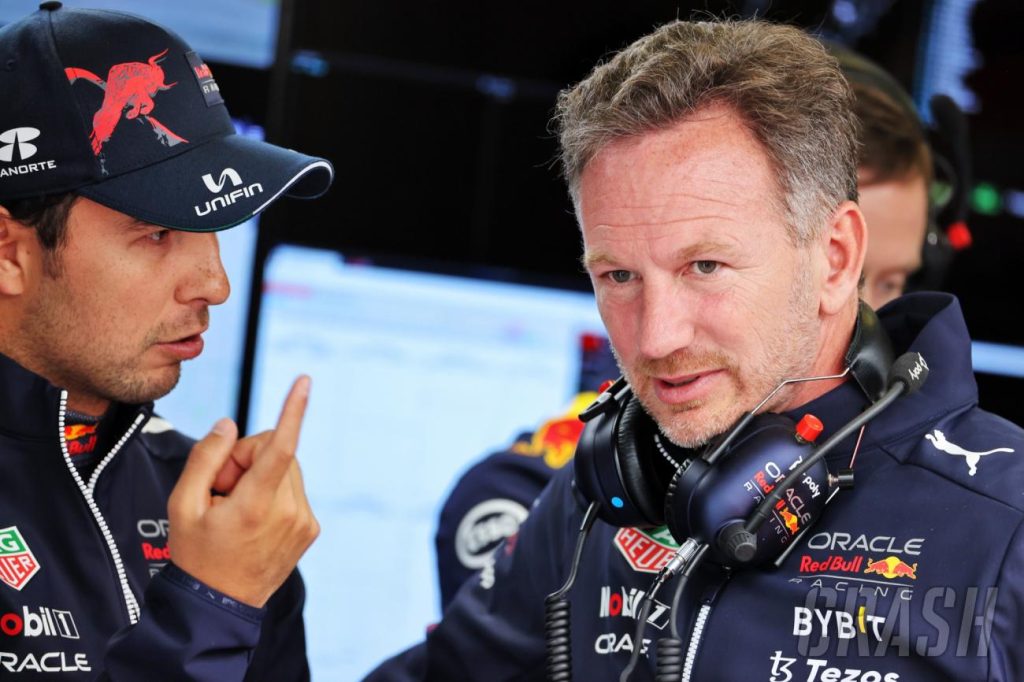 Red Bull is evidently dominating the 2022 Formula One championship with full force. Their lead driver Max Verstappen is clinching the top position one race after the other. He is on the verge of securing the 2022 world championship title even when six races are left in this year’s schedule. However, their second driver Sergio Perez is not at the same level as his team-mate. He has secured only a single win at Monaco Grand Prix and a few podium positions. However, fans are yet to witness a solid performance from Checo’s side.

And now, Red Bull boss Christian Horner has made a bold statement against Sergio Perez. The Austrian driver pointed out why Checo is struggling against his partner Max Verstappen. Keep reading further to find out.

Christian Horner Horner Calls Checo A “Servant,” But Why?

At a point this year, Sergio Perez was in the race of title contention along with his team-mate Verstappen. There was a point when the two were racing against each other to secure the top track position. However, after a few races, Checo started getting behind in the race, while Max Verstappen increased his pace to secure the first position in driver’s standings, 116 points ahead of the second positioned Ferrari’s Charles Leclerc. Right now, Perez is in the third position with 210 points, a whooping 125 points behind his team-mate Verstappen.

Meanwhile, Red Bull boss Christian Horner pointed out that the idea of teammates is not there between his two racing drivers. In a Q&A for the Cambridge Union, Horner reckoned that Checo’s role on the team was to help Verstappen and Red Bull win championships. And he worked according to his role last year. “I think that certainly last year, Perez was an incredible servant for the team, where he helped his teammate on numerous occasions,” the Red Bull boss pointed out.

However, in 2022, with a complete reset, new regulations, and new cars, Sergio Perez is now in the race for title contention. Horner explained that now, Checo believes in himself that he can be a world champion. So, as a team, Red Bull is fighting with Ferrari, and the drivers are competing with each other within the clan for the title.

Why Did Sergio Perez Fall Behind In The 2022 Season?

Recently, Red Bull’s technical director Pierre Waché explained the reason behind Checo’s dip in performance. As per him, the upgrades to suit Verstappen appear to be one of the reasons for Perez’s lag in the race. “The main factor is clearly the balance of the car and the confidence, compared to the beginning of the year when the car was a little bit more balanced for him and a little bit less for Max.”

Waché further revealed that it was tough finding the right set-up for Checo. He added that after the development potential the team has put on the car, moving away from that may be a part of it.

Share. Facebook Twitter Pinterest LinkedIn Tumblr Email
Previous ArticleForever Mercedes! Lewis Hamilton Confirms His Stay With The Silver Arrows Till The End, Raging For 8th Title
Next Article Yankees Are Trying To Get The Friday Game Against Red Sox To YES Network! Will Aaron Judge Get His 61st Homer?