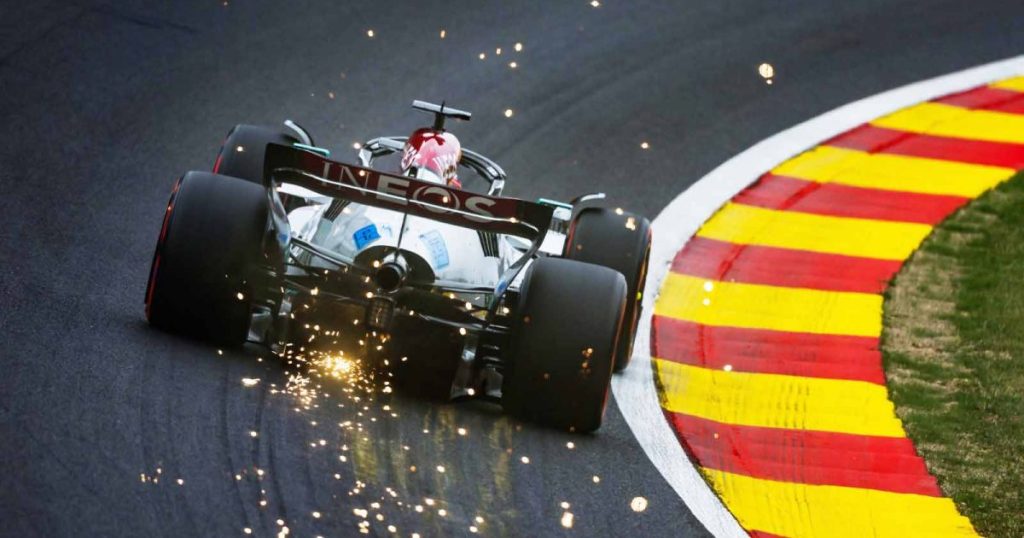 Usually, fans might have heard of the racing teams bringing updates to their cars in different Grand Prix races. However, this time, the tyre supplier, Pirelli, has announced some updates for the upcoming Singapore and Japanese Grand Prix. But will that help Mercedes enhance their performance to achieve their first race win of the season? Keep reading to find out-

Recently, the Formula One tyre supplier, Pirelli has announced their tyre specification for both Singapore & Japanese GP. The company has decided to fill in the Suzuka circuit with a set of hardest tyre. On the other hand, they have decided to go with their softest configuration for Marina Bay Street Circuit Singapore. However, this update has raised some questions in the fraternity. Pirelli took a similar step this year for Monaco GP as well. But Marina Bay Street Circuit is filled with harsh corners under hot climate conditions. So, the humid weather, along with the hard tracks, will become a problem for the drivers to race on.

Although the Singapore circuit is different as compared to that of the Monaco circuit. Where Monaco is a narrow circuit with near impossible space to overtake, Singapore is wide enough to have some face-off on the track. And that is why, Pirelli has opted for the aggressive approach rather than the conservative one. Moreover, fans might also see the teams forced to have a two-stopper as well in the upcoming race.

Mercedes has seen the worst of the problems they could’ve imagined at this year’s competition. Because of the porpoising issue, bouncing, the downward force and some other situations, the Silver Arrows were unable to race at the front of the race. Even when Mercedes driver George Russell was able to concede some consistent points for the outfit, their lead driver Lewis Hamilton had to face downfall at many points.

However, with the addition of a new tyre update by Pirelli, there is a slight chance that the German racing team will pick up the shield again. If things come around the way they expect, there is a chance that fans might see Lewis Hamilton winning his first race of the season. Moreover, he can also gain some point lead and upgrade his driver’s standings from P6 to maybe the top three.