Mercedes KNEW About Their W13 Slump Before The Start Of The 2022 Season, Failed To Make Updates 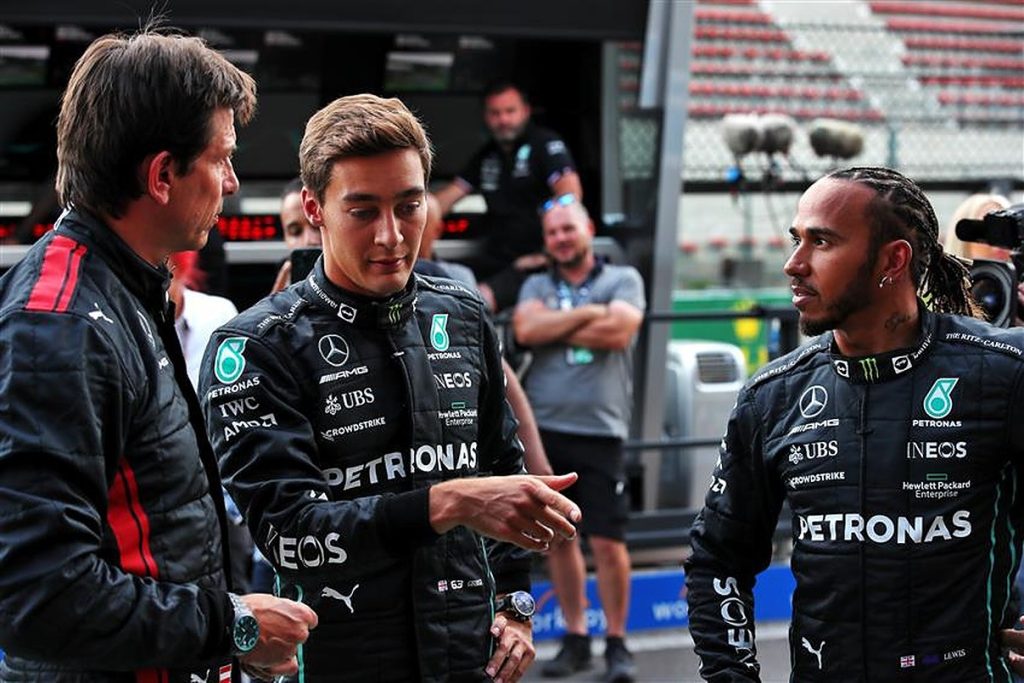 No one knew that 2022 was going to be the last of Lewis Hamilton’s legacy. It is going to pass without wins, without poles, and without an intense battle for the championship for the Mercedes. After the F1 ace lost his eighth world title in Abu Dhabi last year, he and his millions of fans were hoping this year to be the record breaker, no one expected this. However, maybe team Mercedes is not from the category of not knowers.

According to the recent statement of the team’s technical head, the team knew that 2022 was definitely not going to be the best. Even before the season began, the Silver Arrows had suspected something wrong in the W13, and they knew that the year is going to be the hardest for the Silver Arrows. Andrew Shovlin says, “to be honest, the signs were from the very early running.” In the initial part of the season, the racing team started facing mysterious porpoising issues. The last winter, when Mercedes tested W13, there were some issues found. Although at that point in time, it was considered ‘sandbagging.’ However, the ‘sandbagging’ issue gave trouble enough for Mercedes to pass 21 races with only disappointments.

Mercedes trackside engineering chief Andrew Shovlin tells the story of the Silver Arrow’s struggles of 2022 and how they did not give up on overcoming them. Focusing on what they said last winter about the sandbagging issues, Andrew said, “I don’t know what we said. But, the issue was found on the filming day that Mercedes did at Silverstone.” After suspecting something wrong in the very first running, Mercedes had to go to Barcelona for three days. There, they found that W13 was not as competitive as everyone was expecting it to be.

Even After The Hopeful Upgrade, Mercedes Failed To Become Quicker

Apparently, the team was somehow relieved because some updates were left to be brought to Bahrain. Now, there came the heartbreak! Even after the launch of the update in Bahrain, W13 was not getting any quicker. “We put the update kit. Now, it has been an interesting year from there on, However, there has been a lot of work to do to try and get on top of those problems,” said Shovlin. In support of Shovlin, Mercedes’s strategic chief, James Vowles, also came out to continue the sad tale of Mercedes. “Certainly, there were some tough moments in the year,” said Vowles. He believed that Imola was the real low point for Mercedes. In the first sprint race, “We really suffered,” he added.

James Vowles revealed that the drivers struggled too much in the Imola Sprint race. They were fighting back toward the back of the grid at certain points. However, the strategic head believes that there are two sides to Mercedes, one which deals with the porpoising issues and how the team performed with the car. And the other side of the story ends well because, by the end of the year, the drivers and the team fairly did a good job all the way through by not giving up.

Team Mercedes keeps high hopes for next year because from fighting for P8 and P10, the drivers started fighting for the win with P3 and P3. This was progress, and this was an example of the culture that Mercedes holds.