Mercedes Bringing Solid Updates In Next F1 Season! George Russell Sure Of Their Rise In 2023 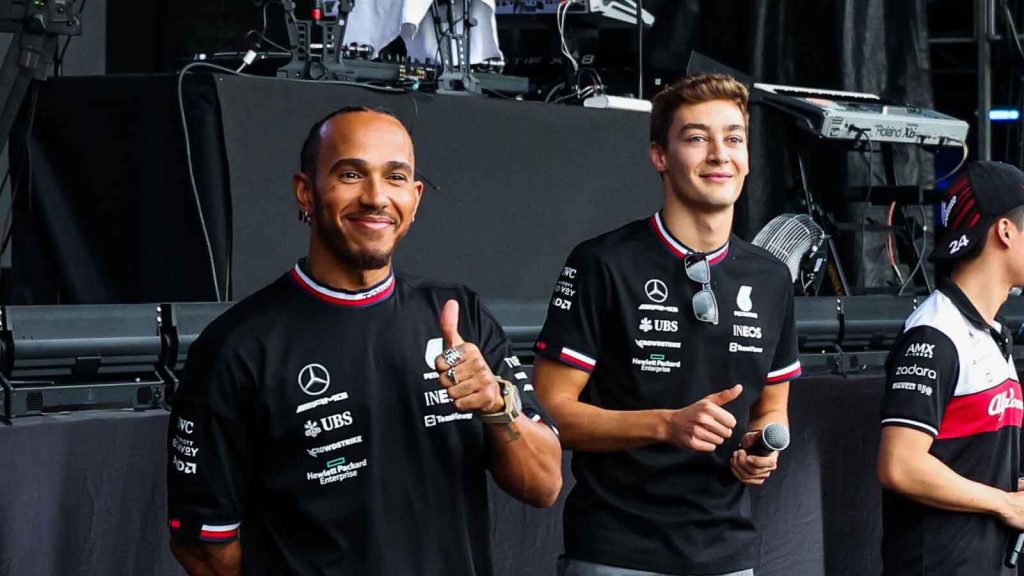 George Russell is a Mercedes newcomer, or, let’s say, the pride (life) saver for the 2022 F1 season! This season Mercedes just faced its worst nightmare coming true. The team passed the season with just one win (but a one-two win), which is the least it ever recorded after it had Lewis Hamilton in it. 2022 was the first for George Russell with Mercedes. And unfortunately, he was given the worst that was ever made in the Mercedes factory. Yet he managed to secure a win (a maiden win), with the confidence to believe that next year will be good for Mercedes.

Despite all the negativity that the Silver Arrows is surrounded with by the loss of two consecutive years, its new driver, George Russell, believes that 2023 will have a stronger comeback. In an interview with BBC, the 24-year-old Mercedes driver came up with an optimistic belief for Mercedes claiming a stronger position for the team from the first race next year. George Russell also explained the issues that made Mercedes suffer so much this year.

It is indeed true that Mercedes did not make a strong car this year under the new regulations. But this certainly does not means that the team has forgotten how to build a strong one, as stated by George Russell. Speaking of the mistakes they made this season that led to the failures, he said, “We just got wrong this year. The philosophy that Mercedes chose was wrong.”

Mercedes Will Have A Great Future! Claims George Russell

According to George Russell, the path that Mercedes chose this year for the win was not teh path it should have chosen. The route was wrong, and so the outcome was wrong. He believes, “sometimes it takes a long time to dig yourself out of that hole.” But now, Mercedes has dug itself out of that hole, plus they have started building on top of that.

“Mercedes is just a step behind Red Bull and Ferrari. Yet we[the Mercedes team] have got a lot of catching up to do. However, we are definitely going to be in a much stronger position from race one next year than we were this year.” said George Russell. Later he explained his own experience when he joined Mercedes, the dream team!

According to Russell, “When someone joins a team like Mercedes, they expect victories. I felt ready to fight for race wins and championships this year.” However, all that he gotta do is manage with those great expectations. George Russell revealed that he had to change that great sight he had for Mercedes. This has been intriguing for him this year, especially watching how the team dealt with the situation this year.

The 24-year-old Mercedes driver said, “I am here for the long haul. And even though I wanted to win and fight for the championship this year.” The young Briton concluded with a good prediction for the team. “When I look back after 10 years of time. I say that the 2022 season was somehow a positive one in the long journey,” said George Russell.