Mercedes Not Allowed To Bring The Key Update For the 2023 F1 Season, Denied By FIA

The two designs that Mercedes developed this year and had hoped for next year have been banned by FIA. The aerodynamics upgrade by Mercedes and Aston Martin is considered illegal in the technical rule book Formula One.
By Uzma FatimaNovember 25, 2022Updated:November 25, 20223 Mins Read
Facebook Twitter Pinterest LinkedIn Tumblr Email 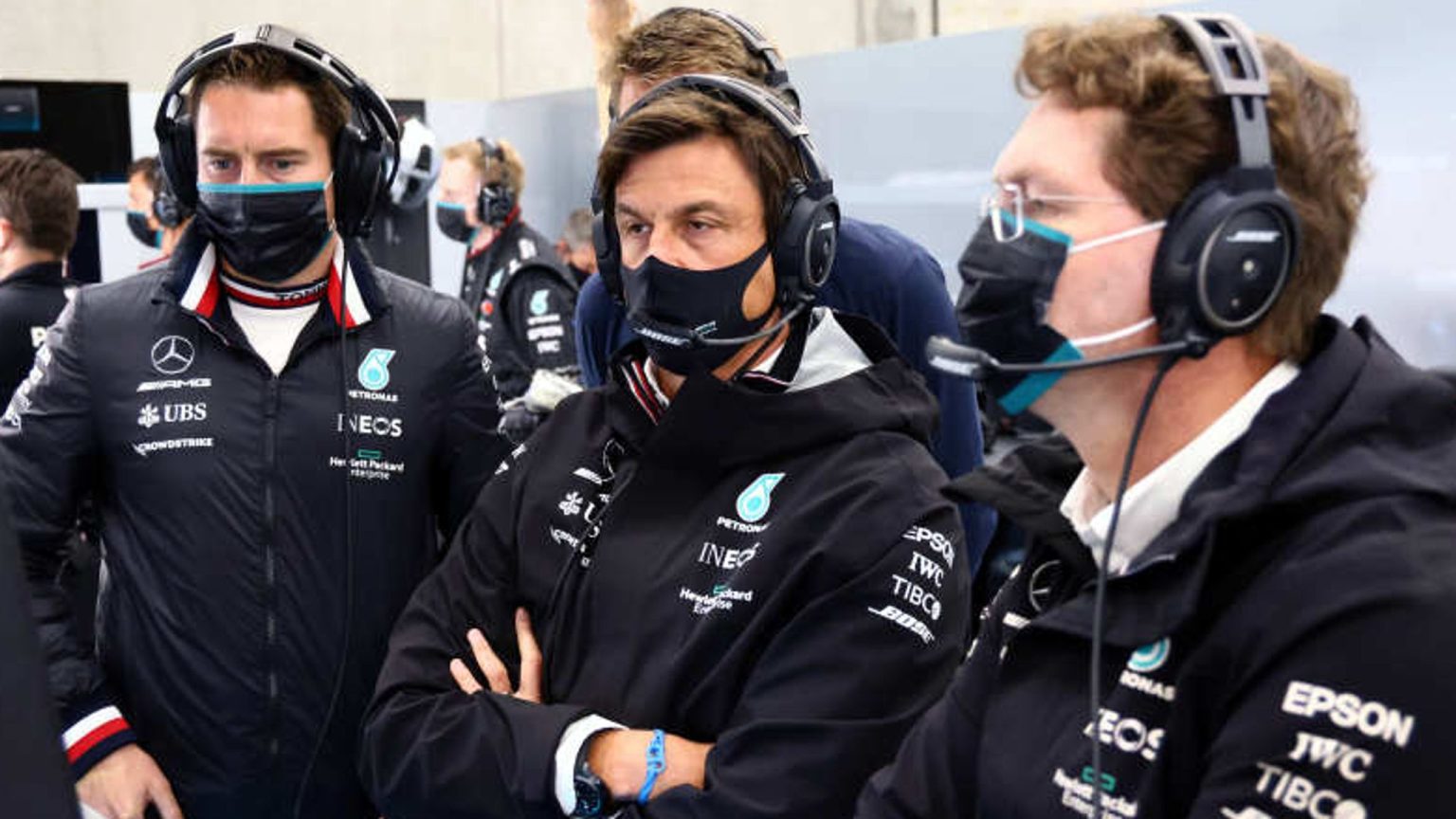 Mercedes were evidently struggling with their car design under the new regulations at the beginning of the 2022 F1 season. However, the team introduced an idea of a front-wing endplate to end their drought season. After passing four winless Grand Prix, Mercedes initially launched their unique design of a radical front wing between the flapped and endplate section. W13’s rear part with flaps was changed as it appeared. It was swept forward in order to detach the flaps from the endplate at the lower edge of the car. The team hoped to get the car’s pace back with the design. Apparently, it was an extent similar to the previous regulations.

On the other hand, along with Mercedes, Aston Martin was also suffering to get adjusted to the new regulations launched in 2022. During the Hungarian Grand Prix, the team came out to raise people’s eyebrows with the rear-wing design as it seemed to be very much unlikely with the new regulations. Martins brought a unique design arrangement with the endplates and the rear wings. It changed the car’s downforce and span, which was unnecessarily generated.

The new design that Aston Martin launched was almost to put the endplates in the traditional way. It reduced the power of the tip vortex and helped in airflow disruption. As a result, the car became free same as Mercedes in terms of following one another.

FIA Strict Towards The New Regulations, Bans The Complicated Design Of Mercedes And Aston Martin

However, both Mercedes and Aston Martin were allowed to bring those updates despite the concerns of it being illegal. FIA did not show any kind of nuisance this year with those designs. Though, some people were shocked to see the design as it just appeared to break the new regulations launched.

Meanwhile, for 2023 FIA has become more strict. Its single-seater technical director Nikolas Tombazis has released a statement suggesting that the designs that Mercedes and Aston Martin developed were legal for 2022. But, for 2023, technical regulations have been changed. And now, they cannot apply the same idea for next season. FIA has released a rule which is more strict with the sweeping back of the front wings and wing tips. The idea of the traditional endplate and anything similar to that is totally banned in Formula One.

When Aston Martin’s performance director Tom McCullough was asked to throw light on the matter. He seemed a little proud, not for how FIA banned the design. But for how the team created a bold design even under so many restrictions. He believed that the fact that Aston Martin and Mercedes came up with something novel had been very nice this year. According to Tom, the design of the endplate and rear wings that they launched in the Hungarian GP was very difficult to interpret. No other team could easily copy that because it was very creative and complicated.