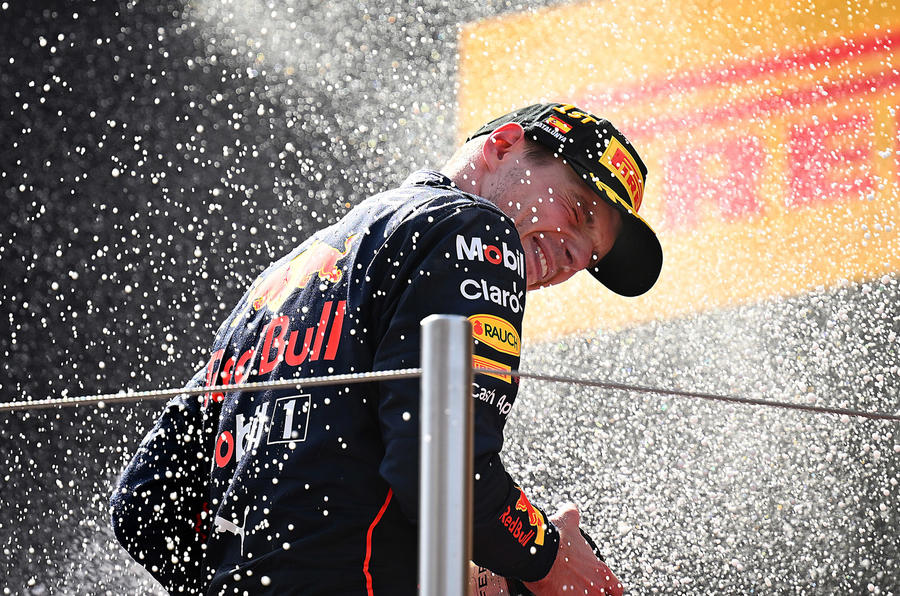 This time, Red Bull driver Max Verstappen is very much pleased with his Formula One car, RB18. He has won 11 races this year, with a 5-race win streak in the last few races. Now, only six races are left to happen, and predictions are that the Dutchman is going to break many records in the remaining Grand Prix. The champ is moving with the most possibilities to win his second World Champion title in Singapore this weekend. As Verstappen has already scored 335 points and leading the championship by 116 points from Charles Leclerc, he just needs 22 points to outscore the Ferrari driver and take home the title.

Max Verstappen Satisfied With His RB18

Besides, Ferrari is at the second position behind Redbull by 139 points. Redbull is leading the Formula One championship by 545 points. After Max won his 31st career F1 Grand Prix at Monza last month, he discussed with the media about his cars. He said that the team had an amazing experience this year. Though they have had a lot of challenges at different tracks, the RB18 seems to work at all types of tracks now, and the team is extremely pleased with it. Even if Ferrari is leading in the single-lap pace, Red Bull is dominating the formula one races in terms of overall performance.

Despite being worried about what happened in Monaco last year, Max Verstappen seems very much unconcerned with the overweight car issues this time. When the media asked the Red Bull driver about the issues he faced previously, he said, “Monaco was just the wrong place for the car to be overweight. That’s why we’re just understeering and where a lot more prone to front-locking.” However, the Dutchman does not think that the situation will repeat itself at this year’s Singapore GP. But what if some other problems occur in Singapore? Verstappen reverted to the question, “We just need to work on the setup, see how this car bumps and try to go as fast as possible.”

Looks like Verstappen is not at all worried about the Red Bull car’s weight and its impact on his performance. Whatever the problem comes, the Dutchman is ready to deal with them and cruise to the top track position to win the races.

Meanwhile, Max’s father, Jos Verstappen, seems too hopeful for his son to win the race title at Marina Bay Street Circuit. As fans are already aware, Jos was also a great F1 driver. From 1994 to 2003, he raced for seven teams in eight sessions. Not only that, Max’s father was the first dutch driver to stand on the podium, as he scored enough to take the third position at F1 1994 Hungarian GP. But, no doubt, his son Max Verstappen has crossed all the boundaries to become the only Dutch to have won the Formula One world championship.

Apparently, Jos is expecting his son to become the Formula One world champion for the second time as soon as possible. He stated that everyone in his family is ready for the title and is still more than excited. Jos added that he even wants to go to Singapore with Max. Not only that, depending on the result, he will fly with Max to Japan as well. At last, he reckoned, “Of course, Max has a lot of points lead ahead. But the only important thing is that he becomes the world champion”.

Share. Facebook Twitter Pinterest LinkedIn Tumblr Email
Previous ArticleValtteri Bottas Says Mercedes & Ferrari Are DIFFERENT Yet SIMILAR! In Talks For His Naked Video
Next Article Why Is Mercedes And Petronas Partnership GOOD NEWS For The Team Ahead Of New FIA Regulations?