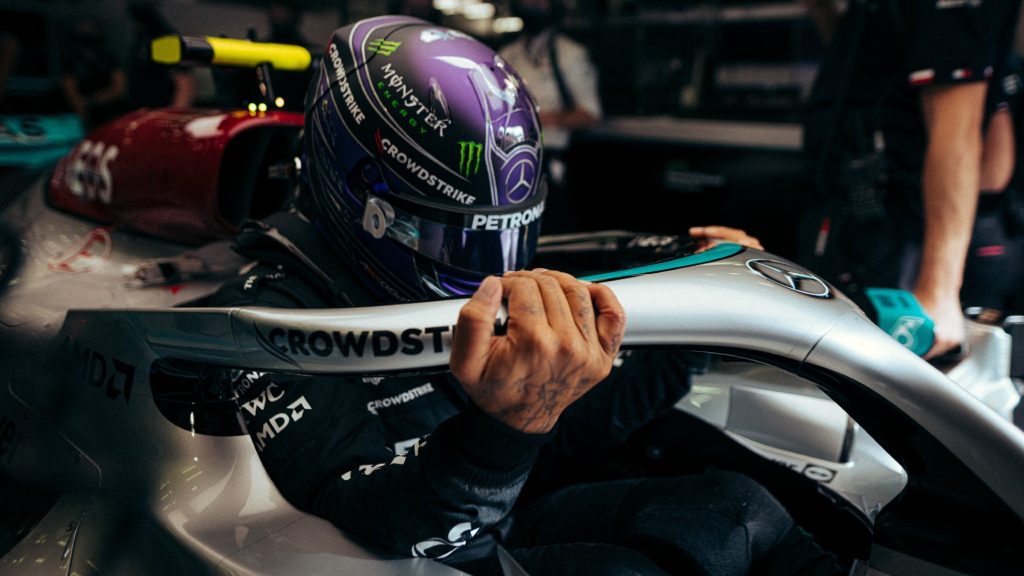 Surprisingly, Lewis Hamilton has won the Autosport British Competition of the year award. Even when George Russell was not even present in the program. This has created a debate among fans, and the 24-year-old seems to have a strong point in favor. But fans are questioning why Hamilton got the Award for the British driver of the year, who did not even win a single race or session. Whereas George, who saved Mercedes’s pride by winning the only race in the season, got nothing?

The question among the fans is, what more it takes for George to be that Award deserving? George Russell won a race; he finished under the top 5 drivers list of 2022. Moreover, his overall performance was evidently better than Hamilton’s then why doesn’t he was even nominated for the Award? And on the other hand, his teammate Lewis Hamilton wins the British driver of the year honor.

This season was statistically the worst for the seven-time world champion. Initially, he struggled with the car, and eventually, when everything was finally going smoothly, Lewis Hamilton faced his first mechanic failure in the last race of the season. As a result, he had to end the season-ender race prematurely. Obviously, the reason for such a downfall is the W for Weak W13. But, if in the same W13, his teammate George Russell performed more consistently, and won his maiden race, then at least he should be praised by the British award show. This is what fans are asking in favor of George Russell.

It is indeed true that Lewis Hamilton is the greatest of all drivers. He holds the record for 103 Grand Prix wins, the most victories in Formula One, equalling Michael Schumacher, and not to mention he is already a seven-time world. But, as a matter of sad fact, this year, the GOAT driver was hit by luck. He did not get the required cars to beat the strongest ones on the grid. In front of RB18 and F1-75, W13 was comparatively too weak.

Meanwhile, in the debate, fans are complaining about British management. Like on what basis were the awards distributed? The past achievements? Or the year’s overall performance? If the honor was to offer the best driver of the year, then apparently, George Russell and also Lando Norris are the same deserving British.

Norris was also mentioned in debates taking place by fans on social media. He finished the season with McLaren’s car, which made him suffer. However, still, the 23-year-old managed to secure the seventh position just behind Lewis Hamilton in the driver’s standings. With Norris’s missing out on the award, one of the fans said that his three years winning streak is over now.

Lewis Hamilton was not present in the show to receive the Award physically. But, just then, he made a gratitude video and asked for apologies. “I am sorry I could not be there in person. But, a Huge Thankyou to all the Autosport readers.” said the seven-time world champion after winning the British driver of the year’s Award.