Lewis Hamilton Vs. Max Verstappen: “There Was Lack Of RESPECT Because Of The Huge Age Gap,” Voices Mercedes Driver 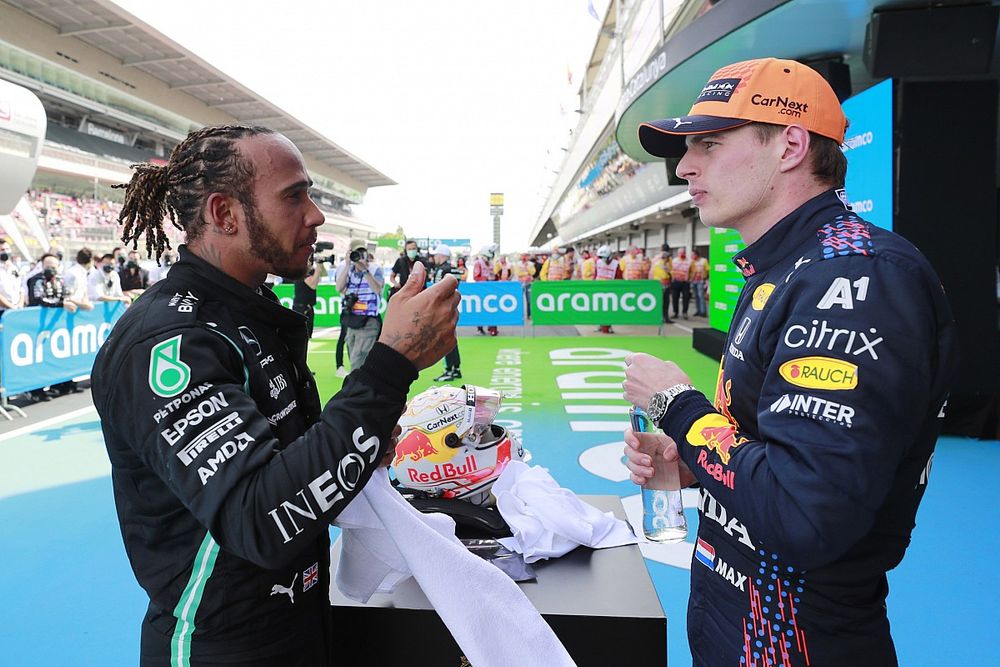 When discussing Formula One rivalries, the first and most recent situation that comes to mind is the 2021 F1 season. It was one of the greatest championship title battles in motorsport history. Controversies have always surrounded Lewis Hamilton and Max Verstappen, as the two have a record for grappling with each other on track. No doubt they have had most crashes, as they were chasing the top track position in every Grand Prix. However, when Hamilton recently opened up about his relationship with Verstappen, the Briton made it clear that he is free of grudges. He has no hard feelings for the Red Bull ace.

Lack Of Respect Was The Reason For Hamilton-Verstappen Rivalry

Lewis Hamilton is a legend! Whereas Verstappen is a 24-year-old rising star. So evidently, they do have a generation gap. Where Hamilton debuted in 2008, Verstappen, being 13 years younger, entered the racing world after seven years. That is why the Silver Arrows driver believes that the huge age gap between the two caused a lack of respect. He admitted openly that there was no mutual respect, perhaps because both of them belonged to different eras.

In an interview, when the seven-time world champion was asked about the last year’s Abu Dhabi GP drama, he said, “There is nothing left over between Max and I,”. Lewis suggested that Max Verstappen just did his duty last year. And now, Hamilton has absolutely no problems with the Dutchman. As Hamilton pointed out, there’s an obvious quite a few years difference between them. And that’s why they lack mutual respect. However, the Mercedes driver made sure that there are no hard feelings between the two.

As a matter of fact, Lewis Hamilton has had battles with other legends like Sebastian Vettel, Fernando Alonso, and Kimi Raikkonen. But they all share a sense of respect towards each other. However, the case is not the same with Verstappen because he is apparently new in the field. The Red Bull driver came much later than all the other experienced racers with whom Lewis has good relationships.

Nevertheless, fans all know that whatever happened between Lewis Hamilton and Max Verstappen in the 2021 Abu Dhabi Grand Prix was a real BIG DEAL. Lewis was almost unstoppable from becoming the Eight-time world champion, a feat that no one has achieved so far. However, the 24-year-old Red Bull driver ultimately did. Max took advantage of a critical situation that changed everything for the two drivers. When Nicholas Latifi’s safety car bumped into the barrier, the race director, Michael Masi, allowed Max to pit for fresh tires. And that was the moment fans knew that Lewis lost the title.

Though Verstappen was a deserving winner, it was hard for Hamilton’s fans to accept it. It was the hardest for Lewis himself as he vanished from the public eye after the event. Despite all the controversies and bitter moments, it is clear that the on-track enemies are not real-life enemies.

For now, that’s all we have about Hamilton-Verstappen relationship, but you can visit our website for more news. We update every single news that happens in Formula 1 and the sports world. So, stay updated and keep following SportsNewsInternational.com.