“Lewis Hamilton Thinks Its Beneath Him,” Claims Fans As Mercedes Driver Not Present In F1 Christmas Video. 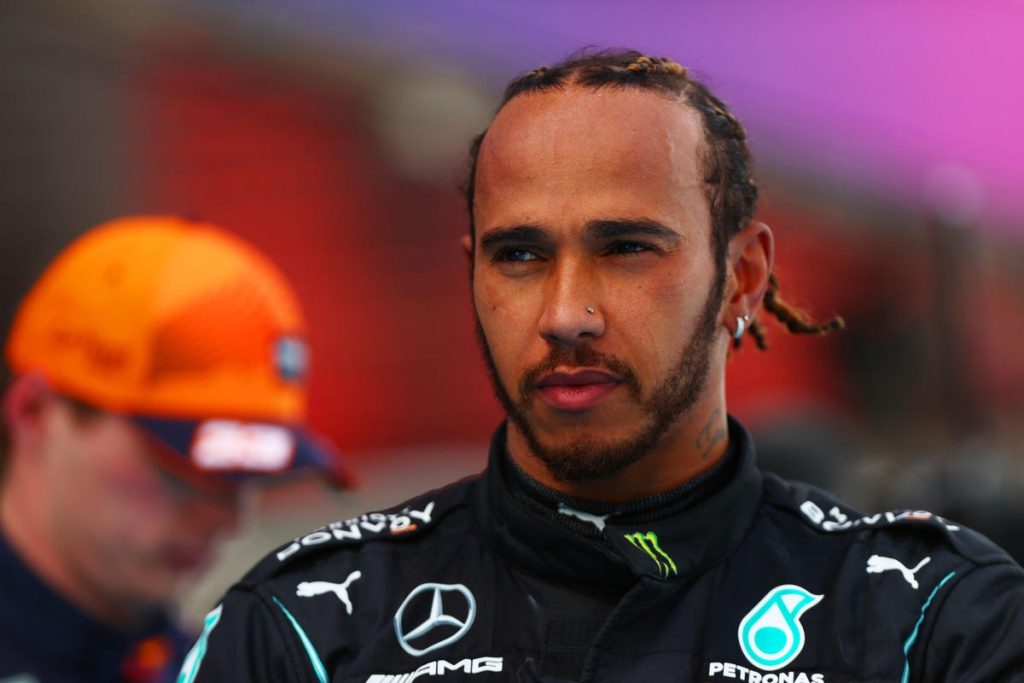 Why was Lewis Hamilton not present in the Formula One Secret Santa Video? F1 fans are really upset this time by the seven-time world champion’s behavior toward the other drivers who played Secret Santa together. There is a clip going viral lately featuring all the F1 grid. Just that one person and the very important person were missing from the video. Fans could not find Lewis Hamilton in there! Because he was not involved with the others! But Why?

In a Secret Santa game, one has to buy presents secretly for the one whose name he gets to pick, which remains hidden. This is a fun event held before Christmas. As Formula One never fails to organize fun, they did not forget to organize the event too! All of the drivers were invited to be a part of the game, in which they had to buy presents for each other secretly. In a thirteen-minute clip released by Formula One, fans got excited to see their favorites playing such a beautiful game. Even Max Verstappen, Charles Leclerc, and George Russell were present. But fans of Lewis Hamilton could not enjoy the scenario as he was not present there.

One of the fans, via Twitter, said, “Why does Hamilton never participates in these [any games including all the F1 grid]? Does he think he’s TOO GOOD for it or something? To this question, one of Max Verstappen’s fans came out to answer! Very sarcastically, the user said, “And then he [Lewis] cries that he is alone in the paddock.” Another fan supported the matter and said, “Lewis Common. Why did he not participate?” There came another statement from a fan saying, “He never does. Maybe Lewis thinks he is too good for it.”

Lewis Hamilton’s absence has created so much criticism for him on social media that it started questioning his attitude. All the above fans’ statement has been recorded on Twitter. It is in any way true that the Briton was absent in the event that involved everyone, including Sergio Perez, Carlos Sainz, and Fernando Alonso.

Meanwhile, Hamilton got supported by some of the fans, who started reminding how he paid for the dinner last month. In Sebastian Vettel’s farewell dinner party that, too, involved all the Grid of Formula One, Lewis Hamilton alone paid the bills. So, basically, it was the party thrown by the seven-time world champion.

The user at KHeikkennen replied to those Hamilton-absence questions, saying, “He gave an expensive dinner party to everyone! While the others came to say that they [Hamilton’s] fans are not bothered by that. Many started counting on the good deeds that Hamilton had done previously in Formula One. But most of the fans remained upset about the fact that Lewis Hamilton never involves himself in events that include all the drivers. This behavior of the champion made them question if he thinks himself superior to others because he has seven world titles or something.