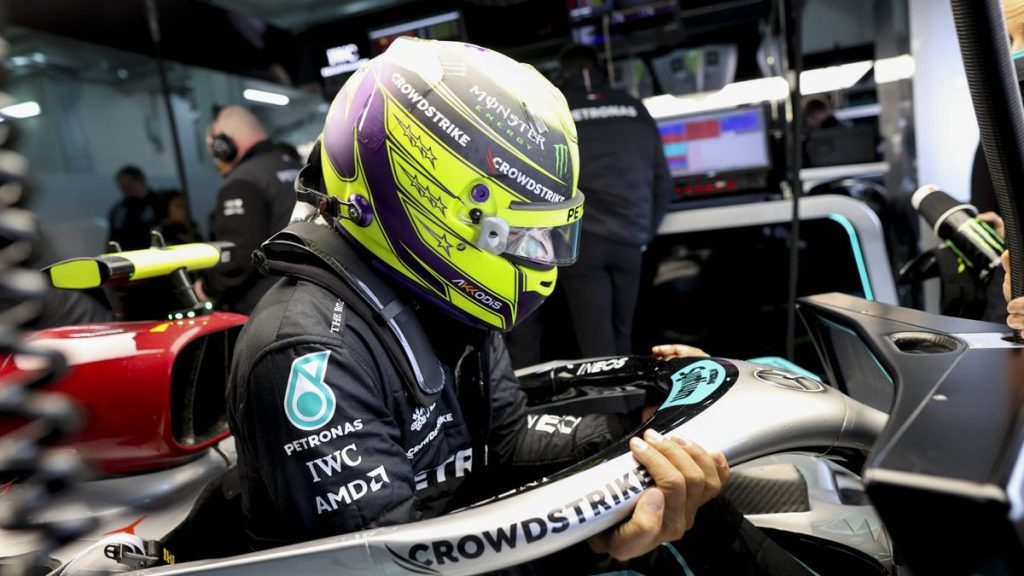 It looks like the stars are not in favor of either Mercedes or their lead driver Lewis Hamilton. Just when they started to see a silver lining regarding their W13 after the Dutch Grand Prix, another issue started looming at their head. But this time, it’ll likely snatch another chance of victory from Hamilton’s hand. But what is that? Keep reading to find out.

As per recent reports, the seven-time world champion is scheduled to have another grid penalty at the Italian Grand Prix. Lewis Hamilton will have to start at the back of the grid penalty for using too many engine parts. Lately, he was provided with a fourth engine after crashing hard with Alpine’s Fernando Alonso at the Belgian Grand Prix. And due to exceeding the engine count (3) allowed to take in a particular championship, the Silver Arrows now have to face the penalty.

Although, Mercedes stated that they are still working out a “recovery plan” for the engine. Hamilton also took the entire responsibility and reckoned that they are still hopeful to use the parts again. Apparently, the third engine required a lot of repairs as fluids started leaking out of the car after the Spa incident. Meanwhile, Lewis Hamilton is not the only F1 driver to take a penalty at the Italian Grand Prix. Valterri Bottas will also start from the back of the grid for Alpha Romeo, and so is Mick Schumacher for Haas.

Not only them, but Ferrari & Red Bull is also planning to have some work on their car. And that will potentially lead them to take the penalty. Although Red Bull has to work on Sergio Perez’s car, as Max Verstappen already took the grid penalty in the last race at the Dutch GP.

Lately, Nico Rosberg added some more weight to Lewis Hamilton’s disadvantage at Monza. The former Mercedes driver & Lewis’ team-mate mentioned that the team would not be in the hunt for a win in the Italian GP at Monza this weekend. Explaining the situation, the one-time world champion stated that the Silver Arrows’ car is inclined to produce an excess drag on straights. And that could be their undoing once again.

Rosberg’s statement reads, “They have the same downforce in the corners as a Ferrari or Red Bull. But so much more drag than them going in the straights.” And that’ll cost Mercedes so much of lap time.