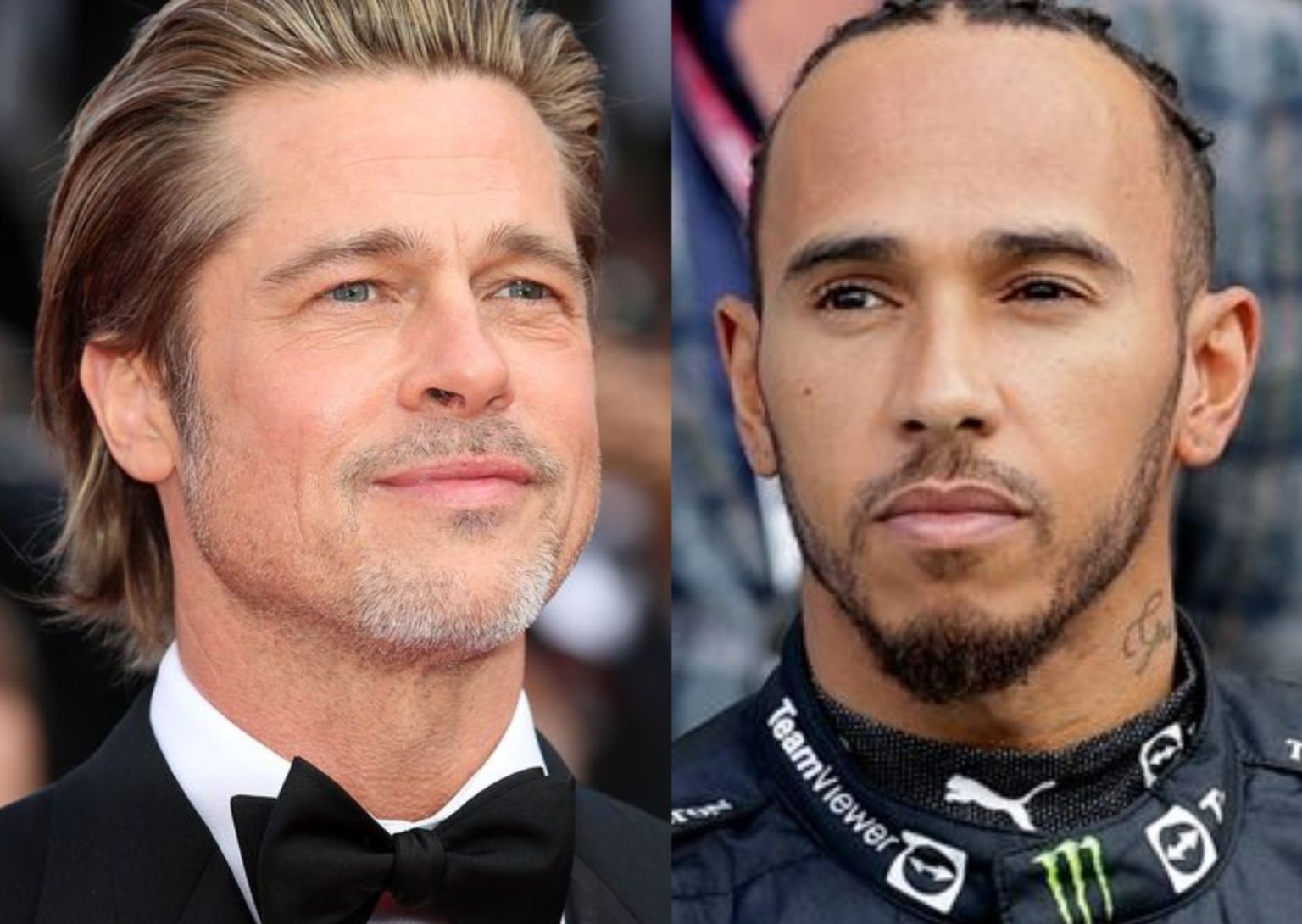 Finally, F1 fans would see a movie depiction of Formula One once again. Lewis Hamilton has been reportedly working on a mega project with the most loving, the $300 million Hollywood Star, Brad Pit. The Mercedes driver is working off-screen for the production of the F1-themed Hollywood movie. Not only that, Hamilton is producing an F1-themed Hollywood film alongside Apple. And as he is busy with the pre-production work, the seven-time world champion shared his experience of working with Brad. He stated that sitting and planning with Brad Pitt was a pretty epic experience. Let’s see what else the Mercedes driver has to say about the two-time oscar winner actor!

The in-production F1 movie is untitled yet. However, Joseph Kosinski, the director of Top Gun: Maverick, will direct the movie alongside Apple. The project is being led by the outstanding producer, Jerry Bruckheimer. As per the reports, Lewis Hamilton was spotted hanging out with Jerry during a trip to Los Angeles last week.

Until now not much information about the movie has come out yet. But so far, fans know that the famous actor Brad Pit will star in the movie as a Formula One driver. The movie’s plot revolves around an F1 Briton driver who comes out of retirement to compete against a rookie driver. And reportedly, it will also contain the off-track activities of Hamilton’s life.

However, fans won’t be able to see Hamilton in the movie as he won’t be appearing on screen. The Briton is working on the plot and script of the movie. Although when the legendary driver was asked about his experience working with the renowned Hollywood star Brad Pit, he said, “Sitting with Brad- just going through the plan and the plot, it was a pretty epic experience.”
Lewis added that they are still working through the script.

Lewis Hamilton further revealed that he went on an Eddie Murphy film set with Jerry during his trip to LA. And just the experience for the Formula One driver was very, very cool. The former world champion pointed out that he is a huge fan of Eddie Murphy, and it was great to have a chance to meet him.

Amid his new project, when Lewis Hamilton was asked about the Hollywood industry, he seemed very impressed with it. Lewis said, ‘We arrive at a movie theatre without comprehending how much work goes on in the background.” He explained how much preparation one has to do in the background by making the team.” The Brit also seemed impressed with the spirit of diversity in Hollywood. He was extremely impressed by the organizations like Disney as they are taking real steps, according to Hamilton.

The seven-time world champion seems very much excited about his movie project as he is having a great time working in Hollywood. For more news about Lewis Hamilton, keep coming to Sportnewsinternational.com.