Lewis Hamilton ROBBED Of His 2021 Title By Max Verstappen Because Of His Origin! Fans Calling Out Biasness After Bernie Eccleston’s Controversial Comment 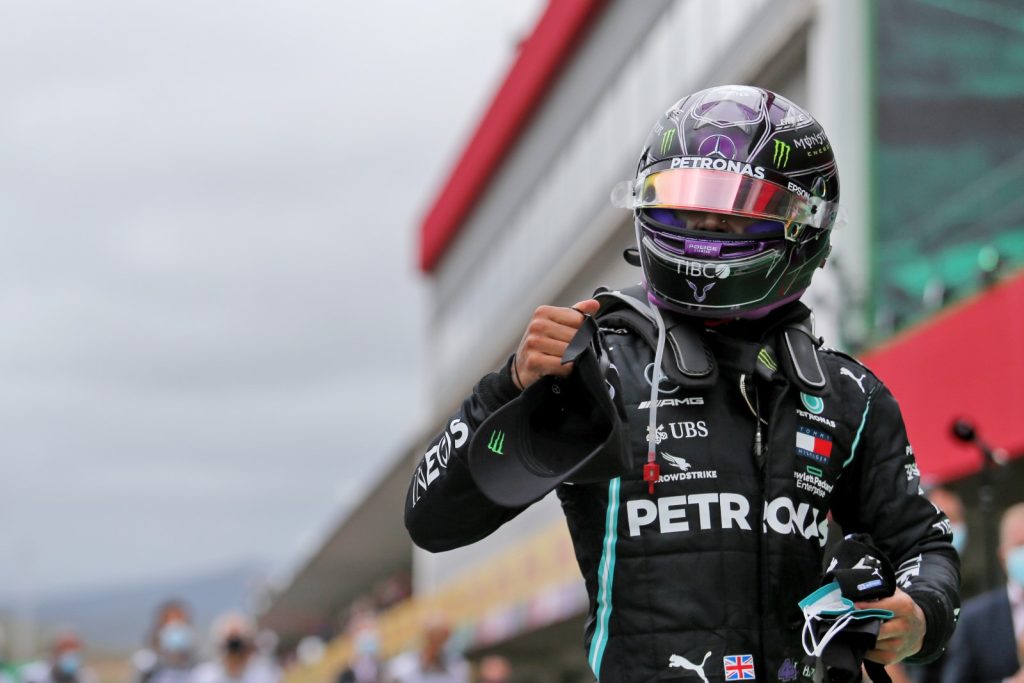 Max Verstappen clinched his maiden title in 2021. Well, some say he did not win the 2021 world championship trophy but robbed it from the seven-time world champion. Though he was deserving, the way he won was just not how he should have won…more …and …more, there is no ending in these debates. But the surprising part of the matter is that it’s still in the discussions. Once again, fans have brought up the forgotten battle after Bernie Eccleston commented on Max Verstappen’s 2021 F1 win. This time somehow, Racism plays a big role in the controversy.

Actually, Bernie, the former F1 paddock boss, has recently suggested that all the F1 fans owe a grateful Thanks to Max Verstappen. Because he has brought what the fans actually wanted, a maiden world title and a pure racer. Adding fire to the comment, a fan on social media raised an issue. At edascedes via Twitter, has sarcastically said that fans should thank Max Verstappen because he, being white, robbed a Blackman?

Max Verstappen, indeed has broken plenty of records with the 2022 F1 season. But he also has received a surplus of critics that too from his past. While celebrating the second championship victory, Max faced threats of losing the first one because of the cost cap saga. In the battle of last year’s championship, when FIA made a human error, Max had to suffer the penalty in the form of Hamilton’s fans’ wrath. As Verstappen took advantage of the steward’s unexpected judgment in the last lap, many considered it wrong.

Lewis Hamilton was just about to break his own and the legend Michael Schumacher’s record of seven world titles. He played well from the start till the end, but just before the race marked its end, Max Verstappen stepped in and stole the title. Fans started asking questions like what just happened? Was Lewis robbed of his eighth title? Because he is a black man? And Max Verstappen is white? The sound emerged.

Meanwhile, the 92-year-old, Bernie Ecclestone, does not go in favor of those who speak against Max Verstappen. He just believes that Max Verstappen is a racer, and if he wins a race, then it is just what he is supposed to do. “Max Just Races and the fans have wanted to see someone like him for a long time.” said the former F1 famous figure. Now, here Hamilton’s fans came and started criticizing Bernie’s comment because he had a history with the seven-time world champion. Once, he was found to criticize Lewis Hamilton because he had interests beyond the sport.

It is obvious that there nothing has been racist, but no one can stop people from taking things as they want to. The 2021 title battle got finished a year ago. But the discussions will always remain alive. As today, a fan gave it a Racism angle. And tomorrow, someone else will make it another angle. Let’s see what more comes in the controversy.