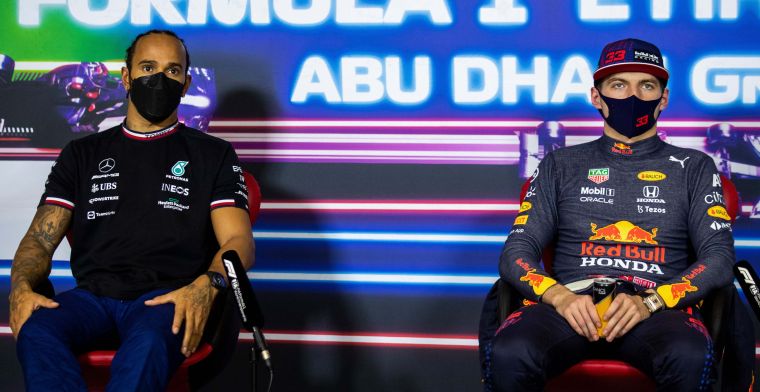 The one thing that the fams talked about this year at all the races is nothing but Lewis Hamilton and Max Verstappen’s rivalry. Although the feud started back in the 2021 Formula One Season when the duo was edging with their best to claim the world champion title. There were many instances when Verstappen & Hamilton collided with full force, verbally and on track as well. However, this year, Mercedes did not put forth Hamilton in the position to have the same battle with Verstappen as last year.

In 2022, Lewis Hamilton came close to the first position many a time at various Grand Prix. However, he had to suffice only with the second position twice in a row. And while stating this epic rivalry between the Briton and the Dutchman, Red Bull boss Christian Horner has claimed that Lewis Hamilton got ‘RATTLED’ by Max Verstappen.

Last year, Lewis Hamilton & Max Verstappen crashed into each other at many moments. However, one of them was far beyond words when Verstappen was pruned by Hamilton and sent rumbling into the tyre wall at around 160mph in a 51G crash. For this, the Mercedes driver got a penalty of 10 seconds. Since then, Horner has been very vocal and keeps on pulling jabs at the seven-time world champion.

The Austrian team’s leader Christian Horner has come forth to make another controversial statement and ignite the fire between the long rivals, Red Bull & Mercedes. And this time, he fired the bullet over the shoulders of their successful race driver Max Verstappen. According to Horner, Verstappen held a psychological advantage in his title battle with Lewis Hamilton. And as a result, the Silver Arrows driver is rattled by Max.

The Red Bull principal stated that clearly, Max got into Hamilton’s head more than otherwise. And the reason is mentioned is that Lewis Hamilton was the seven-time world champion, so he had everything to lose. On the other hand, Max Verstappen is a young kid that’s taking risks, throwing everything at it, and has nothing to lose.

He went on to point out that the Mercedes driver got rattled by Verstappen’s skills. The Dutchman had some amazing overtaking last year, and he also won the sprint race at Silverstone even when Hamilton qualified for pole. So, all of this resulted in a situation of desperation for more victory but has resulted otherwise for the Mercedes driver.