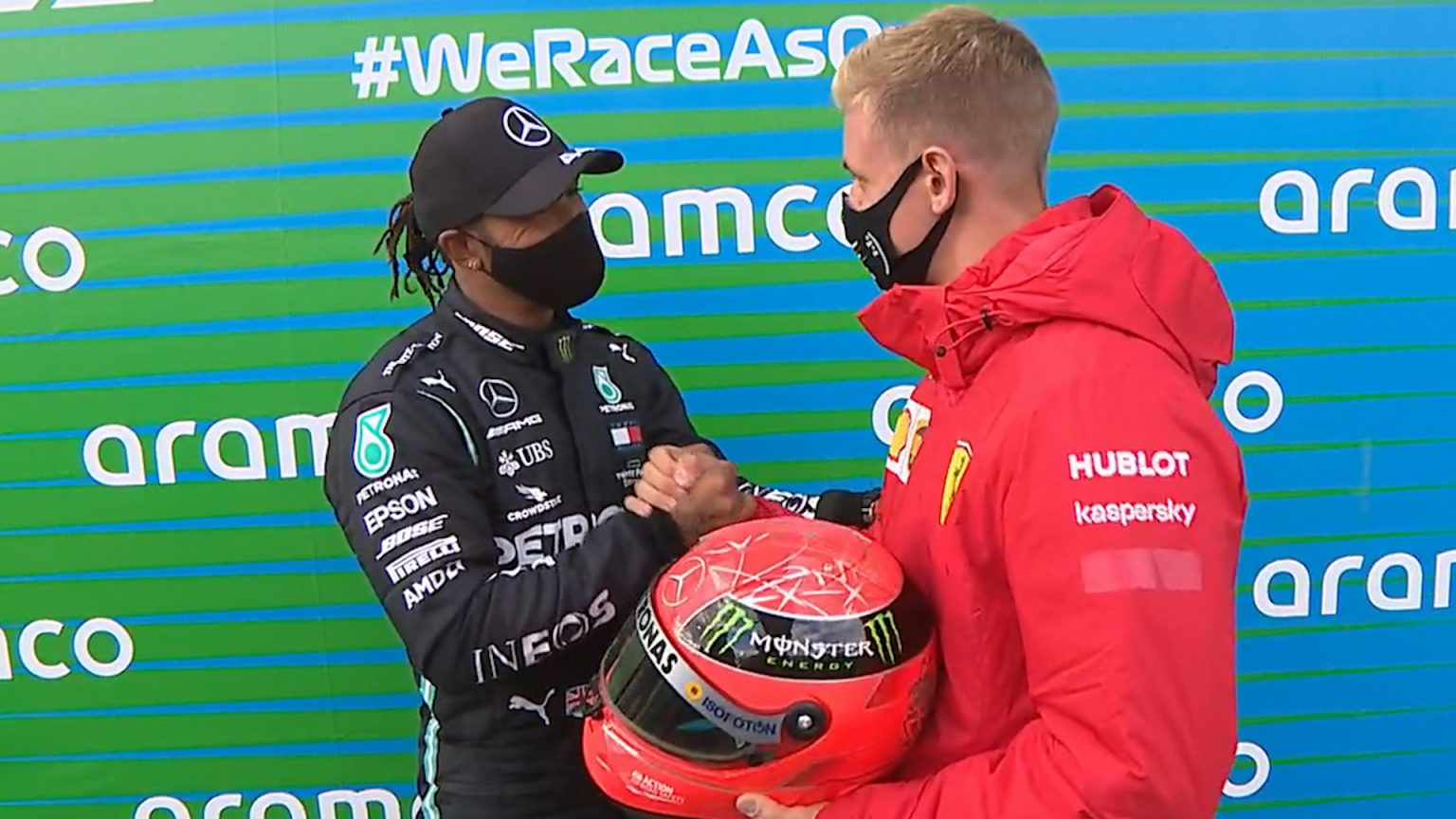 Seems like the Schumacher family and team Mercedes have a lot to deal with together in future times. Recently, Ralf Schumacher, younger brother of the GOAT driver Michael Schumacher has imagined a perfect combination of Lewis Hamilton and little Schumacher. Ralf has suggested that it would be great if Mick Schumacher gets trained by the seven-time world champion in the Mercedes Paddock.

The 2022 season of Formula One marked the end of driving careers for several drivers, including Mick Schumacher. Sebastian Vettel retired from F1, leaving his current team Aston Martin. Also, Daniel Ricciardo and Nicholas Latifi’s contracts ended with McLaren and Williams, respectively. But looks like Mick’s contract end with Haas has probably opened doors for him to get hired by teams like Mercedes.

Meanwhile, Mick Schumacher’s uncle believes that, at present, he is seeking a comeback in a regular cockpit. The one intermediate step for him is an indication from Mercedes to become a reserve driver. Uncle Schumacher believes that becoming a reserve driver would definitely be a very sensible step for Mick. Because then he will be able to work with a lot of experienced teams. And this will help Mick Schumacher to move forward in his racing career.

“The processes at Haas and Mercedes are different, something that Mick can get benefit from,” said Ralf Schumacher. He pointed out that to make a great career ahead, it is very important for Mick Schumacher to work with teams like Mercedes. Mick deserves to do similar work in better cars. And the most important thing, Mick will get the chance to learn from Lewis Hamilton and George Russell at Mercedes.

Hamilton holds the same record as his father, Michael, Seven World Championship titles. Therefore, being with Hamilton will automatically train little Schumacher for tough racing. “It would be an incredible wealth of knowledge that he can get there,” said Ralf.

In addition, the former German racing driver believes that Hamilton is now so advanced and experienced at an age that he can pass on a lot to young drivers. Concluding the benefits for Mick Schumacher when he gets to be in Mercedes, Ralf believes that it would be unbelievable to work with the Mercedes drivers. And the most special thing about this is that Mercedes wants Mick too. Boss Toto Wolff has already hinted in an interview that there’s always a place available for the Schumacher family.

This year Haas ended the deal with Mick Schumacher to replace him with Nico Hulkenberg next season, who will be driving alongside Kevin Magnussen. However, Wolff came out to criticize Haas chief Guenther Steiner for how Schumacher got treated in the team. Wolff also suggested that there is no cockpit available. Otherwise, Mick should have got hired by good teams.