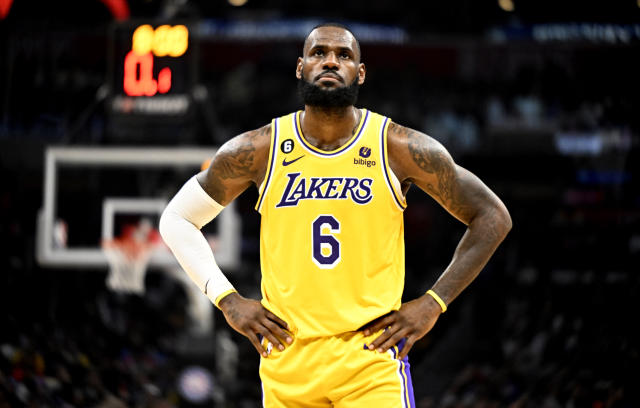 The Los Angeles Lakers are back to winning ways to make a comeback this season. After their horrible start to the season, everyone counted the Lakers team out for the playoffs. However, the recent progress shows the true potential of the team with the NBA’s biggest superstar in the rotation. LA would want to continue their spectacles as this week is the toughest and most vital for their future. In mid-December, many players’ contracts will expire, presenting a great trade opportunity.

But Hollywood has not yet made any certain decisions about how to go about the season. So, this week will show the team whether to go for new players in the squad or continue the same. The entire NBA season can change if the Lakers put their money on the right horses. Apparently, the team is displaying incredible progress after hitting the road for six games. It looks like LeBron James, Anthony Davis, and Russell Westbrook are finally ready to put their strong foot forward. But their leader, James jerked his ankle in the last game against Washington Wizards. So question arising if he is going to sit out for the next game? Keep reading to find out.

The Akron Hammer has laid many years for the Cleveland Cavaliers in his initial years. In his 20-season career in NBA, he spent 11 years in Cleveland playing for the Cavaliers. This year, LeBron James has already lost many games because of his groin injury in November. His left adductor kept him out of the game for two weeks, and he has returned recently. Therefore, if the Lakers want a chance to qualify for the playoffs, AD and LeBron’s health must be top-notch.

After recovering from the groin injury, the big man returned to the game against Indiana Pacers. LeBron James sprained his ankle on the court after losing with just one point on the night. After that game, he tweaked his ankle many times on the court. However, King James insists on playing against his former team on Tuesday. Meanwhile, the Lakers are enjoying their run of shocking wins against the top teams in the table. All thanks to the performance of ‘the Big Three’ of the Lakers.

After a shaky start to the season, the Lakers are now much more stable, with a 10-12 record in the league. After overpowering the Wizards on the weekend, the Lakers move forward to their new stop. The Cleveland Cavaliers wait to host Hollywood as they sit in third place with a 15-9 record this season. While the Lakers won their last game, the Cavaliers saw the face of defeat on Sunday.

Even the odds are in favor of the Lakers because of their hot streak of winning eight out of the last ten games. The Lakers have surprised everyone by showing their true colors after a bad start. With Anthony Davis and LeBron James, the Lakers are ready to take on any team that comes their way. Finally, the Lakers are playing like people expected them to.