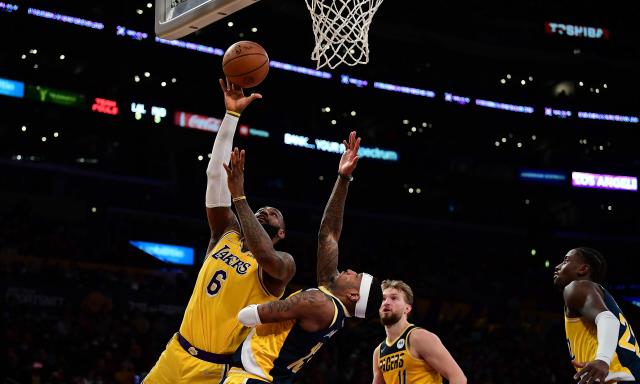 The Los Angeles Lakers are back on the path to attaining the NBA title this year. The squad deviated from the road at the beginning of the season, but things look smoother now. However, the Lakers still sit at the bottom. But soon, they will climb the ladder upward. LA has shown tremendous potential in their last couple of games in the league. This performance has led the fans to believe that they still have a promising shot at the title. Anthony Davis is clearly responsible for the aggressive step taken toward the great development of the team. The 29-year-old skipper stepped up when LeBron James injured himself in his left adductor.

Fans and experts believed that the absence of James would cause the team a derail further in the league. But AD had other thoughts to give his team a small unbeatable run. After this great run, many people started to undermine the abilities of King James. However, James made an incredible return from his injury and scored an incredible season-high 39 points against San Antonio Spurs. Meanwhile, many questions are arising over LeBron’s athleticism, who has played in the league for 20 seasons now.

LeBron James Gives His Take On His Athleticism

The 37-year-old has played at the top level for 20 straight seasons, a feat nobody has done before in the NBA. And still continuing to lead a huge organization like the Lakers on the wooden court is astonishing. However, playing at the very top for so long takes a toll on the human body, which is fairly visible in LeBron’s game. However, the small forward is still averaging 25 points every game. He even shows a glimpse of his vintage gameplay but could not do it because of his age.

Recently, James talked about his athleticism in his recent interview with Spectrum SportsNet. The four-time champ mentioned that he does not need to rely on his athleticism to play the best game on the game. James also says he is smart enough to figure out the things needed to be done most effectively. The Akron Hammer knows that despite his age if he wants to be the greatest, he does not need weaknesses. Apart from physical abilities, mentality has also played a major role in making LeBron James the success that he is.

Meanwhile, there is another record that LeBron could break to secure the top spot for scoring the most points in his entire career. To break the record this year, the L-train will have to keep the pace that he is on right now. However, if he fails to achieve the feat this year, experts believe he could easily do it next year. The 18-time All-star still has got everything the game demands. But expecting him to win the games single-handedly is a bit too much to ask for. However, combining with his teammate Anthony Davis could help in sharing the load.