LeBron James Believes Michael Jordan Is More Than The GOAT, Claims Him To Be “Like A Dad” 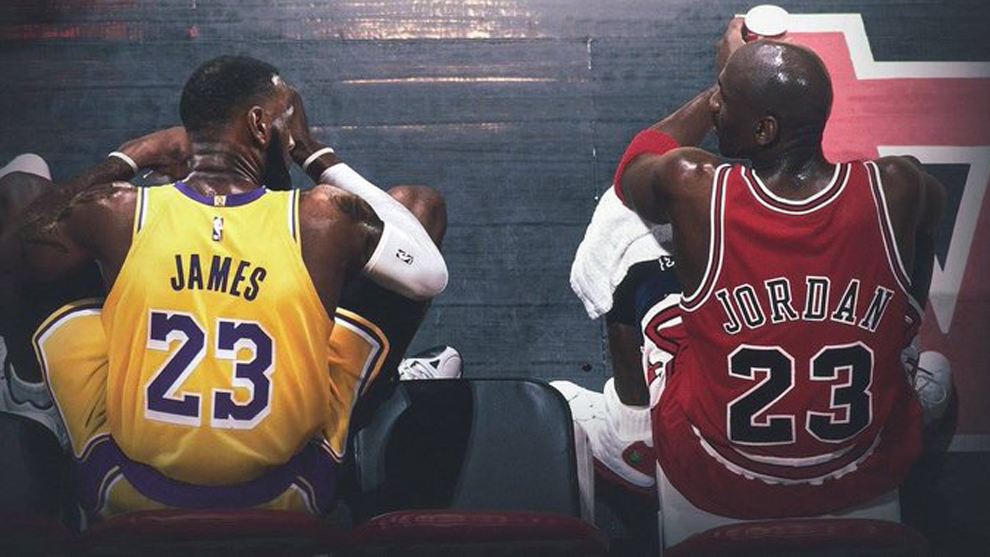 Wherever or whenever you talk about Basketball legends, one name that’ll always come to your mouth is none other than Michael Jordan. He is undoubtedly one of the greatest players of all time. However, his name is always wrapped with the Lakers’ ace player LeBron James being the GOAT. Some believe that Jordan is the GOAT, as he revolutionized the game. But for some, it is King James who brought the game to the untouchable heights.

Even though Michael Jordan retired from the game long ago, time and again, his name turns up alongside LeBron James in the GOAT debate. However, the Lakers player has himself declared the Chicago Bulls’ legend as the ultimate GOAT. Not only that, but James has also given him a designation greater than that. Keep reading further to find out what that is.

King James, even at the age of 37 years, is playing better than many youngsters in the field. After decades of experience, he is at a stage where he achieves or breaks some or the other records in every game he plays. Recently, he passed the late legend Kobe Bryant in playing most games on the greatest holiday, Christmas. Moreover, LeBron James is aligned to break Kareem Abdul Jabbar’s record to secure the most points in NBA history. That is why he is compared to the greatness of Bull’s veteran and Basketball star, Michael Jordan.

However, in one of the interviews at the Associated Press, James clearly accepted that Michael Jordan is the Greatest of Basketball. According to him, “Michael Jordan is like a dad.” By Dad, he meant that if he is going to tell anybody to do something, the players, the media, and the coaches, they should do it.

The Lakers star further elaborated that if anybody in the world can criticize somebody, it can be Michael Jordan only. James even revealed that he could never get mad if Jordan criticizes him.

James Is Close To Surpass Jordan As The Greatest

Recently, the future Hall of Famer Dirk Nowitzki also involved himself in the same debate. However, his take on this discussion was different than usual. According to Dirk, the GOAT title will belong to LeBron James when he surpasses Kareem Abdul-Jabbar’s career scoring record.

Jordan holds the edge in this debate because of his championships, as he has won all six of his NBA Finals appearances. On the other hand, James is 4-7 in the Finals. However, he has longevity on his side. James is in his 20th season, averaging 27.8 points, 8.0 rebounds, and 6.6 assists. Apparently, he is showing no signs of slowing down and leading the Lakers’ boat to the NBA title.