Lakers Discussing To Get Warriors’ Klay Thompson In Free Agency! Will Resolve Shooting Problems For The Team 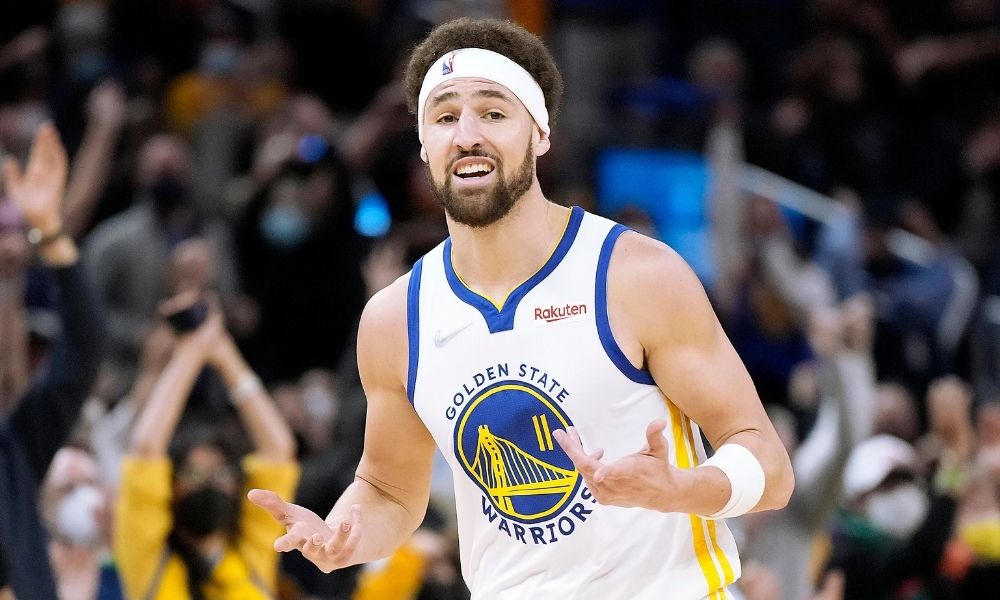 As per recent reports, the Los Angeles Lakers could consider getting Klay Thompson as a free agent in 2024. LA is currently stuck in the fire, which is almost impossible to escape as they dont have a solid plan to move this season. And following the bad fate around the Lakers are many rumors about trade and next year’s goals. However, there is still no solid confirmation from the front office about their trade choices. There is a list of likely players that could come to LA, but there is no confirmation.

Sean Deveney and Jack Simone of Heavy.com Believe that the sharpshooter Klay Thompson could head toward the Lakers. There is no doubt that the Lakers are the worst team when it comes to shooting from a distance. And the team is not getting better any time soon. Meanwhile, an anonymous Western Conference executive told Sean and Jack that Thompson could join Hollywood in 2024 as a free agent. Klay plays for the Golden State Warriors and is loyal to his team. However, it won’t stop him from considering the Lakers as his next home.

Although it is just a probability, for now, many factors will play a role before he turns up in the Purple and Gold jersey. One such factor would be his age, as he is already 32 and will turn 34 in 2024. However, this season, Klay Thompson has been an exceptional shooter from a distance for the Warriors. But his future effectiveness could not be judged based on his performance this year. He is averaging 18.3 points, 3.8 rebounds,2.4 assists, 39% shooting from the field, and 37.3% from beyond the arc. The 32-year-old has also suffered an ACL tear which caused him to remain out of court for two years in a row.

The Lakers Are Cautious In The Trade Market

The Los Angeles Lakers are quite confused and distressed about their current situation in the market. However, the Lakers have still not found a match for themselves. The team currently sits at the 13th position in the Western Conference with a 13-20 record in the league. According to Buha, the Lakers’ front office is in no mood to make a rash decision. In previous years the Lakers have made a lot of rash decisions that cost them two seasons in a row.

If the Lakers think about the future, then they will be wasting LeBron James’ one year as he has only a few left. But the organization will think of itself first, then about any player in the team. But practically, this season has already left the sight of the Lakers. So, the wiser decision would make decisions based on the next season. However, the trade deadline is still a little far to worry about the trade, but the chances to playoff are slim