Jayson Tatum Reveals He Wanted To STEAL THE MOMENT From LeBron James, As Celtics Won Rough Over Lakers 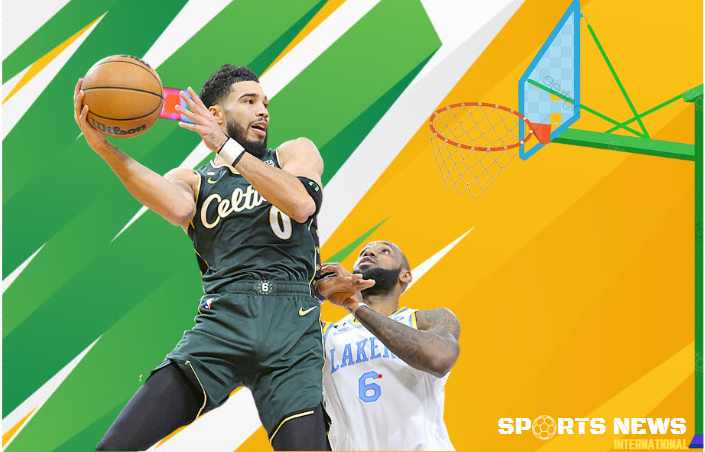 Last night, the Los Angeles Lakers lost a tight game against the in-form Boston Celtics team at the Crypto Arena. The game came down to the free throws Anthony Davis received after getting fouled with seconds left to play. But fate was not on the Lakers’ side, as Davis missed both the throws and the opportunity to lead his team to victory. As always, shooting remains the number one problem that holds the team back in such crucial moments. On the other hand, Jayson Tatum did something spectacular to lead his team to victory.

This is not the first time Anthony has been unable to set up to the line and win the clutch moment. Davis had a similar opportunity to steal the win for the team in the Philadelphia 76ers game. If the Lakers’ superstar had dunked the free throws, the team would have returned with 4-2 o the road trip. However, the moment was stolen by the Celtics star Jayson Tatum who scored the follow-up shot after the free throw miss from Davis.

Boston Celtics have had an incredible season until now as they sit at the top of the Eastern Conference table. The Boston side has been so sensational that they have only lost five-game since the start of the season. In a season where many top teams have struggled, the Celtics have looked invincible after their last year finals defeat. Following the amazing season, the C’s met the Lakers last night at Crypto Arena, which allowed Jayson Tatum to go head-to-head with LeBron James.

Tatum took the challenge head-on as the Celtics were burdened with 20 points lead that the Lakers took after halftime. So in order to take the game to overtime, Tatum had to create a magical moment. Jayson ran on the right wing before turning and fainting his defender, LeBron James, to make a spinning shot. The shot made the crowd go crazy and leveled the score with only 17 seconds remaining. Even the head coach Joe Mazzulla was mesmerized by the display of greatness under the wire. Joe also believes that Jayson’s shot inspired them to play overtime.

There is no doubt that the 24-year-old small forward got the best of LeBron James in the game’s dying moments. In fact, Tatum got the best of the whole Purple and Gold squad. But after showing his skills on the court, the three-time NBA All-star also showed his character. Even after outperforming James, he did not lose a single bit of respect for the 37-year-old.

On the contrary, he described playing against one of the greatest of all time as his honor. Jayson also told everyone that James is about to be 38, and he does not receive enough credit for what he is doing for basketball. Tatum also said he is quite close to LeBron and has a great relationship with the 18-time All-star.